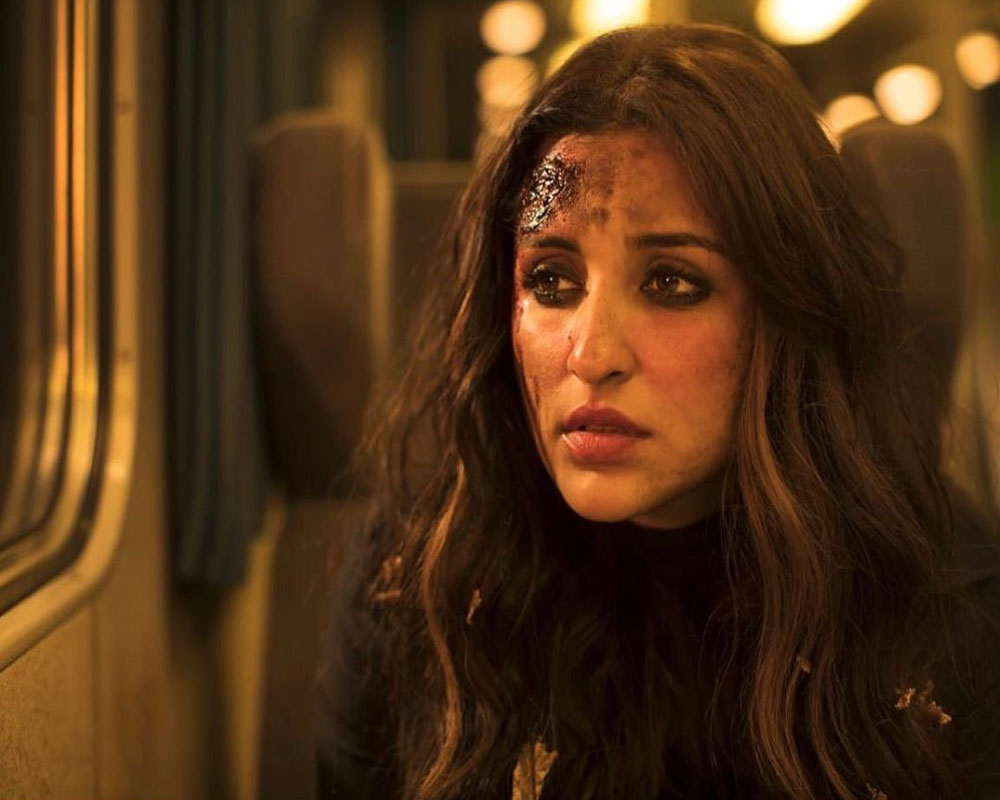 Thriller movie "The Girl on The Train", starring Parineeti Chopra, is now set to release on Netflix on February 26, the streaming giant announced on Wednesday.

Directed by Ribhu Dasgupta, the film is an official remake of the 2016 thriller "The Girl on The Train", which featured actor Emily Blunt.

It is based on Paula Hawkins' 2015 best-selling novel of the same name.

The news was shared by the official Twitter handle of Netflix, which also uploaded a 20-second teaser of the film.

"Join @ParineetiChopra on a train journey like never before. Warning: Board at your own risk," post from the streamer read.

The Hindi version will feature Chopra, 32, playing an alcoholic divorcee who becomes involved in a missing person's investigation.

"Join us on a journey that you won't forget for a long time. #TGOTT premieres 26th February, only on Netflix," Hydari wrote.

Tiwari, who featured in last year's Netflix original "Bulbbul", also shared the teaser, writing, "One murder. One suspect. One mystery.This is a train that you don't want to miss."

"The Girl on The Train" is produced by Reliance Entertainment.