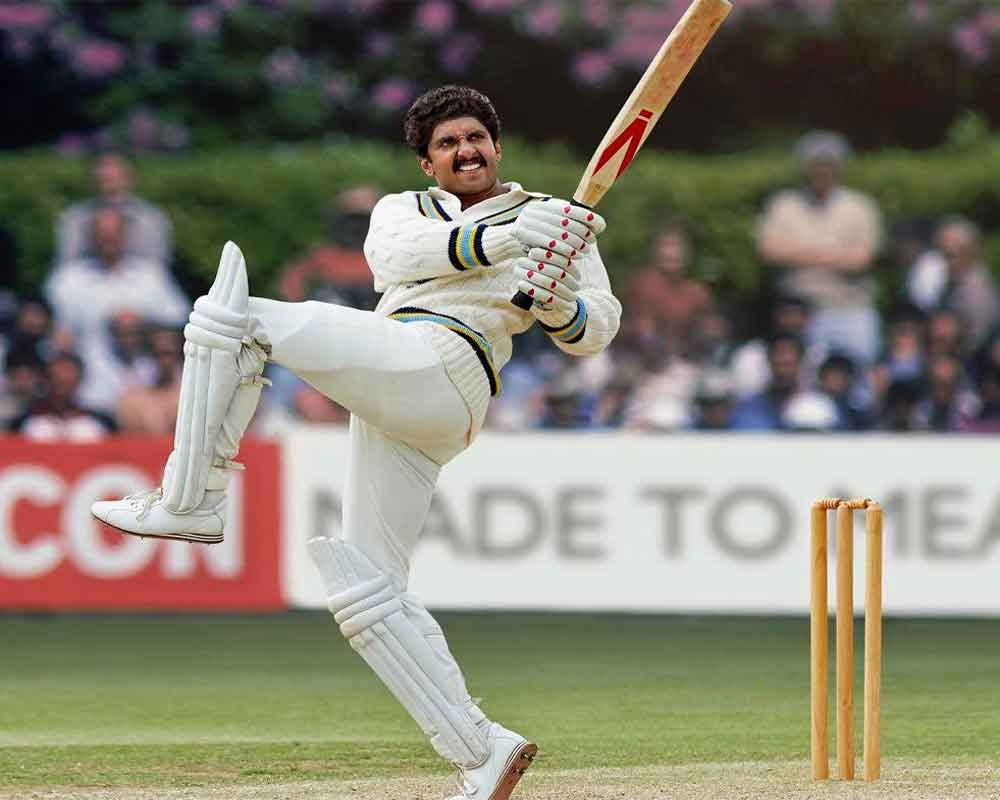 Directed by filmmaker Kabir Khan, "83" chronicles India's win under Kapil Dev's captainship, when the team defeated West Indies in the final to clinch their first-ever World Cup trophy in 1983.

Singh shared the 59-second-long clip on social media that recreated the iconic dismissal of West Indies legend Vivian Richards from the match.

"The greatest Story. The greatest Glory. 83 RELEASING IN CINEMAS ON 24TH DEC, 2021, in Hindi, Tamil, Telugu, Kannada and Malayalam. Teaser out now. Trailer out on 30th Nov. #ThisIs83,” he wrote.

The teaser opens with a packed Lord's cricket stadium where the crowd is rooting for the Indian team and then shows Madan Lal bowling to Richards.

After the West Indies batsman played a pull shot, Singh's Kapil Dev runs and takes the catch. Richard's dismissal was one of the pivotal moments that had shifted the match in India's favour.

The trailer of the cricket-drama, which also features Deepika Padukone as Romi, Kapil Dev's wife, will be released on November 30.

Presented by Reliance Entertainment and Phantom Films, "83" will release on December 24 in Hindi, Tamil, Telugu, Kannada and Malayalam.

Kamal Haasan's Raajkamal Films International and Akkineni Nagarjuna's Annapurna Studios have joined hands with Reliance Entertainment to present the Tamil and Telugu versions of the film.