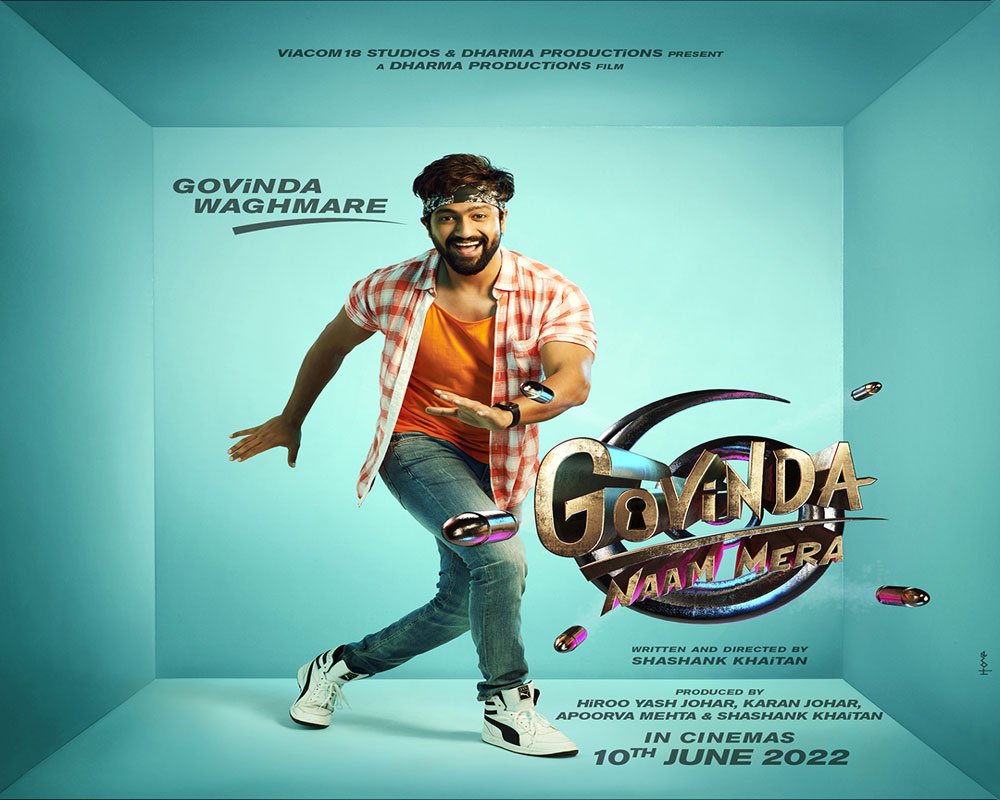 Touted as a light-hearted family entertainer, the film will be written and directed by Shashank Khaitan, who earlier collaborated with Johar on projects including "Humpty Sharma Ki Dulhania", "Badrinath Ki Dulhania" and "Dhadak".

Johar took to social media to unveil the new film from his Dharma Productions, along with a poster of Kaushal, who will essay the role of the film's protagonist Govinda Waghmare.

"Meet Govinda Waghmare! Heart of gold and dance moves are bold! Presenting #GovindaNaamMera, where there will be unlimited laughter, confusion and chaos!" he tweeted.

Johar further said that the film will release on June 10, 2022 in theatres countrywide.

In the subsequent posts, Johar shared the details of Pednekar and Advani's characters.

Pednekar will essay the role of Mrs. Waghmare, the wife of Kaushal's character.

"Mrs.Waghmare is a force to be reckoned with! Meet her in #GovindaNaamMera," Johar posted.

Advani has been cast for the part of "naughty girlfriend" in the movie.