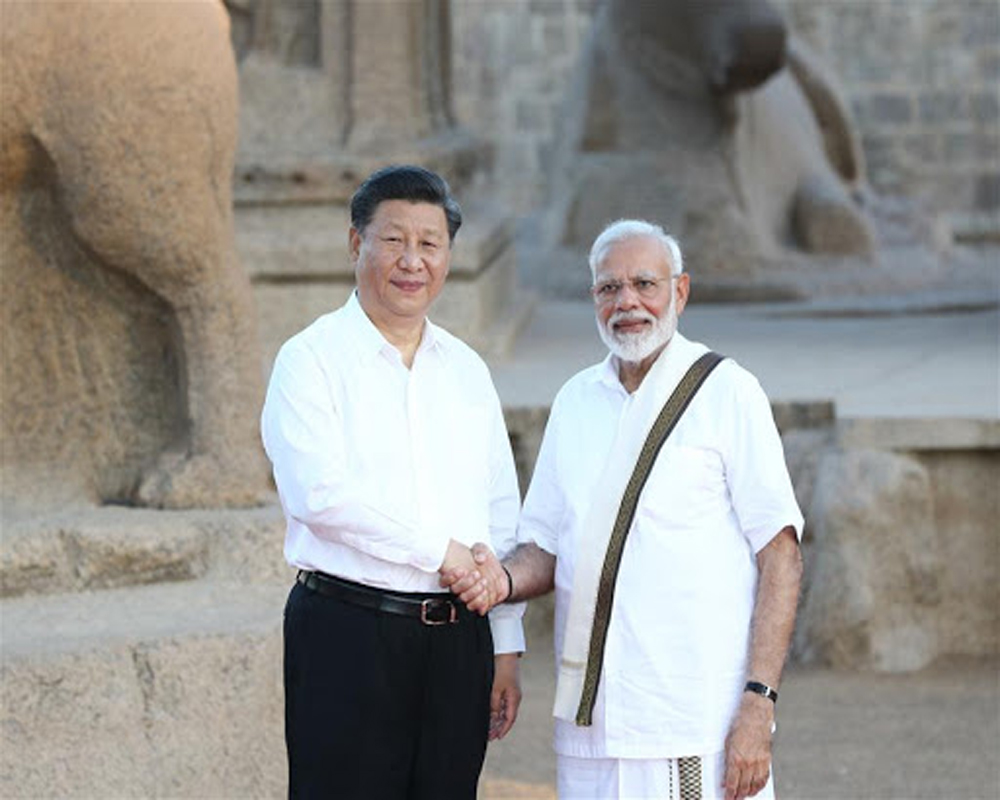 Asserting that both Prime Minister Narendra Modi and Chinese President Xi Jinping are "very responsible" leaders, Russian President Vladimir Putin on Saturday said they both are capable of solving Sino-India issues, and cautioned against any interference from "extra-regional power" in the process.

With Russia publicly critical of the Quad, the four-nation grouping of India, the US, Japan and Australia, Putin also told PTI that though it was not up to Moscow to assess how any nation should participate in an initiative and to what extent they should build their relations with other countries but no partnership should be aimed at making friends against anyone.

The Russian president's remarks, in response to a question on Moscow's view on Quad as well as India's participation in the grouping, were a veiled reference to the Chinese claim that the grouping is to contain Beijing's influence in the strategic Indo-Pacific region.

He also asserted that there were no "contradictions" in Russia's partnership with India and the ties between Moscow and Beijing.

"Yes, I do know that there are some issues related to India China relations but there are always a lot of  issues between neighbouring countries but I know the attitude of both the Prime Minister of India and also the President of China. These are very responsible people and they earnestly treat one another with utmost respect and I believe that they will always arrive at a solution to any issue that they might face.

"But it is important that no other extra-regional power is interfering with that," the Russian President told PTI through a translator during a virtual interaction.

It has been more than a year since the military standoff between China and India erupted in eastern Ladakh on May 5, 2020 during which there were fatalities on both sides for the first time in 45 years. They have made limited progress in achieving disengagement at the Pangong Lake area while negotiations for similar steps at other friction points remained deadlocked.

Asked about the growing proximity between Russia and China and if that will impact the Indo-Russia security and defence cooperation, Putin said the relations between India and Russia were developing quite rapidly, quite successfully based on "trust".

"We highly appreciate such a high level of cooperation with our Indian friends. These relations are of a strategic nature. They cover a whole range of avenues of our cooperation in economy, energy and hi-tech. In defence, and I am not just talking about purchase of Russian arms...We have very deep profound relations with India based on trust," he said.

Putin also asserted that India is Russia's only partner that they are working together with on "elaborating and manufacturing, especially in India, advanced weapon systems and technologies but that is not where our cooperation ends because our cooperation is multifaceted."

During the interaction with select top editors of major international news agencies, including from the US, India, the UK, Germany and France, Putin replied to wide ranging issues, including Russia-US ties, the pandemic situation, the US sanctions against Russia and the Gaza issue.

Asked about Russian foreign minister Sergey Lavrov's criticism of Quad as 'Asian NATO' and his view on India's participation in the grouping, Putin said, "we are not participating in the quad, it is not my place to give my assessment to any other country participating in any initiative because every sovereign nation has the right to decide with whom and to what extent they are building their relations. I only believe that any partnership between countries should be aimed at making friends against anyone, No."

Underlining that countries should work together to seek common goals to address the tasks ahead for their people, Putin said, "in this configuration (Quad), we do not see Russia's place but it doesn't prevent us from working with China or India."

He also noted that India, Russia and China are working in the framework of organisations such as BRICS (Brazil, Russia, India, China and South Africa), the Shanghai Cooperation Organisation (SCO) and also cooperating at the United Nations.

Ahead of his maiden summit with US President Joe Biden in Geneva on June 16, the Russian president also said that he was not expecting any "breakthrough".

"We are not taking steps first — I'm talking about the steps that deteriorated our relations. It was not us who introduced sanctions against us, it was the United States who did that on every occasion and even without grounds, just because our country exists," he said.

Putin also criticised the US for using its currency as a "political weapon".