Political impasse over the holding of elections in Somalia is indeed disappointing: India

Political impasse over the holding of elections in Somalia is indeed disappointing: India 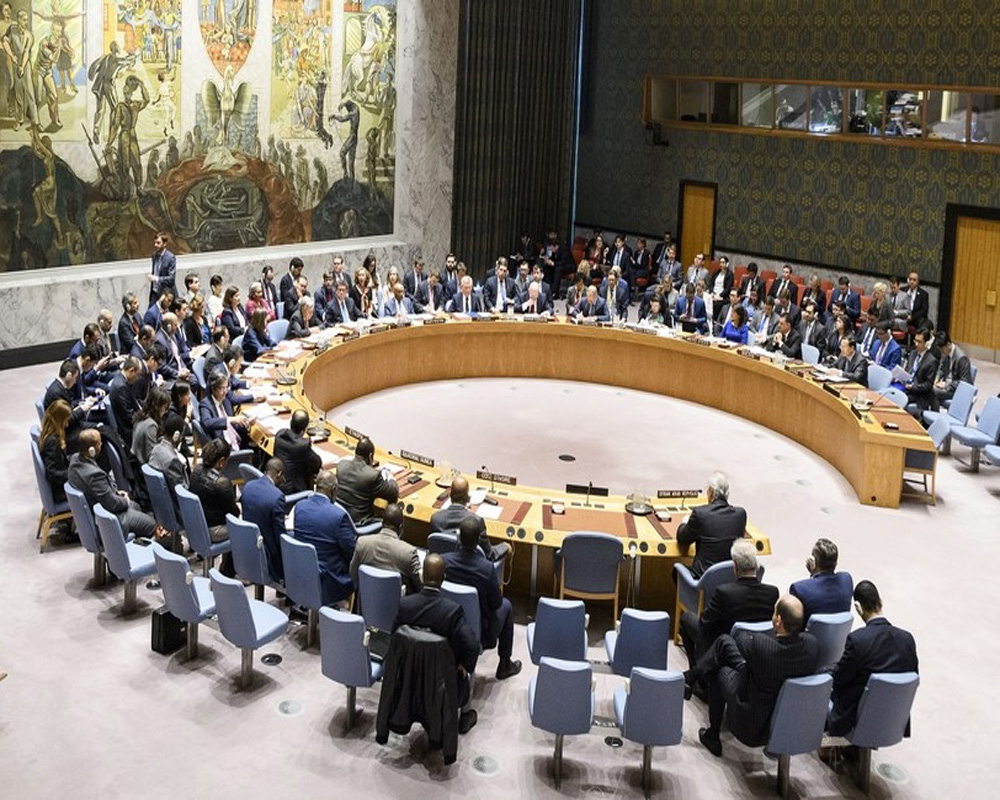 India has termed as “disappointing” the political impasse over the holding of elections in Somalia and said this delay will embolden Al-Shabaab and other armed groups to gain ground and continue their terror acts that will subvert democratic gains made so far.

“Today, Somalia is yet again facing a political deadlock, which is threatening the progress achieved in recent years towards attaining stabilisation. The political impasse over the holding of elections is indeed disappointing,” India's Permanent Representative to the UN Ambassador T S Tirumurti said on Monday at the UN Security Council meeting on Somalia.

He said it has been more than five months since the signing of the agreement in September last year between the Federal Government of Somalia and Federal Member States.

However, “contrary to our expectations,” the meeting between Somalia's leaders planned initially for February 15 and then February 18-19 did not take place.

Emphasizing that it is important that Somali leaders engage in constructive dialogue to resolve the issues that are delaying the holding of elections, Tirumurti said “we now expect an early decision of the leaders towards holding of elections soon”.

He said New Delhi welcomes the February 16 announcement that the Technical Committee representing the Federal Government and the Federal Member States identified solutions to outstanding electoral issues and that these have been submitted to the National Consultative Council.

“There is little doubt that the longer it takes to hold elections, the more complicated the situation will become.                 The delay will only embozden Al-shabaab and other armed groups to gain more ground and continue their terror acts, subverting the democratic gains made so far,” Tirumurti said as he stressed that India urges all Somalis not to resort to violence during this important transition and to encourage dialogue and reconciliation instead.

Special Representative of the Secretary General for Somalia James Swan told the Council via videoconference that the political standoff among key Somali leaders has blocked the implementation of the electoral model agreed by the Federal Government of Somalia President and Federal Member State leaders on September 17, 2020.

“This model was formally endorsed by both houses of Parliament and supported by all other major political actors, but implementation is in dispute,” he said.

Swan added that tensions over electoral implementation have now been compounded by questions raised by some political figures over the legitimacy of President Mohamed Abdullahi Mohamed's mandate following the expiry of his constitutional term on February 8.

The Government cites an October parliamentary resolution permitting the President to remain, but this is contested by others, he said.

Tirumurti voiced concern over the frequency of terror attacks perpetrated by Al-shabaab over the last few months and said that last week's suicide bombing in Mogadishu reflects the fragile security situation in the country.

Strongly condemning these terror attacks, Tirumurti said India is also concerned at the increased use of IEDs by Al-Shabaab and called for extending support to Somali Security Forces in building their capacity to tackle this menace.

India also voiced deep concern at the exacerbating humanitarian situation in Somalia, as sustained conflict and economic instability have been compounded by the triple threat of COVID-19, desert locusts and floods.

Tirumurti said it is “reprehensible” that humanitarian workers working under such difficult circumstances are being targeted by Al-Shabaab and its affiliated groups.

“Access for humanitarian workers remains critical for alleviating the challenges faced by the Somali people. It is equally important to assist Somalia in fighting the desert locust which spreads from that region to many parts of Asia, causing extensive damage to crops. This aspect should also be given special attention by the international community,” he said.

Tirumurti underlined that the situation in Somalia calls for sustained engagement with the Federal Government and Federal Member States to comprehensively address the multitude of problems in political, security, and humanitarian fields.

Noting that the African Union Mission to Somalia (AMISOM) has been playing a key role in containing Al-Shabaab in Somalia for several years now, Tirumurti said Somali security forces and institutions need continued support to tackle Al Shabaab and other armed groups and the transition of security responsibilities from AMISOM to Somali security forces should be carefully calibrated, keeping in mind the ground realities.

Tirumurti cautioned that a “hasty withdrawal will nullify” the progress achieved so far. He further said that the extension of AMISOM mandate should not be limited by the current constraints of funding, adding that a technical rollover of AMISOM mandate would allow all stakeholders to look into the reconfiguration of AMISOM in a comprehensive manner at a later date.

On the issue of piracy, Tirumurti said while there have been no successful piracy attacks off the coast of Somalia recently, the threat has persisted.

The Indian Navy has been conducting anti-piracy patrols in the Gulf of Aden and off the coast of Somalia continuously since October 2008 and has coordinated with multi-national partners to contribute to maritime security and safety for all in the region, he said.