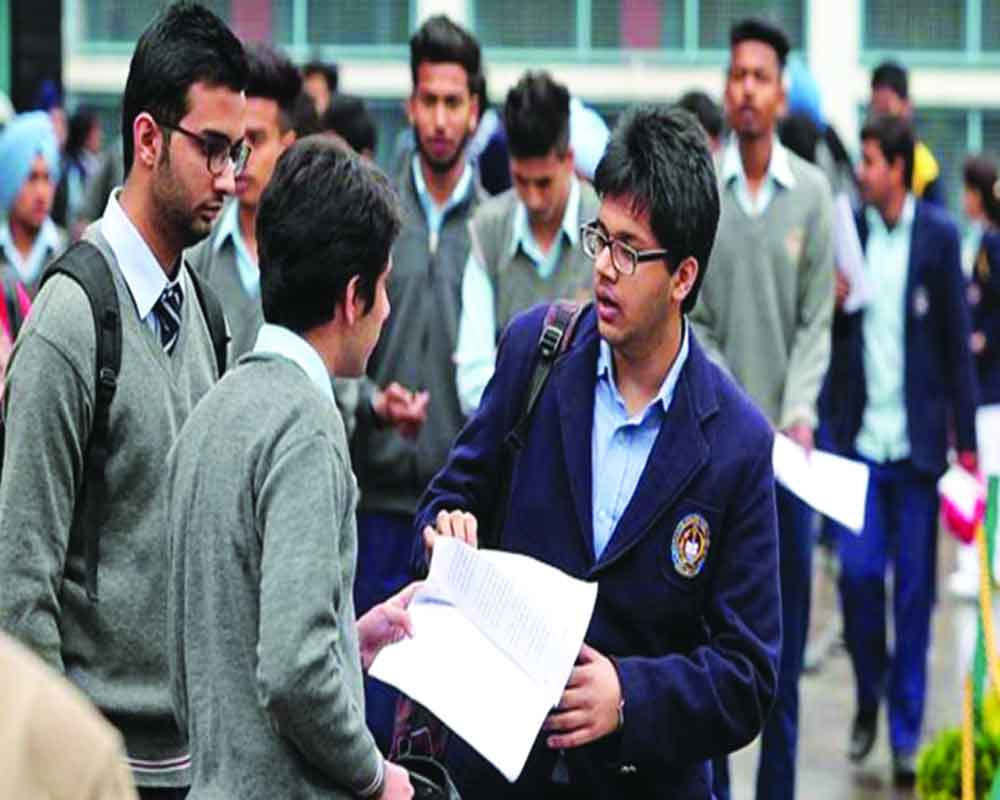 More than 100 boys and girls in Bihar figure among the top ten rank holders in Class 10 examinations conducted by the states school examination board.

However, the pass percentage, for results announced on Monday, at 78.17 per cent was slightly lower than the previous year when it stood at around 80 per cent.

"We can take satisfaction in the fact that our boys and girls performed well despite classes being hit because of the COVID-19 pandemic and the lockdown," said state Education Minister Vijay Kumar Chaudhary.

With a score of 484 out of 500 marks, Pooja Kumari, Shubhadarshini and Sandeep Kumar grabbed the top rank.

Both girls were alumni of Simultala school in Jamui, which has been coming out with a stellar performance in the Bihar board exams in recent past.

"The top 10 rankers include 65 boys and 36 girls. We do not recall so many students performing so well in recent past. The top rankers will be presented with a laptop each by the state government, as part of a scheme in place to encourage meritorious students," said a board official.

Altogether 16.84 lakh candidates had appeared for the exams held in February this year.

The Board refrained from announcing the results at a press conference, as has been the norm, and chose to do so on its official website in view of the recent spike in COVID-19 cases.