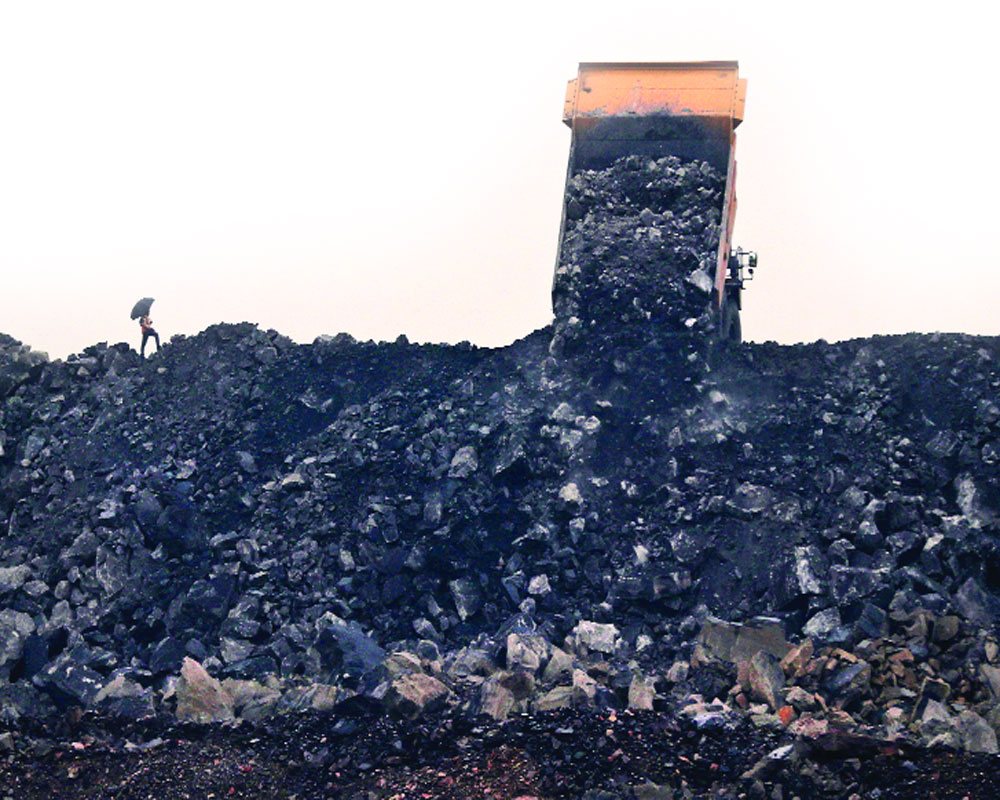 After several States, including Gujarat, Punjab, Rajasthan, Delhi and Tamil Nadu, raised concerns of blackouts amid fears of coal shortage, the Government on Sunday said that there was no shortage of coal in the country.

Union Power Minister RK Singh, who reviewed the coal stock position at thermal power plants, including those plants which are supplying power to distribution companies of Delhi on Sunday, lashed out at Tata Power and GAIL for sending “baseless SMSs” to customers and creating panic about a power crisis, warning that such acts will be treated as instances of “irresponsible behavior.”

Singh noted that the country is four days ahead of the average requirement of coal per day and an “unnecessary panic” was being created over the issue.

“We have an average coal reserve (at power stations) that can last for more than four days. The stock is replenished every day. We are supplying power to the entire country. Whoever wants, give me a requisition and I will supply them,” adding that he was in touch with Union Minister of Coal and Mines, Pralhad Joshi.

Dismissing Delhi’s concerns over a potential power crisis in the national Capital, which prompted Chief

Minister Arvind Kejriwal to seek Prime Minister Narendra Modi’s intervention, the Minister said that there was no crisis regarding power supply in Delhi.

“Delhi is being supplied the required amount of electricity and it will continue. Panic has been unnecessarily created about coal shortage and this is due to miscommunication from GAIL and Tata Power,” he said.

Singh explained that the panic over possible power shortage started because GAIL sent a message to Delhi discoms about stopping gas supply because their contract is ending.

“The Lieutenant-Governor of Delhi spoke with me on Saturday evening about a letter written by the Delhi CM regarding possible power supply disruption. I communicated to him that our officials are monitoring the situation and no such issue would arise,” the Minister said.

“I have asked the GAIL CMD to continue supplying the required amount of gas to power stations across the country. He has assured me that the supplies will continue. Neither was there any shortage of gas in the past, nor will it happen in the future,” he added

The National Thermal Power Corporation has also been advised to offer the normative declared capacity to the Delhi discoms as per their allocations from gas-based power plants under respective PPAs.  Meanwhile, the Ministry also warned that if any discom is found to resort to load shedding despite power being available as per the PPA, action would be initiated against them.