1 in 7 Covid infected children may have lingering symptoms: Study

1 in 7 Covid infected children may have lingering symptoms: Study 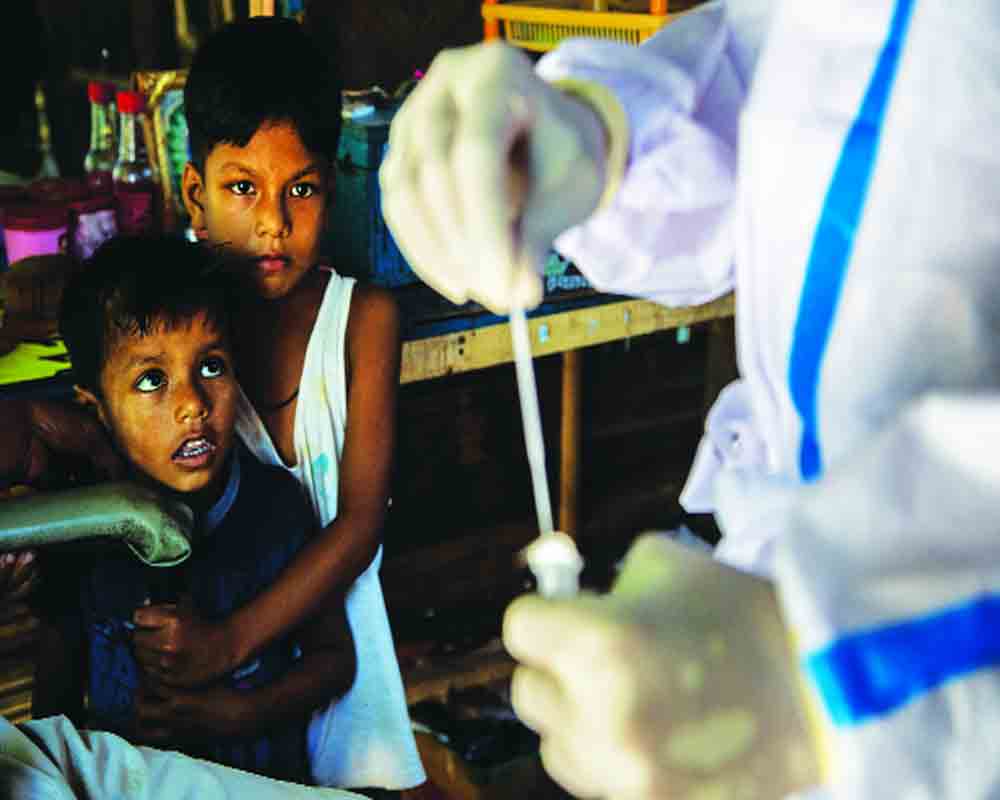 Amid debate whether or not students should be sent to schools in view of impending third wave of the coronavirus pandemic in India, a study by University College London and Public Health England has found that even as children rarely become severely ill due to the infection, at least one in seven infected kids may have lingering symptoms.

The study found that 11-to-17-year-olds who tested positive for the virus were twice as likely to report three or more symptoms 15 weeks later than those who had tested negative.

Researchers surveyed 3,065  kids in England who had positive results in a PCR test between January and March, and a control group of 3,739 who tested negative over the same period.

Among those who tested positive, 14 per cent reported three or more symptoms such as unusual tiredness or headaches 15 weeks later, compared with 7 per cent reporting symptoms by that time among the control group.

The researchers said while the findings suggested as many as 32,000 teenagers might have had multiple symptoms linked to Covid-19 after 15 weeks, the prevalence of long Covid in the age group was lower than some had feared last year.

The findings were a pre-print which had not been peer-reviewed. The authors said any decision to extend vaccination to 12-15-year-olds in Britain was unlikely to be based on this study as there was not enough data on whether vaccination protects against long Covid-19.

Early this year, the European Centre for Disease Prevention and Control had said the majority of children don’t develop symptoms when infected with the coronavirus, or their symptoms are very mild.

However, it is becoming increasingly apparent that a large number of children with symptomatic and asymptomatic Covid-19 are experiencing long-term effects, many months after the infection.

So far, most long Covid research is based on adults. There is less information about under-18s, in part because it takes longer to get ethical approval to study children, said Natalie Lambert at Indiana University School of Medicine.

Symptoms of long Covid were first thought to include fatigue, muscle and joint pain, headache, insomnia, respiratory problems and heart palpitations. Now, support groups and researchers said there may be up to 100 other symptoms, including gastrointestinal problems, nausea, dizziness, seizures, hallucinations and testicular pain.