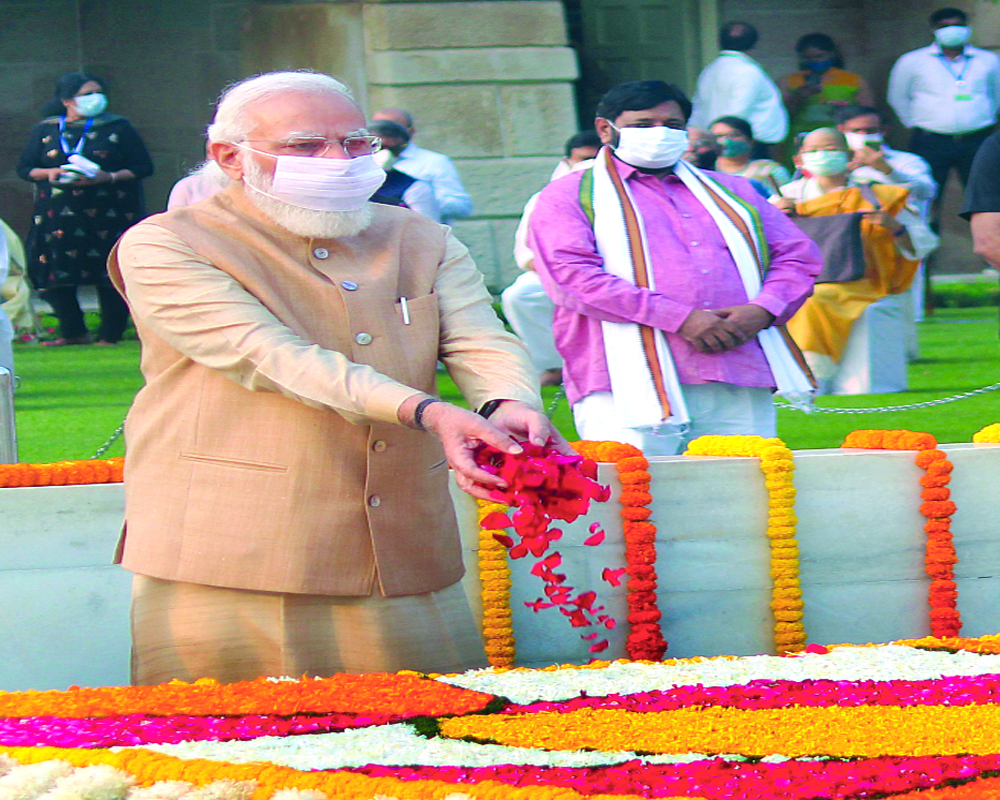 Now, every household in 80 of 718 districts has tap water

Stating that those “responsible” for “policy-making for a long time” should explain questions on the water scarcity in the country, Prime Minister Narendra Modi on Saturday said that five crore households have been provided with water connection since the launch of the “Jal Jeevan Mission” in 2019 and water is now reaching every household in about 80 of 718 districts in the country.

The Prime Minister launched “Jal Jeevan Mission App” for creating greater awareness among the stakeholders on the water mission and “Rashtriya Jal Jeevan Kosh” where any individual, institution, corporation, or philanthropist can contribute to help provide tap water connection in any rural household. The PM asserted that “in just two years, more work has been done for taking tap water to people than was done in the last seven decades”.

Speaking after interacting with gram panchayats and village water and sanitation committees (VWSC) on the “Jal Jeevan Mission”, he said, “Today, water is reaching every household in about 1.25 lakh villages in about 80 districts of the country”.

“Jal Jeevan Mission is also a big movement of decentralisation. This is a village-driven-women-driven movement. Its main base is a mass movement and public participation”, he said.

Without referring to the Congress regimes, the PM said policy-makers for a long-time should explain the nature of drinking-water scarcity in the country. Referring to popular conceptions of the problem of water, the PM talked of movies, stories, poems that tell in detail how the women and children of the village walked miles to fetch water.

In the minds of some people, this picture emerges as soon as the name of the village is taken, he said.

“I think those who had the responsibility of policy-making for a long time, should have asked themselves this question,” the Prime Minister commented.

The Prime Minister said that perhaps the earlier policy-makers did not realize the importance of water as they came from water-abundant areas.

Modi said coming from a State like Gujarat he has seen drought conditions and knows the importance of every drop of water. That is why being the Chief Minister of Gujarat, providing water to the people and water conservation were his priorities.

The Prime Minister said from independence till 2019, only 3 crore households in our country had access to tap water. Since the launch of Jal Jeevan Mission in 2019, 5 crore households have been connected with water connections.

Apparently referring to the political leaders during Congress regimes, he said these people had never seen poverty which remained an attraction for them, a means of showing off literature and intellectual knowledge.

“These people should have strived for an ideal village but they kept liking the shortcomings in the village,” Modi said.

The Prime Minister said since the Independence till 2019, only 3 crore households in our country had access to tap water. Since the launch of Jal Jeevan Mission in 2019, 5 crore households have been connected with water connections.