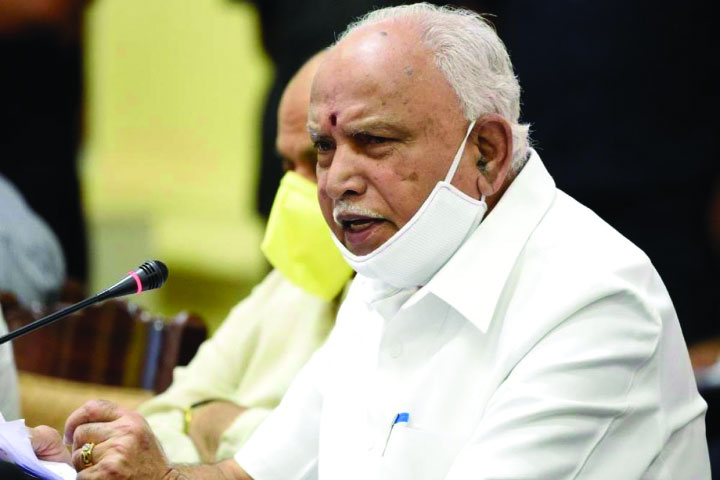 General Secy Arun to travel to K’taka to warn rebels

Squarely rejecting the rebels’ demand for his removal, the BJP central leadership on Thursday not only strongly backed the continuation of Karnataka Chief Minister BS Yediyurappa at the helm but also patted him for “doing very good work”.

In fact, BJP’s Karnataka in-charge and general secretary Arun Singh, who would be traveling to Bengaluru next week on a three-day visit to speak to the rival camps, may even “warn” them against publicly lobbying against BSY or airing their differences.

A warning has also been issued to Yediyurappa loyalists  not to carry out signature campaign in support of the Chief Minister, sources said.

Singh said he would ask dissidents not to raise the demand for the leadership change in Karnataka where Yediyurappa is “doing very good work”.

When reminded that Yediyurappa himself sought to quit if so demanded by the BJP High Command, the BJP general secretary said, “All should say so and respect the command of Prime Minister, Home Minister and the party president. There will be no discussion on the resignation. Yediyurappa is doing well and will continue.”

“No change in CM and State president. This is an imaginary question,” said the BJP leader with a straight face.

The assertion, however, has not put a lid on the rising speculations in the State that Yediyurappa, 78, may be working on a “succession plan”.

Reports of his son and State vice-president BY Vijayendra this week meeting the influential seer of Siddaganga Mutt at Tumkur and “briefing” him about the latest developments have fuelled reports that a plan is afoot to work out a “future leadership” in the State. Yediyurappa had earlier met the mutt seer who has a huge influence over the Lingyat community.

Dissidents notwithstanding, the Central leadership is, nevertheless, keen to find an alternative to Yediyurappa, given the fact that he is the only party leader occupying the top post beyond the BJP’s official cut-off retirement age of 75.