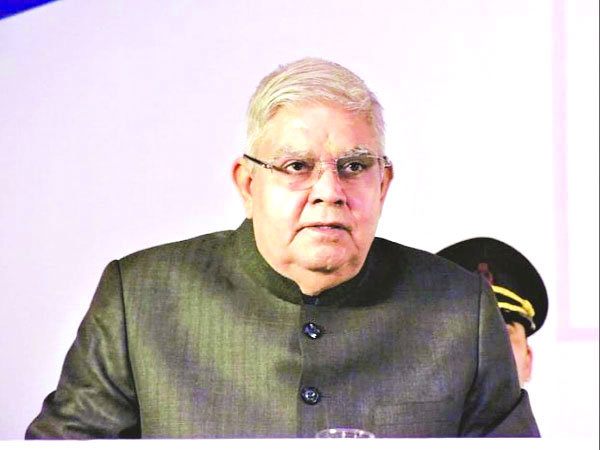 The relentless post-election violence in Bengal claimed yet another life when a BJP worker on Sunday was killed in a bomb attack by alleged Trinamool Congress goons, sources said.

The incident took place on a day when Governor Jagdeep Dhankhar launched a fresh twitter attack on the State Government for the “extremely alarming” law and order situation and called Chief Secretary HK Dwivedi to brief him about the steps taken by the administration to contain what he called “retributive violence”.Jayprakash Yadav, a BJP worker, was bombed to death in broad daylight hardly a furlong away from local BJP MP Arjun Singh’s residence when the victim was returning home from a local party office, alleged the MP, saying three TMC workers, including Lallan Singh, Chandan and Tuntun threw a bomb “straight on his head killing him on the spot”. The pieces of his blown skull were strewn around the area when the MP rushed in.

The victim’s mother was grievously wounded and had been admitted in a local hospital, sources said.

Bombs had been raining in the area since Saturday evening, complained Singh. “Repeated complaints to the police have yielded no result… on Friday night about 100 bombs were charged in the Jagaddal area barely a mile from Bhatpara,” he said, adding “these are poor people who work in the local jute mills … there only fault is that they have supported the BJP in the last elections … not only our men are being murdered but their houses are being looted … it is free for all … the TMC goons are looting property and cash from these people’s houses.”