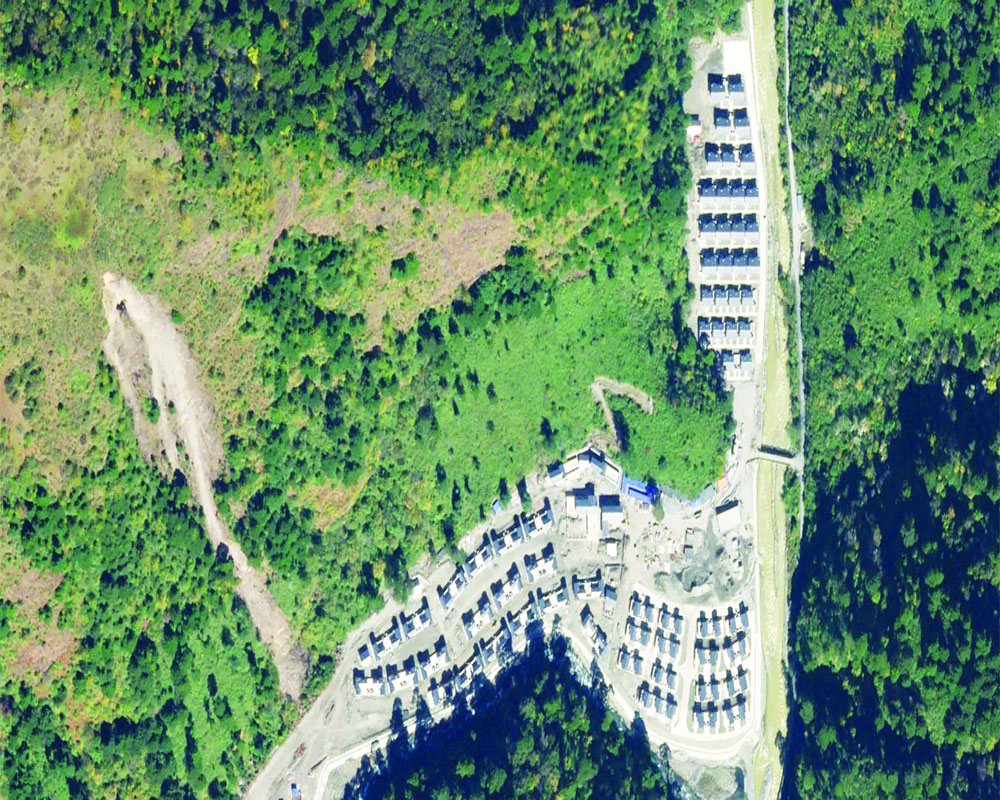 Amid the ongoing talks to defuse tension at the Line of Actual Control (LAC) in Ladakh, China has added fuel to fire by building a village inside the disputed territory in Arunachal Pradesh. India says it has taken note of the construction along the border there and has ramped its infrastructure development projects.

The latest development has rung alarm bells in the security establishment in India. It is apprehended that China wants to maintain the pressure on India by opening several fronts along the 4,000-km LAC stretching from Ladakh in the west to Arunachal Pradesh in the east.

The fresh construction detected by satellite images by Planet Labs shows that China has built a new village of about 120 homes. The village is about five km inside the Indian territory. China has all along disputed the claim, sources said here on Monday.

Giving details about the new construction, they said the village is on the banks of Tsari Chu river in the Upper Subansiri district. Incidentally, the Chinese troops in 1959 had fired on an Indian post there.

“We have seen recent reports of China undertaking construction work along the border area with India. China has undertaken such construction activity in the past several years,” the MEA said, adding, “The Government remains committed to the objective of creating infrastructure along the border areas for the improvement of livelihood of its citizens, including in Arunachal Pradesh.”

The latest satellite images pertain to November last year. The image dated a little more than a year before that — August 26, 2019 — does not show any construction activity. So, the village was set up last year. This was the same area where the Chinese army last year detained five locals.

They also said the maps of the Surveyor General of India earmark that the new construction for the Chinese village is in the Indian zone.

Reports said the new village is a Chinese military post and it was first detected by satellites, including Google Earth, about ten years back. The new pictures of November clearly indicate the post is vastly upgraded, thereby posing a challenge to the Indian security forces.

The Indian security establishment maintains that the coming up of this village is a violation of several agreements between the two countries. The pacts clearly say both countries to “safeguard due interests of their settled populations in the border areas’’ and decree that pending an ultimate settlement of the boundary question, the two sides should strictly respect and observe the Line of Actual Control and work together to maintain peace and tranquility in the border areas.