Cong reposes faith in Baghel, picks him as observer for UP polls

Cong reposes faith in Baghel, picks him as observer for UP polls 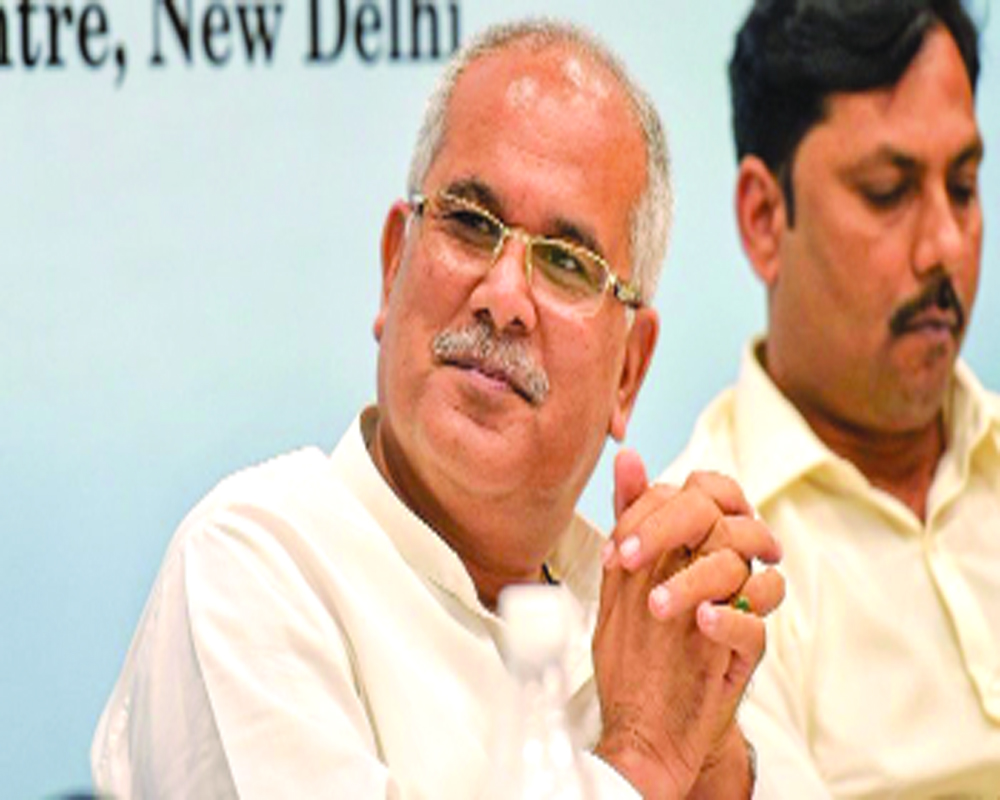 Amid demand for leadership change in Chhattisgarh, the Congress reposed faith in  State’s Chief Minister Bhupesh Baghel by appointing him as the party’s senior observer for the Uttar Pradesh Assembly election to be held early next year.

Baghel was also the observer for the Assam Assembly election held in March.

According to an AICC Press statement, Congress president Sonia Gandhi on Saturday appointed Baghel as AICC Senior Observer for the upcoming Assembly elections in Uttar Pradesh with immediate effect.

There are 403 seats at stake in the Uttar Pradesh election. In the previous Assembly election in 2017, the BJP came to power with an overwhelming majority of 325 seats.

Baghel’s political adviser Vinod Verma has also been stationed in UP for more than one month now.

“The Congress needs an OBC face, specifically a Kurmi leader. Baghel fits in that role. His appointment sends a clear message that the party values him,” a senior party leader said.

“The fact that the appointment comes before Rahul Gandhi’s visit clearly shows the trust he and the leadership bestows on the Chief Minister,” the leader said.

Baghel was also the observer for the Assam Assembly election held in March. Party general secretary Priyanka and others had appreciated the efforts of Baghel even though the party could not form the Government.

Winning a total of 50 seats in Assam, the Congress lost the election and BJP won a majority 75 seats and became the first non-Congress alliance to win two consecutive terms in the State. The Congress, however, gained 26 seats since the last 2016 Assembly election and also saw former Congress man Himanta Biswa Sarma taking over as the CM.

Tension within Chhattisgarh Congress has been rife over the past few days with MLAs arriving in Delhi in a supposed show of strength. The Congress seems to be divided into two camps in the State - one belonging to Baghel and the other to State Health Minister TS Singh Deo.

The feud in the State politics comes at a time when the Congress is already facing an ongoing crisis within its ranks in Punjab and Rajasthan. Charanjit Singh Channi took over as the new Chief Minister following Captain Amarinder Singh’s resignation over a political tussle between him and Punjab Congress chief Navjot Singh Sidhu who too quit as state unit chief within two months of his annointment.

The demand for change of guard in Chhattisgarh surfaced after Baghel completed two-and-a-half years as Chief Minister in June 2021, and Singh Deo’s supporters demanded change in leadership despite the Congress not saying anything about rotation in the state’s top position when it came to power in 2018.