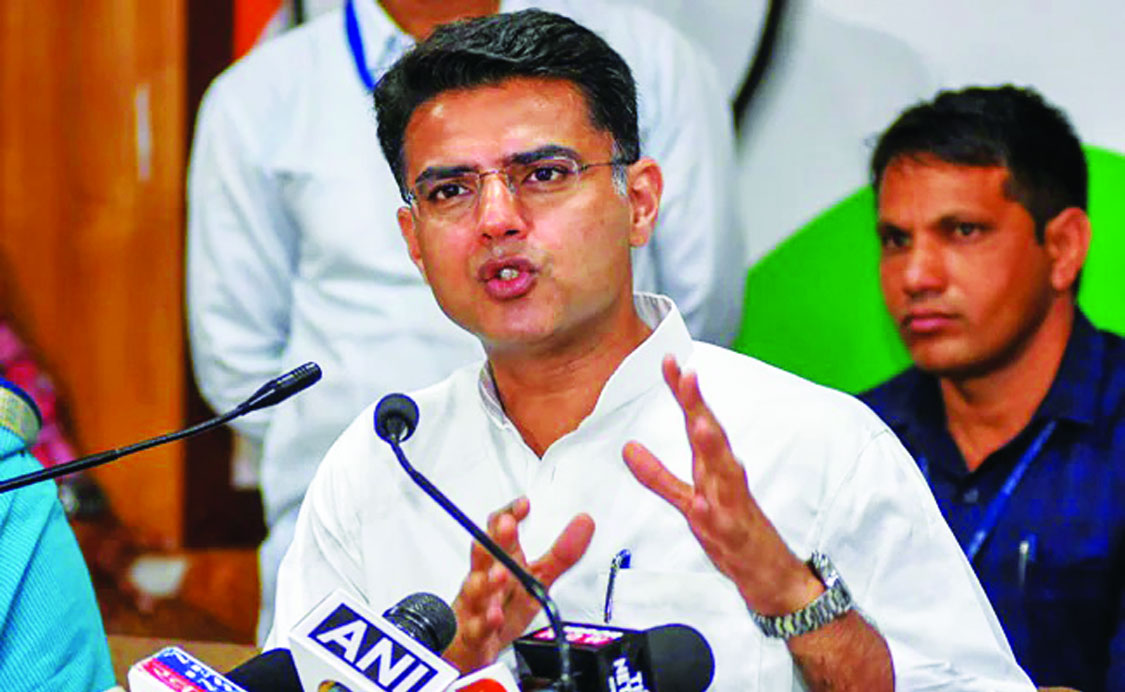 As Congress’ young turk Sachin Pilot timed his reminder to the party leadership about the unfulfilled promises made to him with that of the “exit” of his erstwhile colleague Jitin Prasada, an unnerved Congress high command on Thursday reportedly sent a missive to Rajasthan Chief Minister Ashok Gehlot for an urgent Cabinet expansion to include Pilot loyalists.

The sting of Prasada’s exit also made the three-member AICC panel set up to end factionalism in Punjab Congress submit its report to party chief Sonia Gandhi.

AICC sources said the panel chaired by Leader of Opposition in the Rajya Sabha Mallikarjun Kharge and comprising AICC general secretary in-charge of Punjab affairs Harish Rawat and former MP JP Aggarwal has suggested accommodating all sections, castes and regions in the revamped party unit. Punjab goes to Assembly polls early next year along with Uttar Pradesh and Uttarakhand.

Though no major changes have been recommended at the top level in Punjab, sources said the panel has said rebel leader Navjot Singh Sidhu should be “suitably accommodated” in the revamp and his name is doing the rounds for elevation as deputy Chief Minister, a final decision regarding which will be taken by Sonia.

AICC sources in the knowhow of Rajasthan affairs, said nine new leaders could be given Cabinet berths taking the total to 30 Ministers, including the Chief Minister. Some MLAs from Pilot’s camp and from among the six BSP MLAs who had merged with the Congress to thwart the BJP’s attempt to topple the Gehlot Government could be accommodated.

At present, the Rajasthan Cabinet has 21 Ministers, including the CM.

“The changes will be effected to pacify Pilot and other disgruntled leaders who have resigned in recent times to express solidarity with the Deputy CM in Gehlot Government when he had rebelled. Pilot could be stopped from exiting Congress only with the meditation of Rahul Gandhi and Priyanka Gandhi. The siblings, however, made no efforts to stop Scindia and the latest one, Prasad,” said a senior AICC functionary.

As Prasad announced his exit from the Congress, Pilot on Wednesday raked up the issue of non-resolution of commitments made to him.

“It has now been 10 months. I was given to understand that there would be swift action by the committee, but now half of the term is done, and those issues haven’t been resolved. It is unfortunate that so many of the party workers who worked and gave their all for getting us the mandate are not being heard,” Pilot pointed out.

The comments of Pilot attained more significance due to the exit of Prasad and the renewed internal infighting within the party’s Rajasthan unit for over a month now leading to the resignation of Hemaram Chaudhary, belonging to the Pilot camp, as party MLA. Chaudhary has many times since his resignation in April this year conveyed he will talk about his resentment (with Gehlot) at an appropriate time.

AICC sources said Pilot reiterated his concerns to the party High Command that he and other MLAs belonging to his camp are being targeted and sidelined by Gehlot despite assurances from the Gandhis last year.

In July last year, Pilot and his supporters left Jaipur to camp in Haryana, threatening the stability of the Gehlot Government. Pilot was removed as Pradesh Congress Committee (PCC) president, and it was only when the Gandhis intervened and set up a committee under general secretary Ajay Maken that he returned to the fold.