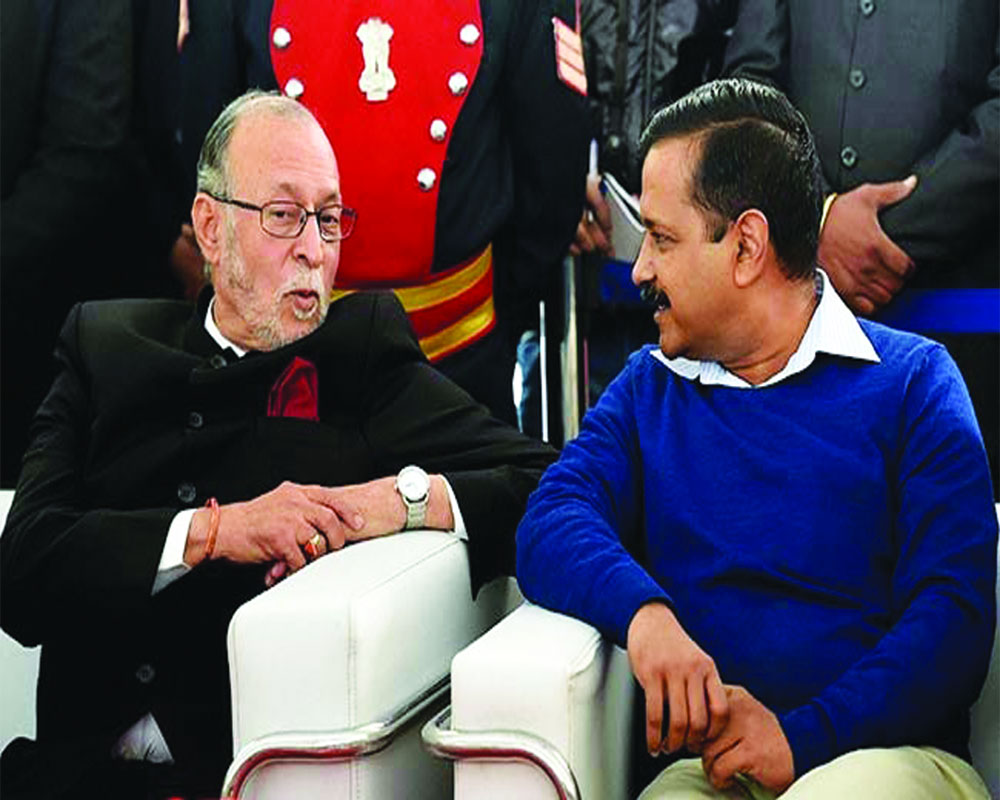 With the objective of giving a proper “interpretation” of a Supreme Court ruling, the Centre on Monday introduced a Bill in the Lok Sabha that seeks to define certain role and powers of the Lieutenant Governor of Delhi. Union Minister of State for Home G Kishan Reddy introduced the Government of National Capital Territory of Delhi (Amendment) Bill, 2021.

According to proposed amendments, Section 21 of the Act — dealing with restrictions on laws passed by legislative Assembly with respect to certain matters — is sought to be revised to clarify that the expression “Government” referred to in any law to be made by the Legislative Assembly shall mean the “Lieutenant Governor”.

A sub-section shall be inserted to this effect in Section 21. In section 24 of the principal Act — which requires a Bill passed by the Delhi Legislative Assembly to be presented to the L-G who may assent, withhold or reserve it for consideration of the President — an additional clause will be inserted to cover any of the matters that fall outside the purview of the powers conferred on the Legislative Assembly.

In Section 33 of the principal Act, in sub-section (1) after the words “conduct of its business”, the words “which shall not be inconsistent with the Rules of Procedure and Conduct of Business in House of People” shall be inserted.

Also, in the proviso, for the words “Provided that”, the following shall be substituted, “Provided that the Legislative Assembly shall not make any rule to enable itself or its Committees to consider the matters of day-to-day administration of the Capital or conduct enquiries in relation to the administrative decisions, and any of the rule made in contravention of this proviso, before the commencement of the Government of NCT of Delhi (Amendment) Act, 2021, shall be void”.

“The section 44 of the act deals with conduct of business and there is no structural mechanism provided in the act for effective time bound implementation of said section. Further, there is no clarity as to what proposal or matters are required to be submitted to the LG before issuing order thereon,” it said.

According to the statement of objects and reasons of the bill, the original bill was enacted to supplement the provisions of the Constitution relating to the legislative assembly and a Council of Ministers for Delhi and for matters connected therewith.

It said that to give effect to the interpretation made by the Supreme Court which had ruled that the city government need not obtain the Lieutenant Governor’s “concurrence” of every issue of day-to-day governance, the bill has been brought.

The Government said it wanted to clarify the expression “Government”, which in the context of legislations to be passed by the Delhi Assembly, shall mean the LG of Delhi, consistent with the status of Delhi as a Union Territory to address the ambiguities in the interpretation of the legislative provisions.

It further seeks to ensure that the LG is necessarily granted an opportunity to exercise the power entrusted to him under proviso to clause (4) of article 239AA of the Constitution, in select category of cases and also to make rules in matters which incidentally encroach upon matters falling outside the preview of the Assembly.

“The said bill will promote harmonious relations between the legislature and the executive, and further define the responsibilities of the elected government and the LG, in line with the constitutional scheme of governance of National Capital Territory of Delhi, as interpreted by the Supreme Court,” the statement of objects said.