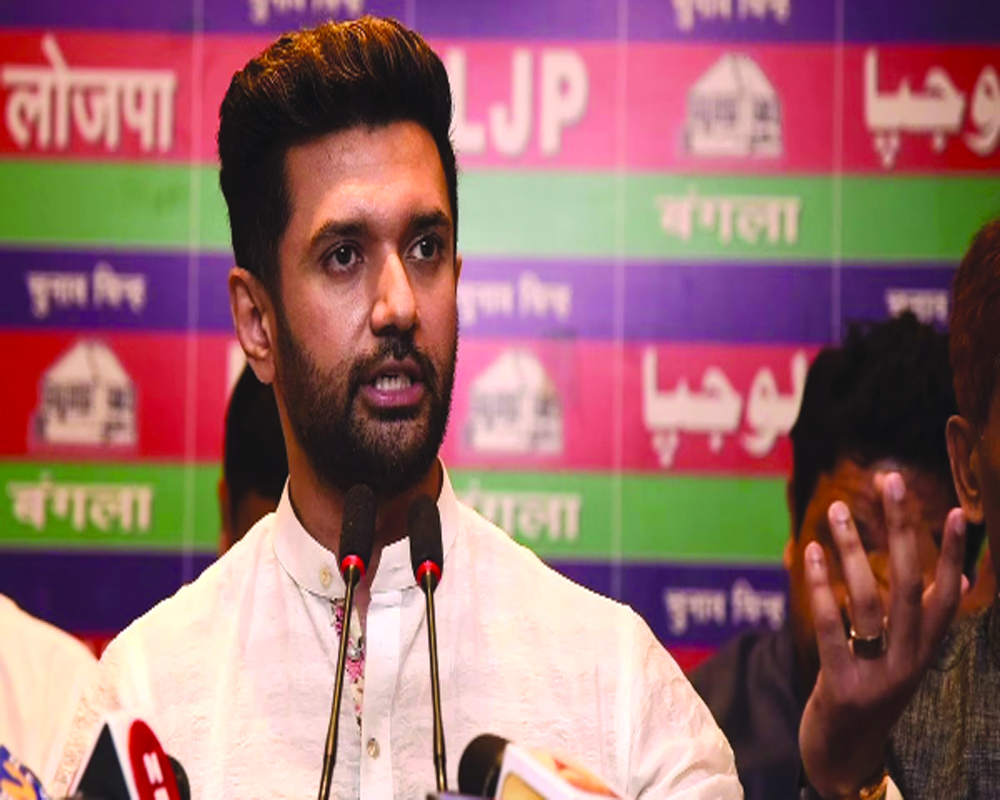 Amid the ongoing tussle between factions led by Chirag Paswan and Union Minister Pashupati Nath Paras for control over the party, the Election Commission (EC) on Saturday decided to freeze the symbol of the Lok Janshakti Party (LJP).

Both factions have been barred from using the name of the party or its symbol “bungalow” till the dispute between the rival groups is settled by the poll panel. The EC has also asked both the factions to choose three free symbols in order of preference by Monday 1 pm. The Commission will then allocate the symbols. The factions can then field their respective candidates for upcoming bypolls in Kusheshwar and Tarapur in Bihar.

“Accordingly, both the groups are hereby directed to furnish, latest by 1 PM on Monday the names of their groups by which they may be recognised by Commission, and the symbols which may be allotted to the candidates set up, if any, by the respective groups. They may indicate the names of three free symbols, in the order of their preference, anyone of which may be allotted to their candidates by the Commission,” the EC said in its interim order signed by Chief Election Commissioner Sushil Chandra and fellow Election Commissioners Rajiv Kumar and Anup Chandra Pandey.

Bypolls for the Kusheshwar Asthan and the Tarapur Assembly seats in Bihar will be held on October 30.

Chirag in his letter to EC dated September 10, reiterated the claim for the post of national president of the party. Further, vide the letter of September 23, the group red by Chirag sought rejection of any claim by Paras regarding allotment of symbol in the forthcoming bye-elections in Bihar. Again on September 29, the group has requested for allotment of symbol “Bungalow” in the forthcoming bye-elections.  Chirag again on October 1, in his oral submission to the Commission reiterated the position indicated in his previous references and sought a decision from the Commission before the last date of nomination October 8.