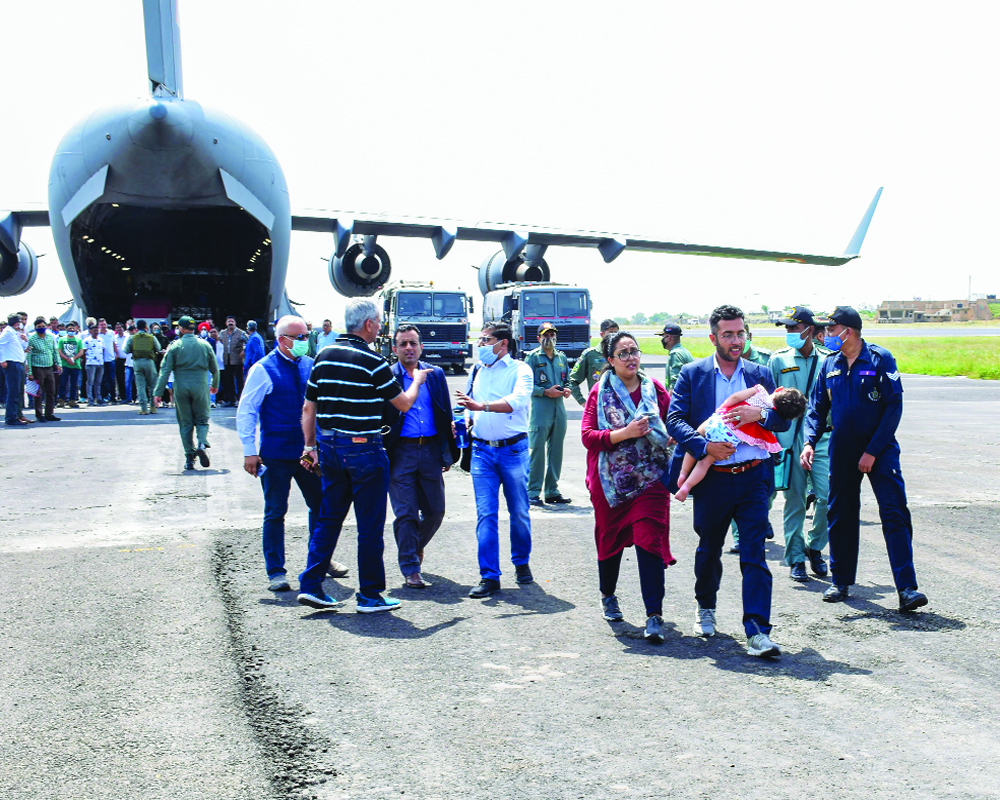 India on Tuesday evacuated its diplomatic staff, including Ambassador Rudrendra Tandon in a C-17 transport aircraft of the IAF, from strife-torn Kabul. The safe pull-out of nearly 150 people, including diplomatic staff and security personnel of the Indo-Tibetan Border Police (ITBP) besides two Delhi-based journalists, took place after some high-level talks between Indian and US decision makers.

External Affairs Minister S Jaishankar called his US counterpart Anthony Blinken to ensure the safe evacuation of Indian citizens from the Kabul airport, which is now in the control of the US Armed forces.  Jaishankar is in New York.

After these high-level interventions, the Indian group was allowed entry into the US security area at the airport.  The C-17 carrying the Indian contingent landed at the Jamnagar airport on Tuesday at 11.15 am en route Hindon airbase, Ghaziabad.  It finally reached Hindon around 5 pm.

A C-17 plane on Monday morning had also brought out more than 40 Indians, including diplomatic staff, and landed here.  Both the C-17s flew to Kabul and returned circumventing the Pakistani airspace, sources said.  The US forces made sure that the two flights landed and took off without a hitch, sources said.

They also clarified that the Indian Embassy in Kabul is not closed and the local staff are providing consular services. More than 1,700 Indians have applied for their return to India.

It is the second time that India evacuated all its staff from the Embassy in Kabul after a similar exercise was carried out in 1996 when the Taliban first captured power.

Giving a sense of the current situation in Afghanistan, Ambassador Tandon said  the situation is serious and  though they have returned, India has not abandoned the people of Afghanistan and the alliance will continue. Thanking the IAF for evacuating them, he said the flight was undertaken in crisis situation.  The Indian contingent was flown out under conditions “that are not normal,” said Tandon.

Against the backdrop of several Indian citizens still in Kabul and other provinces of Afghanistan, he said India is continuously monitoring the situation.  He said Air India will continue to run its commercial services to Kabul as long as the airport there functions.

Air India has suspended its commercial services because of the situation at the Kabul airport.  Tandon said, “We continue to ensure that anyone who is stuck there is somehow brought here for which the Ministry of external affairs has opened a help desk. There are many others who continue to work in Kabul city, despite the changing situation and have changed their mind subsequently and will be brought back when the commercial services begin.”