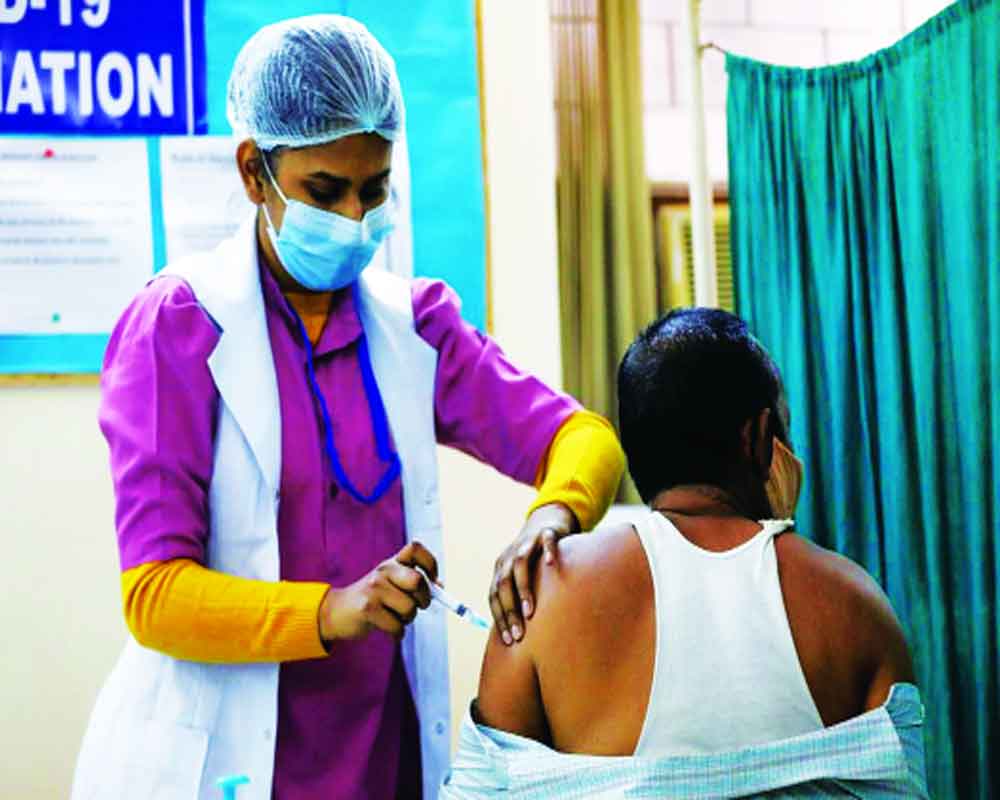 India is likely to achieve the ambitious target of administering 100 crore doses of the Covid-19 vaccine within the next few days even as it has allowed export of stocks to other countries, sources in the Union Health Ministry said.

“As on date, 73 per cent of the total population have been given at least a single dose of the vaccine, close to 30 per cent have received both doses, and we are following up with States to increase the vaccine administration. There are 8 crore doses kept ready for use by the States,” said the Ministry sources.

On Tuesday, the emergency use of Bharat Biotech’s Covid-19 vaccine for the 2 to 18 age-group was also approved.

As per the Union Government data, India has administered over 95.89 crore doses of the Covid-19 vaccine.

“There is no shortage of vaccines, it has, however, been noticed worldwide that there tends to be a saturation once 70 per cent of the population are covered. So, efforts are on to cover the remaining population and counter any vaccine hesitancy. As for the availability of vaccines, the production for October alone is about 28 crore doses. Of these 22 crore doses are of Covishield, 6 crore of Covaxin and 60 lakh of the DNA vaccine,” the sources said.

In the meantime, India reported 15,823 new Covid-19 cases in the last 24 hours, 10.5 per cent higher than Tuesday when the country saw the lowest daily rise in Covid cases since early March with 14,313 infections. India also reported 226 deaths due to coronavirus.

Meanwhile, news agency IANS quoted  eminent scientist and biochemist Prof G Padmanaban as saying that  India may require the third dose of Covid vaccine by the middle of next year as breakthrough cases even after full vaccination have been prevalent, even though mostly mild.

Prof Padmanaban, who is chancellor of Central University of Tamil Nadu and a Padma Bhushan recipient, said that his opinion of a third dose is based on “scientific understanding”.

“In an infection by the Delta variant, which is widespread, there is a six-eight fold drop in the potential of antisera from vaccines to neutralise the variant compared to the wild type (used for vaccination- spike or whole virus).

“Nobody still has a clear answer to how long the protective antibodies will last, it has been variably estimated to be between six months and one year. If the virus has not weakened by itself, by that time, there is the possibility for a re-infection,” he said.