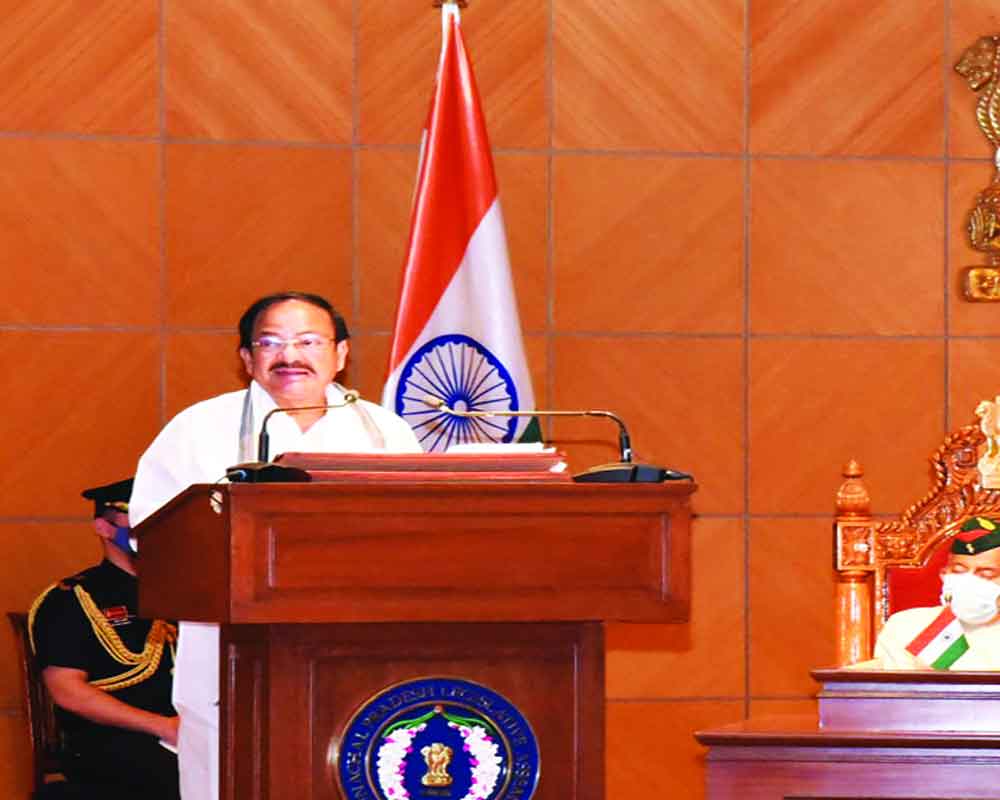 India on Wednesday slammed China for its objection to a recent visit to Arunachal Pradesh by Vice President M Venkaiah Naidu, asserting that the State is an “integral and inalienable” part of India.

External Affairs Ministry Spokesperson Arindam Bagchi said Chinese objections to the visit of Indian leaders to a State of India “does not stand to reason and understanding” of Indian people.

“We have noted the comments made today by the Chinese official spokesperson. We reject such comments. Arunachal Pradesh is

an integral and inalienable part of India,” the MEA Spokesperson said.

Bagchi was responding to a question on comments in Beijing by a spokesperson of the Chinese Foreign Ministry objecting to Naidu’s visit to Arunachal Pradesh over the weekend.

China has been objecting to visits of Indian leaders to Arunachal Pradesh in its bid to use the issue as a bargaining leverage with New Delhi for boundary negotiations. Beijing claims Arunachal Pradesh as a part of South Tibet which is contrary to the ground position.

The fresh war of words between the two sides came three days after the 13th round of military talks on the 17-month eastern Ladakh standoff ended in a stalemate.

The 13th round military talks were held amid pinpricks in Arunachal Pradesh and Himachal Pradesh as also propaganda warfare online by People’s Liberation Army (PLA) to demoralise the Indian delegations for the confabulations on Sunday.

“Further, as we have mentioned earlier, the current situation along the Line of Actual Control (LAC) in the Western Sector of the India-China border areas has been caused by unilateral attempts of the Chinese side to alter the status quo in violation of the bilateral agreements,” Bagchi said.

“Therefore, we expect the Chinese side to work towards early resolution of the remaining issues along the LAC in Eastern Ladakh while fully abiding by bilateral agreements and protocols rather than trying to link unrelated issues,” Bagchi said.

On Monday, a day after the 13th round of military talks, Indian Army said the “constructive suggestions” made by it were neither agreeable to the Chinese side nor it could provide any “forward-looking” proposals.

The Chinese PLA’s Western Theatre Command, however, said India insisted on “unreasonable and unrealistic demands, adding difficulties to the negotiations.”