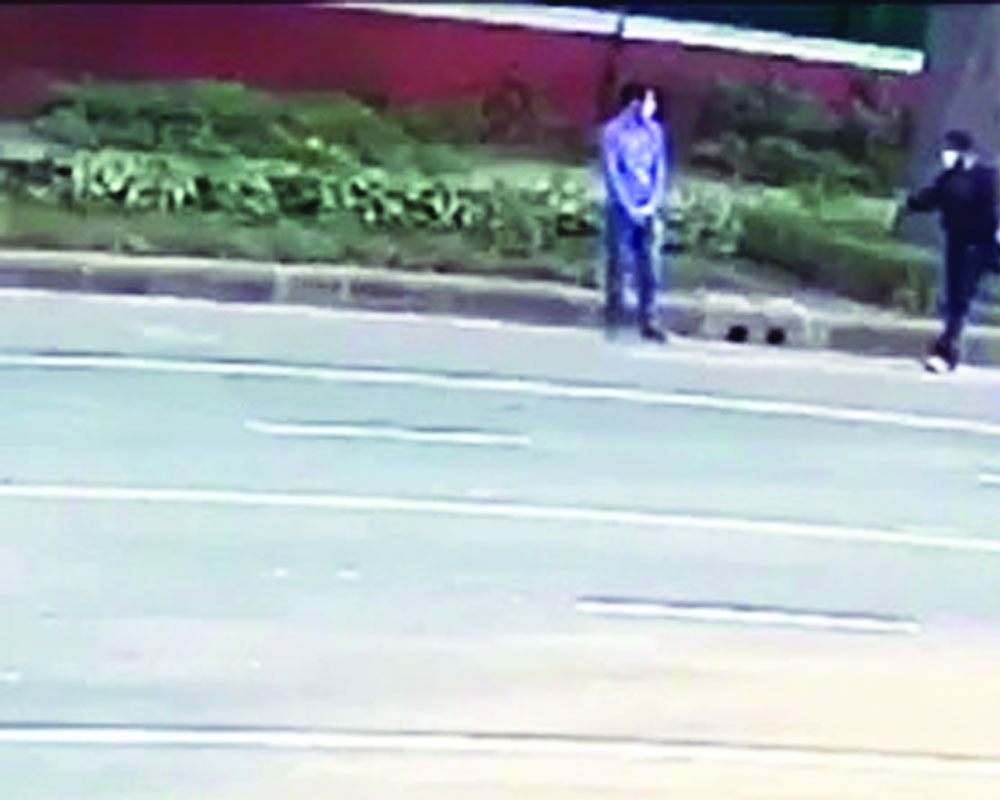 The National Investigation Agency (NIA) on Tuesday announced a reward of Rs 10 lakh each for providing information to help identify two suspected individuals, as captured in CCTV footage when explosives material was being planted outside Israeli embassy here.

The case relates to an explosion near Israeli embassy here earlier this year.

“Any information in this regard leading to identification and arrest of the suspected individuals will be rewarded with cash of Rs 10 lakh on each suspect,” the NIA said in a statement.

The NIA also shared the drive where one can access the pictures and videos of the two suspects. Those willing to help further the investigation can visit https://drive.google.com/drive/folders/18kmmCvfFXm8bXQovI9bxye8qcr0zLqFr?usp.

A minor IED blast took place near the Israeli Embassy in the diplomatic area in the heart of Lutyens’ Delhi on the evening of January 29. The case was handed over to the NIA on February 2.

No one was injured in the incident but some cars were damaged in the explosion that occurred about 150 metres away from the embassy on Dr APJ Abdul Kalam Road in the high-security Lutyens’ bungalow zone.

The move comes as the agency has not been able to take the probe forward as the masked faces of the suspects in the CCTV footage has made their identification difficult, sources said.

With the circulation of the photo grabs from the CCTV footage and the related videos could lead to information about the suspects, they added.