Lack of O2: Row over Govt claim of zero casualties

Lack of O2: Row over Govt claim of zero casualties 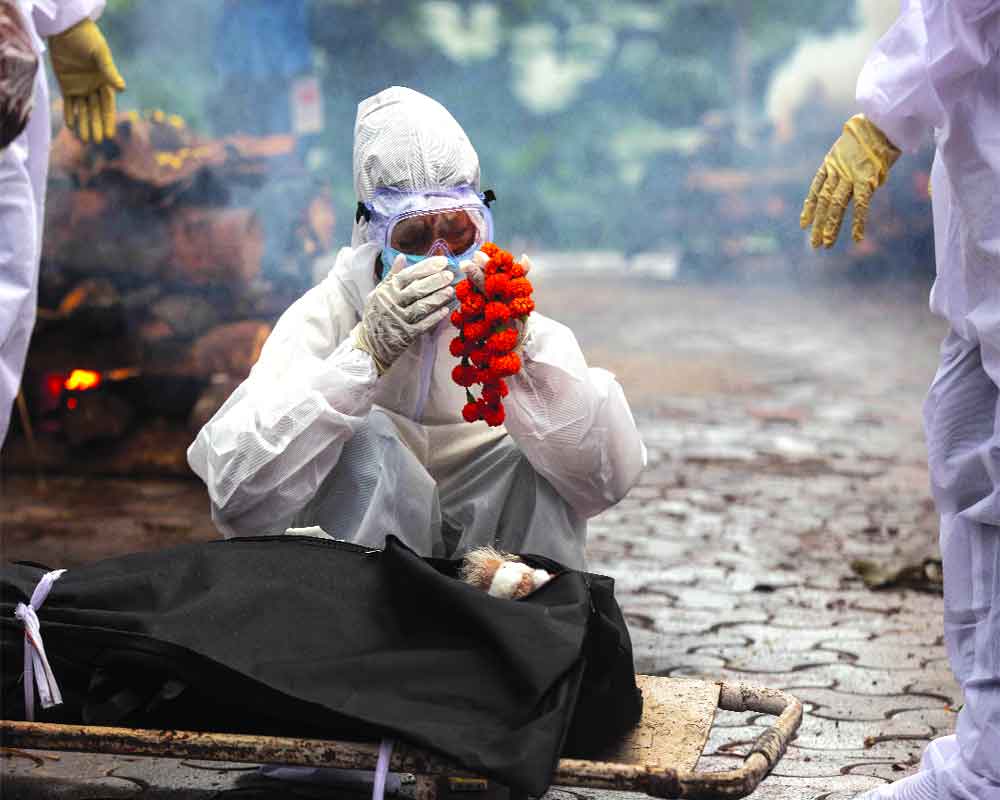 A massive controversy has erupted over the Centre’s claim in the Rajya Sabha that no one died due to lack of oxygen during the second Covid-19 wave. While the Opposition targeted the Centre, the Congress was left red-faced as three of the States where it has stakes, towed the Centre’s line.

Chhattisgarh where the Congress is in full majority Government, Tamil Nadu and Maharashtra where the party is part of the coalition Government also claimed that no one died of oxygen shortage.

While former Congress chief Rahul Gandhi said the Government’s response reflected lack of sensitivity, Chhattisgarh Health Minister TS Singh Deo said it’s true that no one died in the State due to lack of oxygen as “we are an oxygen-surplus State.”

Similarly Shiv Sena MP Sanjay Raut said the people who lost their loved ones due to oxygen shortage should “take the Union Government to court”, while it’s coalition partner NCP in Maharashtra represented by Health Minister Rajesh Tope, too, clarified that there was no record in the State of any death due to shortage of oxygen during the two waves of the pandemic.

“We have never said that because of shortage of oxygen a Covid-19 patient has died in any hospital in the State. There is no record of any such case, nor have I made any statement to this effect. The fatalities that have occurred were due to co-morbidities or other medical ailments,” Tope said, causing embarrassment to its major alliance partners Shiv Sena and the Congress which have been taking on the Narendra Modi Government over deaths due to lack of medical oxygen.

The Congress has accused Minister of State for Health Bharati Pravin Pawar of misleading Parliament by giving “false information” that there were no deaths due to lack of oxygen during the second wave.

Taking to Twitter, Rahul Gandhi wrote, “It wasn’t just the lack of oxygen. Severe lack of sensitivity and truth — it was then, still is today.”

Expressing shock at the Centre’s remark, Raut wondered how the family members of those who died due to oxygen shortage would feel after hearing the Government’s response.

Raut said it needs to be found out whether the people whose relatives died due to lack of oxygen supply believe in the Centre’s response in Parliament over the issue.

AAP leader and Delhi Health Minister Satyendar Jain said there have been many deaths due to oxygen shortage in Delhi and many other places across the country.

The Congress general secretary alleged that the deaths happened because the Government did not arrange tankers to transport oxygen and ignoring the advice of the empowered group and a parliamentary committee, no arrangement was made to provide oxygen.

Tamil Nadu Health Minister M. Subramaniam said that when the State faced shortage of oxygen, they informed the Centre and arranged the same. “There are no deaths due to oxygen shortage in Tamil Nadu. The State Government worked on a war footing to prevent this. When we faced a lack of oxygen, we came in touch with the Centre at once and procured oxygen from them. So we didn’t face big effects here,” he said.

“We heard about the oxygen shortage in some hospitals of Delhi and other States, but it is up to the Governments there how to report it. At least they (Centre) admitted that health is a State subject. Otherwise, it appeared as if they were taking everything under their control. They take credit for all good things and blame States for everything that is bad,” TS Singh Deo said.