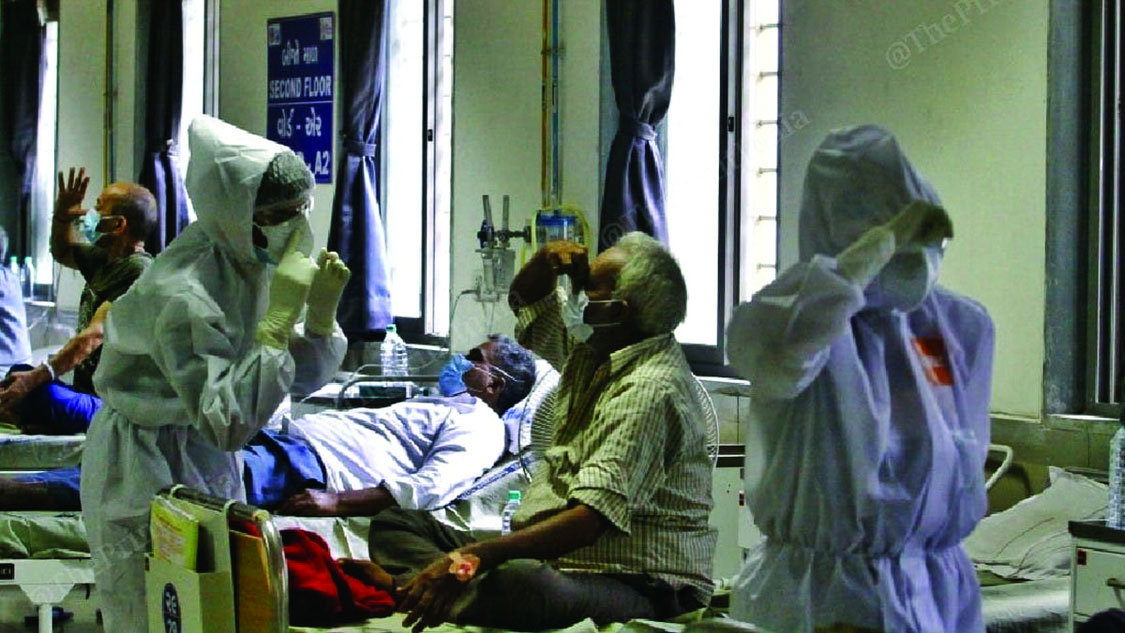 Health experts have sounded alarm that Covid-associated fungus Candida auris cases are worsening in India even as it has spread across the globe — from neonatal unit in Venezuela to a hospital in Spain and Brazil where cases of drug-resistant super fungus were reported on Wednesday, leaving the exhausted authorities a worried lot.

According to the researchers, death among candidemia patients infected by Candida auris can reach 60 per cent.

This can happen for some people because fungus enters the bloodstream and causes a systemic infection known as candidemia.

They warned that there was enough evidence that suggests that the ongoing Covid-19 crisis may provide ideal conditions for outbreaks of Candida auris in hospital ICUs, thus leading to adverse outcomes and additional strain on healthcare resources. The death rate is quite high, they said.

For instance, as reported by a study published in the Journal of Fungi, the Covid-19 conditions in Brazil have opened the door for the emergence and spread of a relatively new fungus that is quickly showing signs of becoming the drug-resistant “superfungus.” India had for long been hotbed for this deadly fungus.

In fact, much before the SARS-CoV-2 had spread its tentacles, Candida auris was already considered a major global health threat due to high rates of drug resistance and ease of transmission in hospital settings.

However, now in the backdrop of Covid-19 the threat has enhanced.

Candida auris has been reported from over 40 countries across six continents since its first description a decade ago from Japan, said a study.

Prof Arunaloke Chakrabarti, mycologist and head of the Department of Medical Microbiology at PGIMER (Post Graduate Institute of Medical Education and Research), Chandigarh, said that hospital environments may serve as venues for Candida auris transmission as it is a known environmental colonizer of ICUs.

“Candida auris patients shed viable yeast cells from their skin continuously and thereby contaminate hospital environments. Candida auris outbreaks occur in critically-ill hospitalized patients and can result in mortality rates ranging from 30 per cent to 72 per cent,” he said.

The matter does not rest here. The resistance of Candida auris to drugs like fluconazole is particularly worrisome, said yet another study titled, “New Clonal Strain of Candida auris, Delhi, India”. It was published way back in 2013 when Candida auris traces were reported from two hospitals by a team of researchers led by Dr Anuradha Chowdhary from Delhibased Vallabhbhai Patel Chest Institute.

As per the study, “Candida species has been identified among 25 per cent of Intensive Care Unit (ICU) patients with central line associated bloodstream infections and the prevalence of the fungus was estimated to be ranging from 5 to 30 per cent among Candidemia patients. The emergence of Candida auris raises several serious concerns for public health primarily due to its outbreak potential.”

Dr Chakrabarti added that hand hygiene should be followed strictly by staff and patient attendants before and after contact. Soap and water and alcohol hand sanitizers with or without chlorhexidine have been found equally effective in eradicating hand carriage of Candida auris, he said.

As per the Public Health England, key IPC practices include isolation of all infected or colonized patients; use of contact precautions in addition to rigorous hand hygiene; screening of close contacts; and a terminal cleaning once infected patients get discharged.

In their other study, Dr Anuradha Chowdhary and Dr A Singh from Vallabhbhai Patel Chest Institute of the University, B Tarai from Max Health Care Institute, and A Sharma from  International Centre for Genetic Engineering and Biotechnology, all Delh-based institutes,  found that candidemia affected 15 critically-ill coronavirus disease patients admitted to an intensive care unit during the said period. Candida auris accounted for two thirds of cases with 60 per cent case-fatality rate.

On further analysis, the findings highlighted the role of hospital-acquired fungus bloodstream infections, showing that the patients were probably infected while hospitalized.

“Candida auris can be transmitted in healthcare settings just like other multidrug-resistant organisms, such as carbapenem-resistant Enterobacteriaceae and methicillin-resistant Staphylococcus aureus,” said the study adding that “all patients in the ICU had indwelling invasive devices such as central venous and urinary catheters, which may be the source of fungus infections (i.e., candidemia and urinary tract infection).”

At least, 6 of the 10 patients died, possibly because of multiple underlying health conditions. However, 67 per cent of those who died had persistent candidemia, which may have contributed to their death, said the study.

Lost glory of villages to be revived: CM