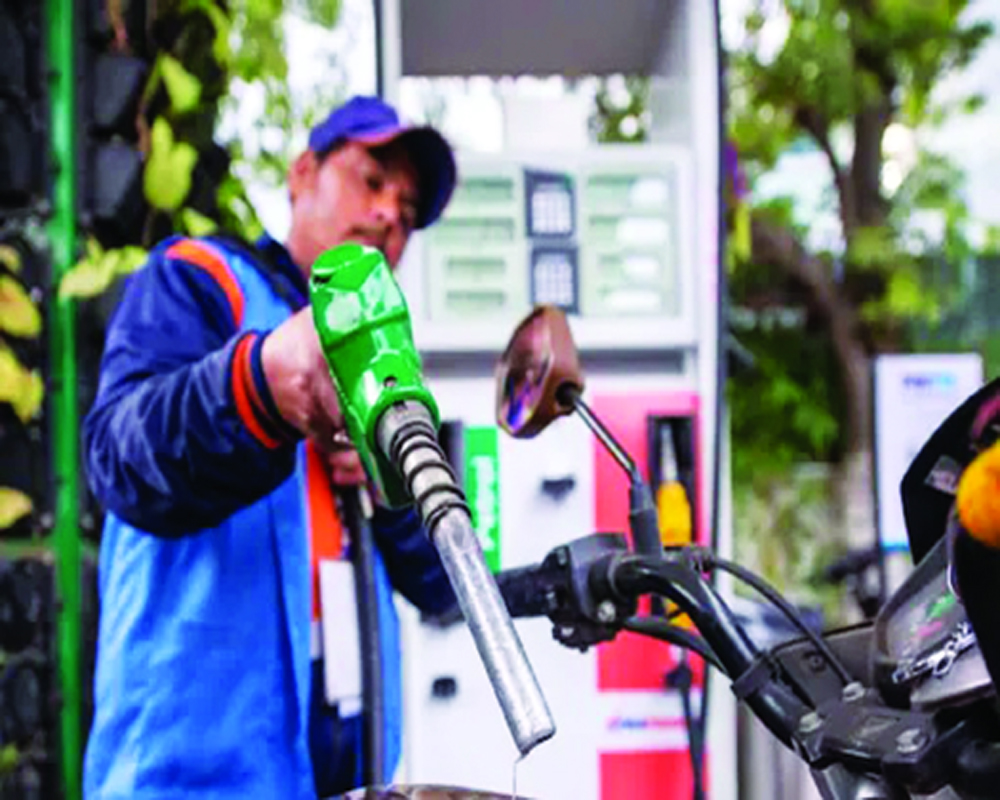 Petrol and diesel prices on Sunday were hiked again by 35 paise a litre and the auto fuels now cost a third more than the rate at which aviation turbine fuel (ATF) is sold to airlines.

The fourth straight day of 35 paise per litre hike sent petrol and diesel rates to record highs across the country. The price of petrol in Delhi rose to its highest-ever level of Rs 105.84 a litre and Rs 111.77 per litre in Mumbai, according to a price notification of State-owned fuel retailers. In Mumbai, diesel now comes for Rs 102.52 a litre; while in Delhi, it costs Rs 94.57.

Petrol used in two-wheelers and cars now costs 33 per cent more than the price at which ATF is sold to airlines. ATF in Delhi costs Rs 79,020.16 per kilolitre or Rs 79 per litre. The costliest fuel is in the border town of Ganganagar in Rajasthan where petrol comes for Rs 117.86 a litre and diesel for Rs 105.95.

Since ending of a three-week long hiatus in rate revision in the last week of September, this is the 16th increase in petrol price and the 19th time that diesel rates have gone up.

While petrol price in most of the country is already above Rs 100-a-litre mark, diesel rates have crossed that level in over a dozen States/Union Territories, including Madhya Pradesh, Gujarat, Bihar, Ladakh, Rajasthan, Odisha, Andhra Pradesh, Telangana, Maharashtra, Chhattisgarh, Kerala and Karnataka.

Prices differ from State to State depending on the incidence of local taxes. Shedding the modest price change policy, State-owned fuel retailers have since October 6 started passing on the larger incidence of cost to consumers.