Sonia calls up Lalu amid rupture in Bihar alliance

Sonia calls up Lalu amid rupture in Bihar alliance 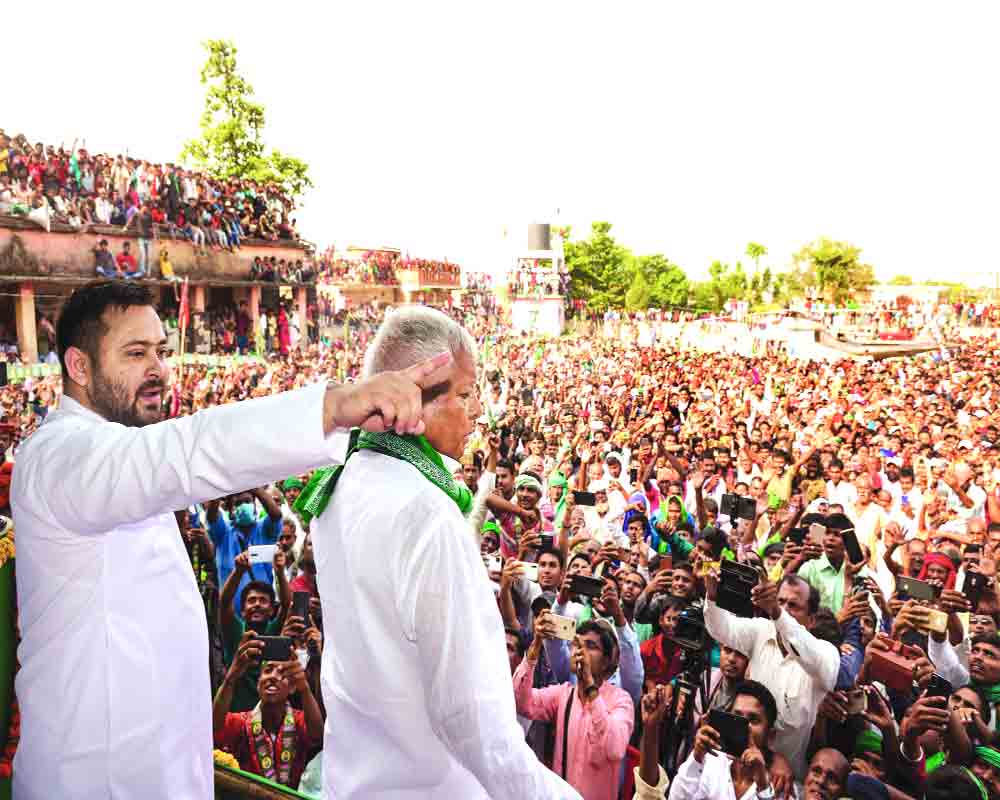 Amid reports of a rift within the Mahagathbandhan in Bihar, particularly between the Congress and the RJD, Congress president Sonia Gandhi reached out to RJD chief Lalu Prasad, who had rebuked the grand old party over fielding candidates in Bihar bypolls.

Lalu reached Patna after a gap of there years after serving a jail term in a fodder scam case. Talking to the media in Patna ahead of his bypoll campaign, Lalu said the Congress president enquired about his health and whereabouts.

Sonia called Lalu soon after a meeting of the Congress’ State chiefs in which the party’s problems in various States were discussed.

“I spoke to Sonia. She asked me about my well-being and whereabouts. I told her that the Congress is an all India party and she should get all like-minded people and parties together to form a strong alternative (to the ruling party) and should call a meeting of all people,” said Lalu.

The RJD is one of the oldest allies of the Congress. Both the parties had an alliance in Bihar as well for the Assembly elections. However, in the bypolls for two seats, the RJD decided to go solo which left the Congress fuming and the grand old party fielded its candidate from both the seats.

When questioned about differences with the Congress over bypolls seat sharing, Lalu made stinging remarks. “What is the alliance with Congress? Should we have left everything to the Congress for a defeat? For forfeiting deposits?” Lalu had said a few days ago.

On the other hand, Bihar Congress chief Bhakt Charan Das  said there is no friendship left between the Congress and the RJD. “Had there been a friendship, we would have not been contesting against each other,” Das had said.

Asked to comment on Bhakt Charan Das claimed the RJD was helping the BJP by turning its back on the Congress, Lalu retorted, “Should we have parted with a seat so that the Congress lost? Bhakt Charan is a bhakchonhar (stupid person).”

Though State Congress leaders are furious with the RJD leader, Sonia wants to smooth things over with one of the party’s oldest allies, say sources.

Sonia and Lalu have always shared good ties. In 2004, when the Congress came to power, the RJD chief strongly supported Sonia for the post of Prime Minister in the midst of a chorus against an Italy-born PM.

Senior BJP leader and former Deputy CM of Bihar Sushil Modi termed the rift between RJD and Congress a drama and a “noora kushti” (fixed fight).

“They have strategically announced a candidate. Congress’ only aim is to make RJD win, it’s not contesting to win, but to make RJD winâ€¦They will unite on the last day of pollsâ€¦.Once the bypoll ends, Congress will go back to Lalu wagging its tailâ€¦The two can’t be separated, just pretending to cut NDA’s votesâ€¦In Assembly polls, people voted for NDA, not RJDâ€¦this time too, NDA will win the bypolls with a majority,” Sushil said.