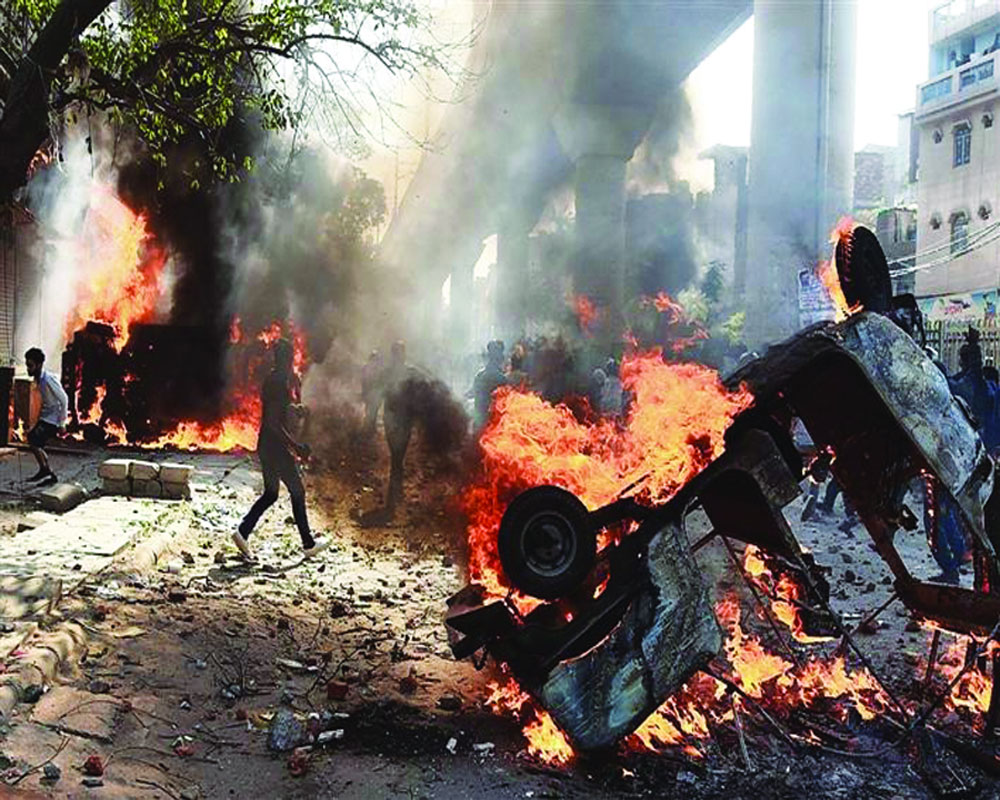 Citing brazen misuse of the UAPA against dissenters, the Delhi High Court on Tuesday granted bail to student leaders and activists arrested as accused in the Delhi riot cases.

“We are constrained to say, that it appears that in its anxiety to suppress dissent and in the morbid fear that matters may get out of hand, the State has blurred the line between the constitutionally guaranteed ‘right to protest’ and ‘terrorist activity’. If such blurring gains traction, democracy would be in peril,” the bench of Justices Siddharth Mridul and Anup J Bhambhani said.

Making scathing remarks against the authorities for misuse of the UAPA against students, the court underscored that the right to protest peacefully without arms is a fundamental right under Article 19(1)(b) of the Constitution and has not been outlawed yet.  The court’s observations came while it granted bails to feminist organisation Pinjara Tod activists Devangana Kalita, Natasha Narwal and Asif Iqbal Tanha in separate orders.

The court’s remarks will come as a vindication for those who have been raising questions on the vicious crackdown against student activists for raising a finger at police for misusing the provisions of the UAPA to implicate innocent persons in the Delhi riot cases.

The court observed that making inflammatory speeches, organising chakka-jams, etc, were common in the face of widespread opposition to Governmental or parliamentary actions.

“Even if such activities cross the permissible line of peaceful protests, it would still not amount to commission of a ‘terrorist act’ or a ‘conspiracy’ or an ‘act preparatory’ to the commission of a terrorist act as understood under the UAPA,” the order said.

Foundations of our nation cannot be shaken by a protest organised by a tribe of college students, said the order giving bail to Tanha.

“We are of the view that the foundations of our nation stand on surer footing than to be likely to be shaken by a protest, however vicious, organised by a tribe of college students or other persons, operating as a coordination committee from the confines of a university situate in the heart of Delhi,” said the Bench cautioning against the frivolous invocation of the “extremely grave and serious penal provisions” under UAPA.

All the three persons were charged under UAPA for starting protests and road blocks during US President’s Donald Trump’s visit, leading to Delhi riots in February 2020.