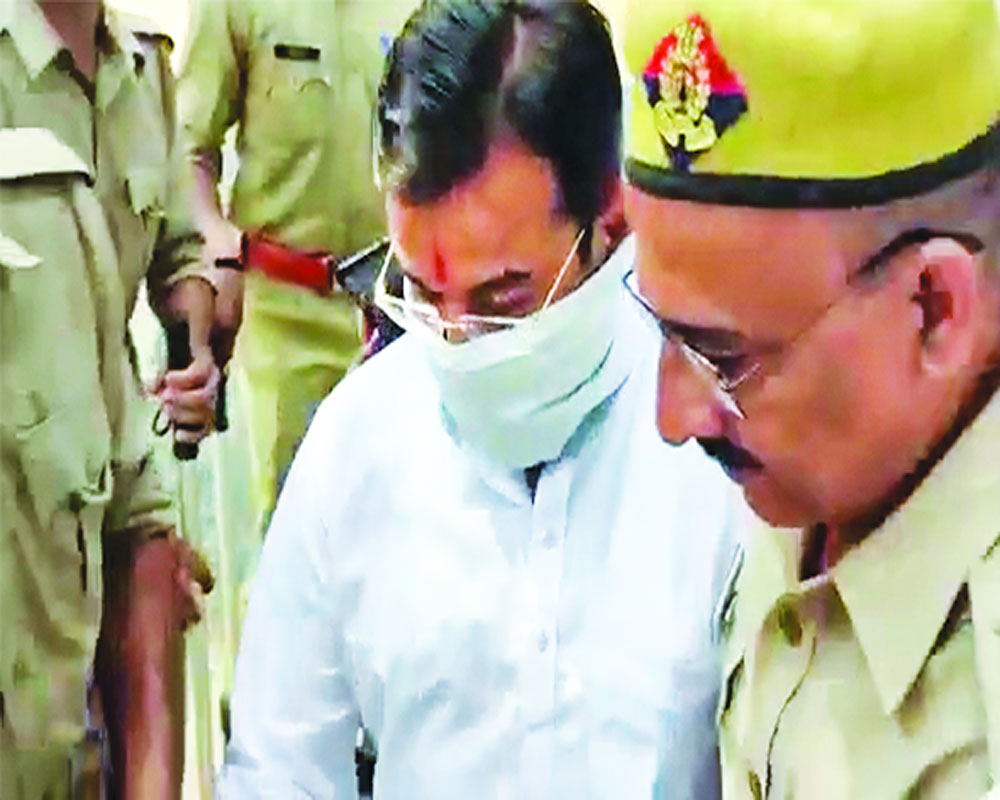 Within 24-hours of UP Chief Minister Yogi Adityanath’s claim that the Lakhimpur Kheri “guilty” will not be spared irrespective of their stature, the sleuths of the Special Investigation Team (SIT) grilled Ashish Mishra aka Monu — son of Union Minister of State for Home Ajay Mishra Teni — for over 10 hours before finally arresting him late on Saturday.

Sources said Ashish failed to furnish any supportive evidence to prove that he was not present in any of the three SUVs that ploughed into a crowd of farmers killing four of them. He will now be produced before a remand magistrate so that police can further grill him.

The SIT team carried out a series of raids to arrest another key suspect Ankit Das, nephew of former BSP MP Akhilesh Das. The search operation was carried out in Lucknow as well in Lakhimpur Kheri but Ankit managed to remain elusive; the SIT picked up his driver who was driving the SUV which was part of the cavalcade that ran over farmers. The car was later set on fire by the protesting farmers.

Ashish appeared before the Crime Branch on Saturday at around 10.35 am, well before the scheduled time to appear at 11 am as mentioned in the notice. To give the media a miss, Ashish came on a scooty and reached the police line by entering from the back gate.

His father Ajay Mishra, BJP MLA from Kheri Sadar constituency Yogesh Verma, as well as two lawyers, accompanied Ashish. After dropping him at the gate of the police station, MoS Mishra remained in the BJP’s office in Kheri.

Sources claim that the grilling started around 11 am and police officials put 40 queries before the Minister’s son. They also gave him time to provide evidence in his support that he was not present at the spot.

The police asked him where he was at the time of the incident?  How many vehicles were there in the fleet? How many persons were present in the vehicles?  Who was driving his vehicle?  After the case was registered, where was he? Who did he meet? Why was his phone off? Did he meet any eyewitnesses related to the case?

The questioning was made in presence of a Magistrate and the entire proceedings were recorded.

His father Ajay Mishra was claiming from the beginning that his son is “innocent” and that he was not present at the spot. He even said that if his son would be found guilty he would quit the ministry. An FIR has been registered against Ashish Mishra under Section 302, 120B and 304A , 147,148,149 ,279 and 338  of the IPC.