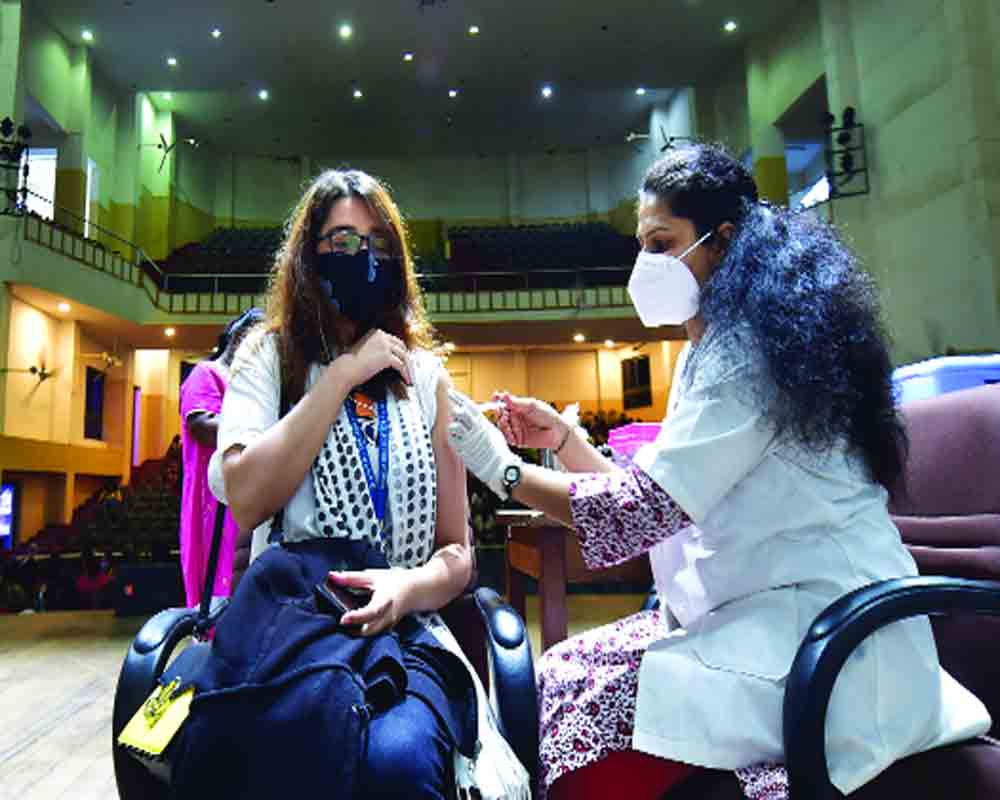 Covid-19 vaccines are eight times less effective against the Delta variant or the B.1.617.2 in comparison to the original coronavirus, also known as Wuhan variant, which had originated in the Chinese city, according to a study conducted at Sir Ganga Ram Hospital in the national Capital.

In other words, the Delta variant of SARS-CoV-2 shows an eight-fold reduced sensitivity to vaccine-elicited antibodies. The B.1.617.2 or Delta variant of coronavirus has already been labelled a “variant of concern” by the World Health Organization (WHO). The study, which is yet to be submitted for peer review, went on to say that the Delta variant of the virus has enhanced spike proteins. This enables the virus to attach itself to lungs’ epithelial cells and infect more people compared to the Wuhan strain.

“Dominance of the Delta variant in India has been most likely driven by a combination of evasion of neutralising antibodies in previously infected individuals and increased virus infectivity,” the study claims..

The study also claims that the Delta variant is less sensitive to neutralising antibodies found in recovered Covid-19 patients. Re-infection and increased transmissibility played a significant role in the spread of the Delta variant of Covid-19, says the study conducted by Research Square.

Transmission clusters in vaccinated healthcare workers were also found to be associated with the Delta variant, researchers concluded.

The Delta variant of SARS-CoV-2 was first identified in Maharashtra in late 2020 and has since spread throughout India.

It has now displaced the B.1.1.7 or Alpha variant to become the dominant strain in the country.

“In an analysis of vaccine breakthrough in over 100 healthcare workers (HCW) across three centres in India, the Delta variant not only dominates vaccine-breakthrough infections with higher respiratory viral loads compared to non-Delta infections, but also generates greater transmission between HCW as compared to B.1.1.7 or B.1.617.1,” says the study.

The same study also claims that the Delta variant shows higher replication in human primary airway cells. “Increased replication could be responsible for generating greater numbers of virus particles or the particles themselves could be more likely to lead to a productive infection,” says the study.