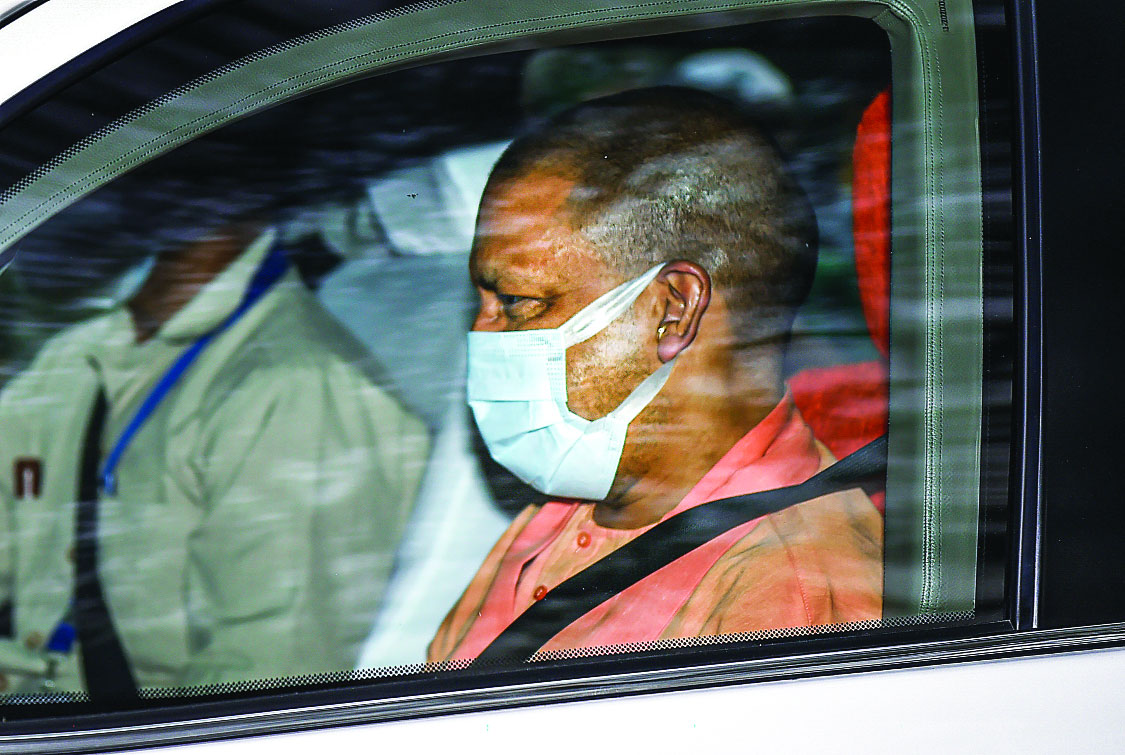 After a fortnight of political turmoil and a series of meetings in Lucknow, Chief Minister Yogi Adityanath met Union Home Minister Amit Shah on Thursday in Delhi.

Yogi’s sudden two-day visit to Delhi to meet the senior leaders  comes amid a section of party leaders, including law makers, criticising his Government for its handling of the Covid situation, which they claimed, would have an adverse impact on the Assembly elections in 2022.

The central BJP leadership has, however, affirmed that the next election will be fought under Yogi’s leadership and has even praised his handling of Covid-19.

His visit also assumes significance as it comes a day after senior Congress leader Jitin Prasad joined the BJP and who is likely to be given the responsibility of retaining the Brahmin votebank which has been cut up with the dominance of Rajputs in the Yogi regime.

Late in the evening,  Nadda met Modi for a meeting likely on the 2022 Assembly elections in six States, prior to his meeting with Yogi.

The meeting was sudden. Singh was in western UP and Bansal was in Varanasi. Special choppers were sent to bring them to Lucknow.

Sources in the party claimed that the meeting was called to set right the caste equations in the Government as well as in the party organisation as complaints galore about the neglect of backwards, Most Backward Caste and Brahmins under Yogi.

“Anupriya’s visit was not planned. She was asked to reach Shah’s house as soon as possible,” he said but did not elaborate the demands of Apna Dal (S).

In the Cabinet expansion of 2019, the inclusion of Ashish Patel, husband of Anupriya Patel, was much expected. Instead, the BJP’s own Ram Shankar Patel, a lawmaker from Madihan from Mirzapur, was included in the party. Almost the same time, Om Prakash Rajbhar of Suheldeo Bharatiya Samak Party (SBSP) left the NDA alliance but Apna Dal preferred to stay back.

“The meetings, be it in Delhi or in Lucknow are aimed at setting the caste equations right. The BCs and MBCs are the bulwark of any winning combination in UP because the voting percentage among the upper castes is low. The BJP has been in power in UP for almost four and half years and at Centre for almost seven years. It is the right time to set the house in order,” a senior party leader and lawmaker said.

Last week, senior BJP leader BL Santosh led a Central mission to Uttar Pradesh to take the feedback and carry out review in meetings with Ministers, MLAs, MPs and the two deputy Chief Ministers.  This was probably the first time that a central delegation had a one-on-one meeting with the ministers.

Earlier, the Sar Sanghachalak (general secretary) of RSS Dattatreya Hosbole held meetings with Sangh workers and felt a detachment within the cadre. He, therefore, had recommended the feedback session.

The Chief Minister will also consult the central leadership on changes in the organisation and his Cabinet ahead of the polls, sources maintained.

“The expansion of both the Union and UP Government is possible where leaders of a particular caste could be accommodated to placate particular sections of society,” the BJP leader said.