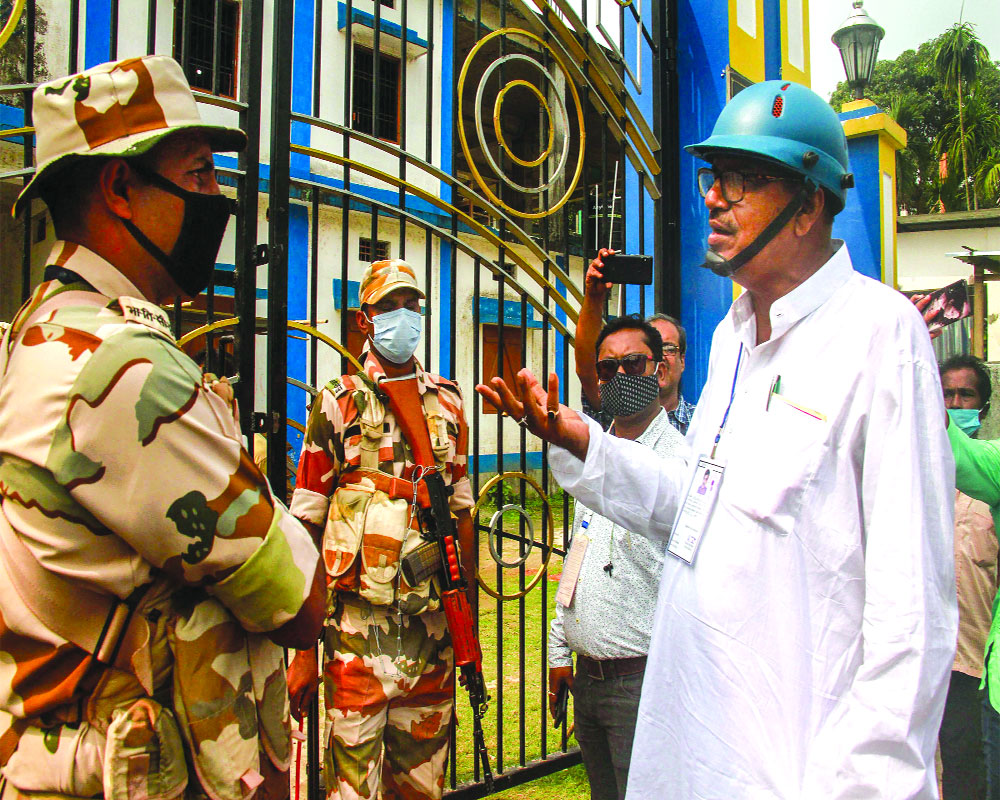 After a request from the Election Commission of India (ECI), the Union Home Ministry on Saturday decided to deploy additional 71 companies (7,100) personnel) of the Central paramilitary forces for the conduct of the Assembly polls in West Bengal, with immediate effect. As many as 1,000 companies of the Central paramilitary forces are already deployed there for the conduct of the elections in the State.

“The ECI has requested to deploy additional 71 companies of CAPFs (Central Armed Police Forces)/SAPs (State Armed Police)/IRs (India Reserve) Bns (Battalions in West Bengal for AE-2021 related duties. In pursuance of the recommendations of the ECI vide order dated April 10, it has been decided to deploy additional 71 coys (companies) of CAPFs…..immediately in the State of West Bengal for Assembly Election-2021 related duties,” reads a Union Home Ministry letter faxed on Saturday to the Chief Secretary, Home Secretary and Director General of Police of the State.

With the deployment of the 71 companies of CAPFs, a total of 1,071 companies CAPFs, SAPs and IR Battalions will be available in West Bengal for election-related duties.

“The State government is requested to work out the detailed deployment plan, in consultation with the respective CAPFs and Chief Force Coordinator. The movement and deployment of CAPFs shall be coordinated by CRPF,” said the letter.

In view of the Covid-19 situation, the Union Home Ministry also directed the State government to organise necessary transportation, logistics and accommodation as also other arrangements as per the government guidelines on the issue.