After 132 yrs, military brings curtain down on 130 farms

After 132 yrs, military brings curtain down on 130 farms 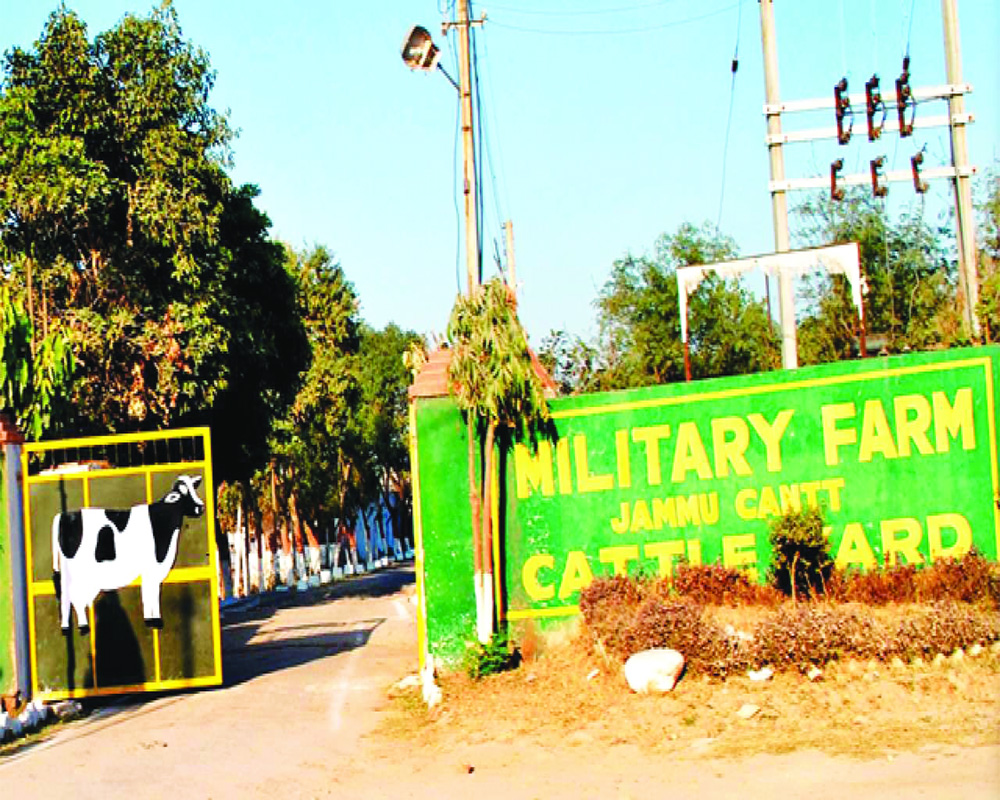 As part of its drive to economise and concentrate on its primary role of being battle-ready, the Army on Wednesday formally closed its military farms all over the country.

These farms were set up in 1889 to supply milk and other products to the troops.

The shutting down of the military farms is an ongoing exercise undertaken by the Defence Ministry to make the Armed forces lean and mean.  Besides farms, other services like maintenance of vehicles and related sectors are also closing down.

The staff employed in these units will be shifted to the main operational role of the Army, to be trained for meeting any threat, sources said here on Wednesday.

The formal ceremony to close the farms was held here on Wednesday.

Giving the details of the closure of farms, they said military farms were set up with the sole requirement of supplying hygienic cow milk to troops billeted in various garrisons across British India. The first military farm was raised on February 1, 1889 in Allahabad.

After Independence, military farms flourished with 30,000 heads of cattle in 130 military farms all over India in varied agro-climatic conditions. Military farms were even established in Leh and Kargil in the late 1990s, with the role of supply of fresh and hygienic milk to troops at their locations on a daily basis.

Another major task was management of large tracts of defence land, production and supply of Baled Hay to animal holding units.

For more than a century, military farms with their dedication and commitment supplied 3.5 crore litres of milk and 25,000 MT of hay yearly. It is credited with pioneering the technique of artificial insemination of cattle and introduction of organised dairying in India, providing yeoman service during 1971 war, supplying milk at the Western and Eastern war fronts as well as during Kargil operations to the Northern Command.

In collaboration with the Ministry of Agriculture, they established “Project Freiswal”, credited to be the world’s largest cattle cross-breeding programme. They also teamed up with the Defence Research and Development Organisation (DRDO) in development of bio-fuel.

These farms occupied more than 20,000 acres of land and with the closure, the land will be put to use for other military purposes, they said.  Before the formal closure at a ceremony here on Wednesday, the Army was spending more than `300 crore annually to maintain the farms.

Moreover, as part of the closure, the Armed forces some years back invited bids to sell the cattle stock to private players.  Also, the unsold cattle will be handed over to the government departments and dairy co-operatives at a nominal cost.

In a report submitted in 2016, a Defence Ministry committee panel recommended that military workforce could be trimmed in several non-combat areas including military farms. The 11-member panel, headed by Lieutenant General DB Shekatkar (retired) was asked to form a strategy to hone India’s combat edge and suggest measures to initiate targeted reductions in personnel. The military farms account for a total workforce of 2,000 civilians besides combatants.