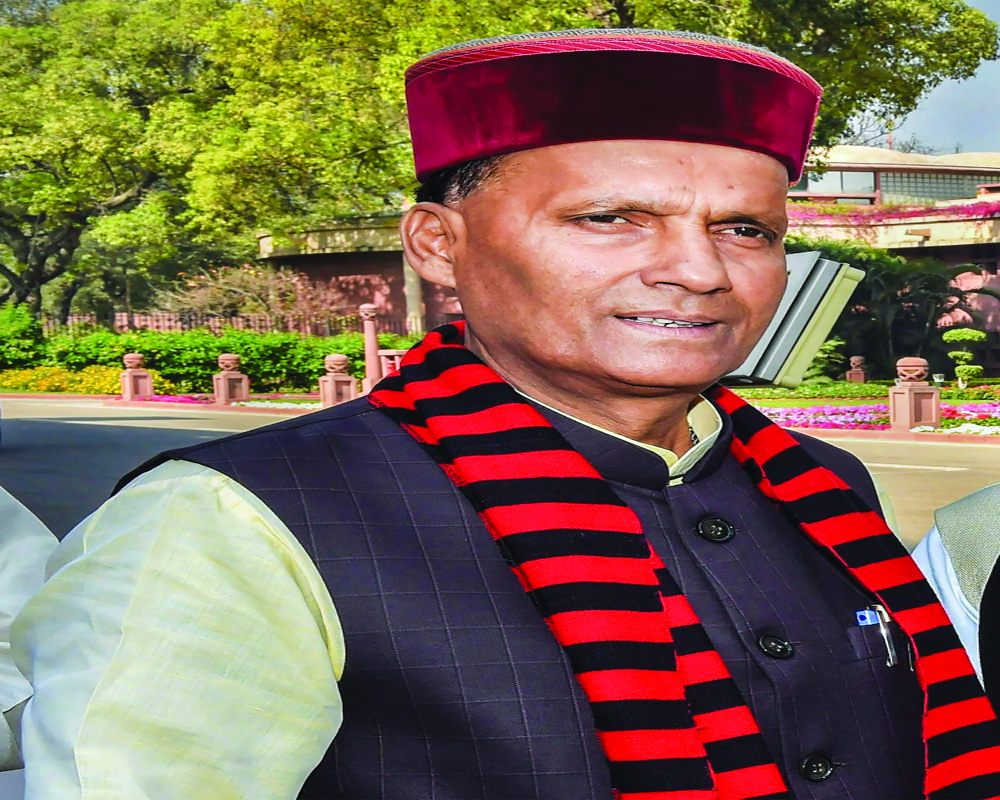 Ram Swaroop Sharma, the Bharatiya Janata Party (BJP) MP from Mandi in Himachal Pradesh, was found hanging from the ceiling in his official residence in New Delhi on Wednesday. Prima facie, it appears to be a case of suicide, said police, adding that however no suicide note was found from the spot.

According to a senior police official, a PCR call was received around 7.45 am by his aide after the parliamentarian did not respond to knocks at his door.

“A police team reached the spot and forced open the door and found Sharma hanging from a ceiling fan. He was taken to a hospital where doctors pronounced him dead on arrival,” said Chinmoy Biswal, the Public Relation Officer (PRO) of the Delhi Police.

“An enquiry is underway and the exact cause of his death will be ascertained after a post-mortem examination,” he said.

The Lok Sabha proceedings were adjourned till 1 pm after an obituary reference to Sharma. Meanwhile, the BJP cancelled its parliamentary party meeting following Sharma’s death and also called off the joining ceremony of an “eminent” person, who was not named.

Born at Jalpehar village in Mandi district on June 10, 1958, Sharma was a two-time MP.

Presently, Sharma had been suffering from various ailments. He was elected to the 16th and 17th Lok Sabha from Mandi Parliamentary constituency in 2014 and 2019 respectively.

Following Sharma’s death, Prime Minister Narendra Modi expressed grief and tweeted, “Ram Swaroop Sharma was a dedicated leader, who was always committed to solving people’s problems. He worked tirelessly for the betterment of society. Pained by his untimely and unfortunate demise. My thoughts are with his family and supporters in this sad hour. Om Shanti.”