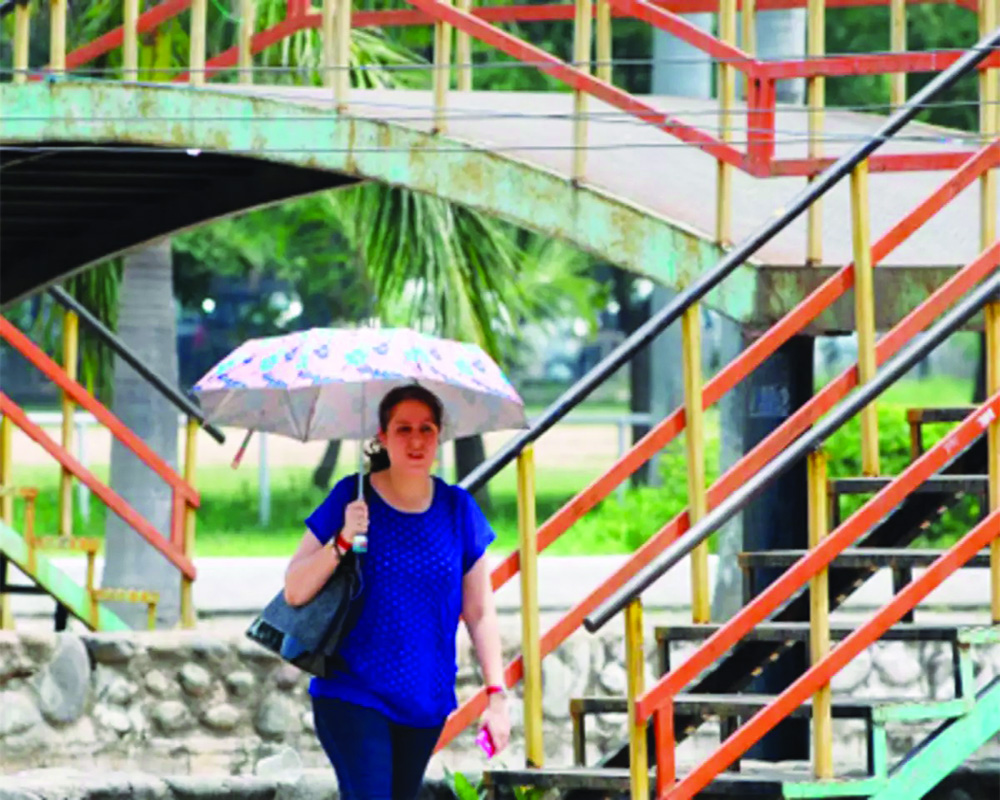 Residents of Delhi battled hot day on Thursday with the city recording a maximum temperature of 35.2 degrees Celsius, six notches above normal and the highest so far this year, the India Meteorological Department said.

The minimum temperature settled at 17.2 degrees Celsius, three notches above normal. Light rain, hail and gusty winds are likely towards the night, the IMD said.

The mercury is expected to settle around 35 degrees Celsius for the next three to four days, it said. The air quality in the national Capital was recorded in the “poor” category. The 24-hour average air quality index (AQI) was 242, according to real-time data of the Central Pollution Control Board (CPCB).

“We are expecting light rainfall activity and clouding over the plains in the next 2-3 days. Over Delhi, rain is expected around March 12. Widespread rain and thunderstorms are expected over the hills. There may be a marginal dip in maximum temperatures over Delhi after the WD moves away but that will be only for March 13 and 14,” said Kuldeep Shrivastava, head, regional weather forecasting centre.