Delhi Govt can’t use NFSA grains for its scheme: Centre

Delhi Govt can’t use NFSA grains for its scheme: Centre 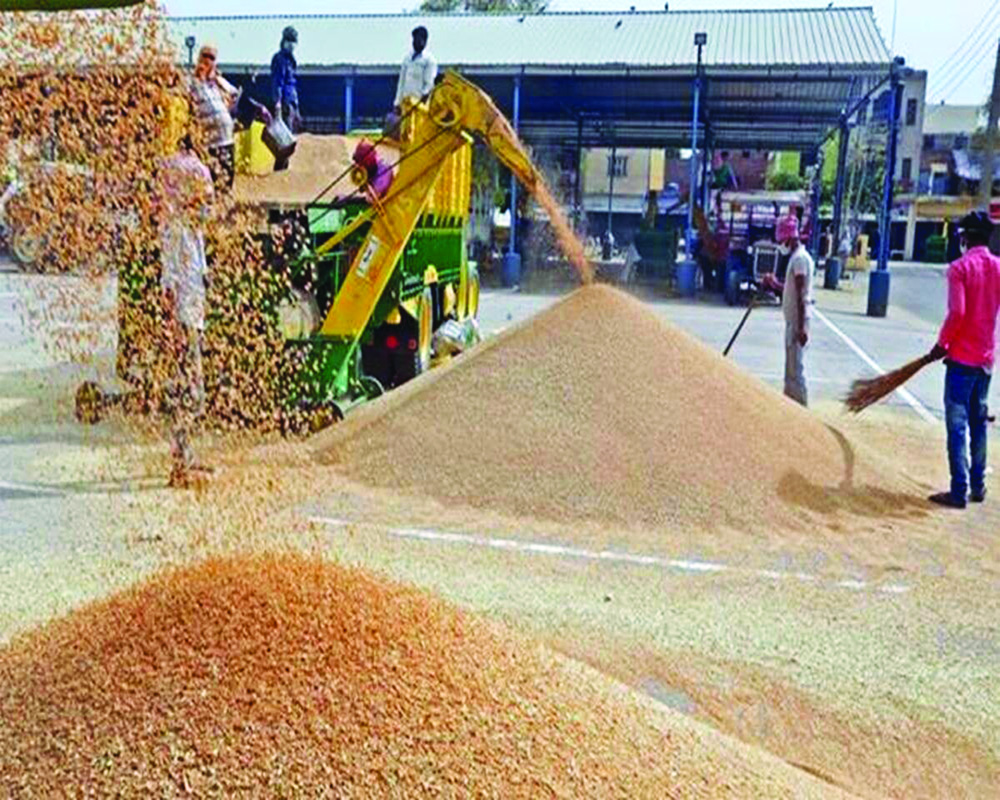 ‘City Govt should use its resources for doorstep ration scheme’

However, the Centre will have no objection if the Delhi Government comes out with a separate scheme without mixing the elements of the NFSA.

In a letter to Padmini Singla, Secretary-cum-Commissioner Food and Supplies Department of the Delhi Government, S Jagannathan, Joint Secretary, Department of Consumer Affairs, said that the use of new nomenclature / scheme name for distribution of NFSA foodgrains by the Government of National Territory Delhi (NCTD) is not permissible but this department will have no objection if a separate scheme is made by the State Government without mixing the elements of the NFSA foodgrains.

“...therefore requested that the GNCTD may follow the norms and provisions of the NFSA in rightful spirit and manner for the distribution of NFSA foodgrains to the eligible beneficiaries under the Act”, the letter read. Chief Minister Arvind Kejriwal was scheduled to launch the scheme with doorstep delivery of ration to 100 households in Seemapuri area on March 25.

The letter further states: “Upon examination of the Delhi Government’s notification dated February 20, on ‘Mukhya Mantri Ghar Ghar Ration Yojna’, for door to door delivery of packaged wheat, flour, rice and sugar, it is clarified that the subsidised foodgrains being allocated by this department of distribution under the NFSA cannot be used for the operationalisation of any State specific/ other scheme under a different name/ nomenclature other than NFSA, as the same is not permissible under the Act.

Further, any changes/ amendments in the provisions of the Act including nomenclatures used for distribution of the NFSA foodgrain can only be done through the parliamentary procedures”.

“It is also highlighted that while States may like to enhance the distribution of subsidised foodgrains including additional entitlements, more subsidy etc the nomenclature from NFSA to any local State scheme name may be misinterpreted by the beneficiaries as State benefit and may give rise to confusion regarding their rights under the Act,” the letter said.

According to the Delhi Government, there are about 68.75 lakh beneficiaries through 17.14 lakh food security cards. As per the notified scheme, Delhi State Civil Supplies Corporation (DSCSC) will empanel millers and rice processors to lift the foodgrains for cleaning, grinding and packaging. The packed foodgrains will be transported from millers to fair price shops and from there to the doorsteps of beneficiaries through direct home delivery (DHD) agencies to be engaged by Delhi Consumer’s Co-operative Wholesale Store Ltd (OCCWS). An e-POD (proof of delivery) will be captured for records, it said. Ration card holders may draw their full entitlement of foodgrains in more than one installment.