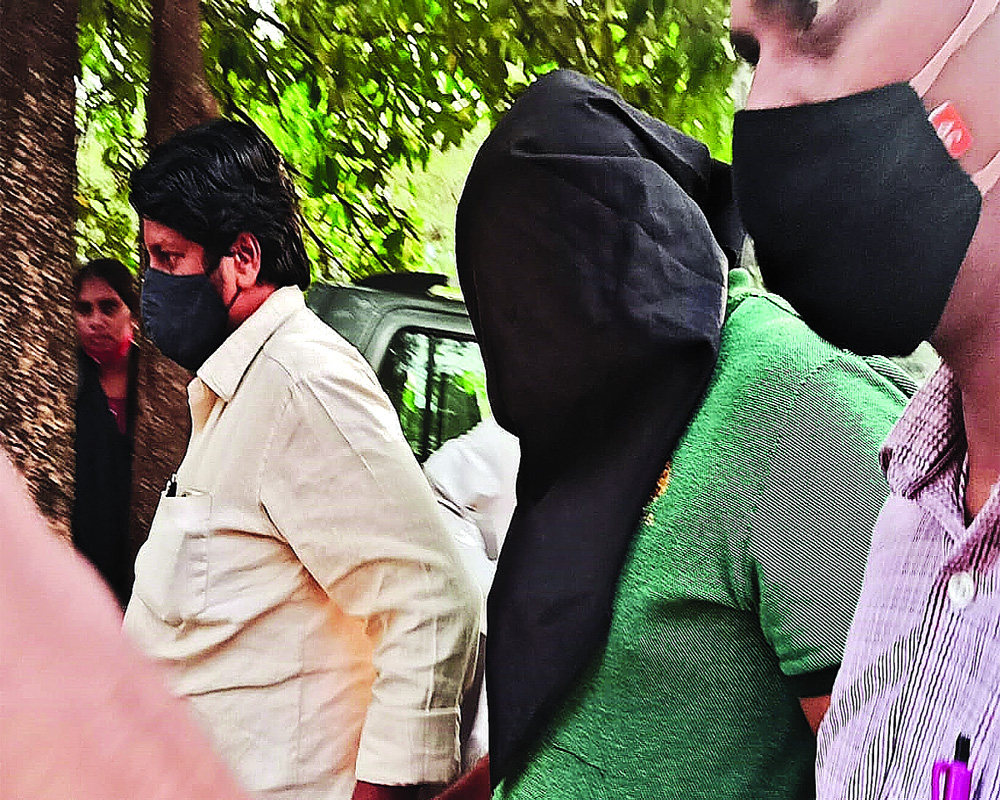 A day after he arrived in New Delhi on deportation from Philippines,  notorious gangster Suresh Pujari was on Wednesday remanded by a Thane court in the custody of Maharashtra’s Anti-Terrorism Squad (ATS) till December 25 in connection with several extortion cases registered against him.

Pujari — who was extradited to India on Tuesday evening and brought to Thane from Delhi — was produced before Chief Judicial Magistrate Rajendra J Tambe,  who remanded him in the ATS’ custody for 10 days.

Pujari, who had been arrested in the Philippines in October, is wanted in at least two dozen extortion and firing cases in Mumbai, Thane, Kalyan, Ulhasnagar and Navi Mumbai.

The case was registered with the MFC police station at Kalyan in Thane district, while he is also wanted in another case registered against him early this month at the MHB police station for allegedly handing extortion and death threats to a Borivli-based based hotelier.

On his arrival in the capital from the Philippines, IB and CBI officials took Pujari’s custody. Later on, they handed him over the Maharashtra ATS officials who had landed in Delhi to bring the gangster to Mumbai.

Pujari is a relative of underworld don Ravi Pujari, who was deported from Senegal, Africa, to India in February 2020. Ravi is currently being investigated by Central agencies and police in Karnataka, Gujarat, and Maharashtra.

Suresh, who was initially associated with underworld don Chhota Rajan and Ravi gangs, had severed his links with Rajan and Ravi in 2007 and formed his own gang. In 2007, he fled the country. After fleeing abroad, he lived in several countries under fake identities.

The investigations had revealed that Suresh was operating outside the country using aliases like Suresh Puri and Satish Pai. Unconfirmed reports said he had returned to Mumbai in 2013 but left the country immediately afterwards using a fake passport

The Interpol had issued red-corner notices on the basis of requests from the Mumbai and Thane police after several extortion cases against him surfaced.

Suresh had in the past allegedly organised an attack on noted lawyer and NCP leader Majeed Memon. He had also allegedly threatened current State Minister and NCP leader Jitendra Awhad and Omie Kalani, son of Pappu Kalani from Ulhasnagar. Over the years, he had been threatening and extorting money from hoteliers, builders and politicians.

Suresh is the third notorious gangster to have been deported during the last three years. Earlier, Ravi Pujari and Ejaz Lakdawala were extradited from abroad in 2020,

Once he is remanded to judicial custody in the coming days, Suresh will be lodged at the high-security Arthur Road prison, where under trial-gangsters and terrorists are kept normally.