Govt aims to open at least 1 medical college in every dist of India: Modi

Govt aims to open at least 1 medical college in every dist of India: Modi 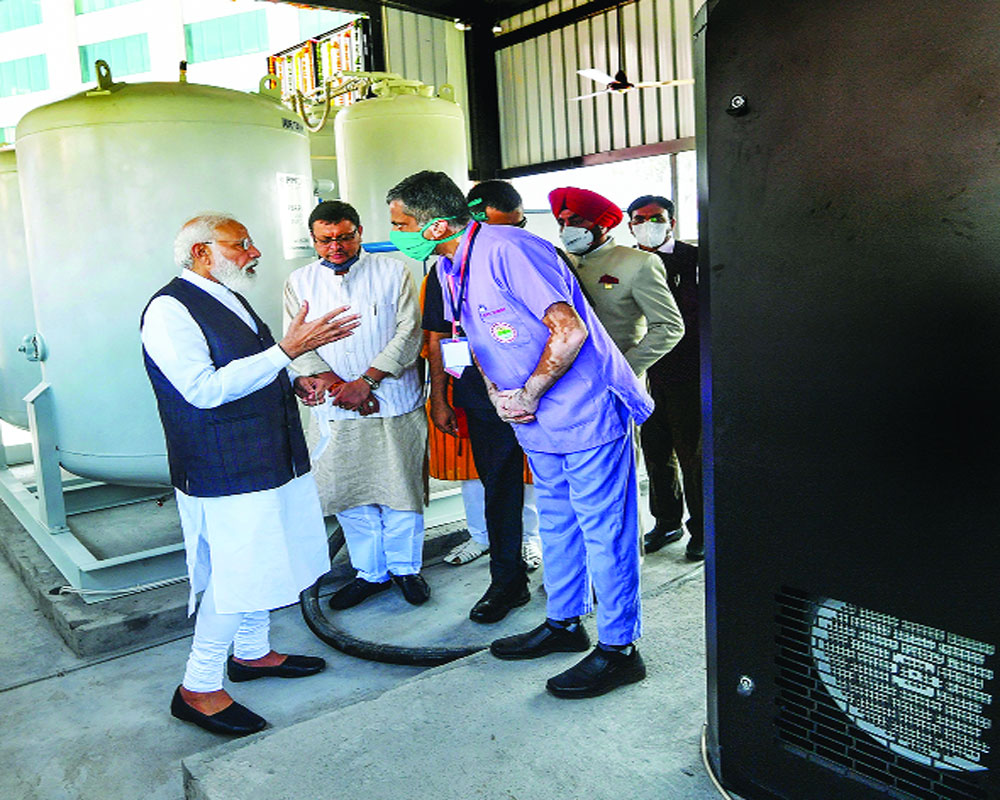 Prime Minister Narendra Modi on Thursday said his Government aims to open at least one medical college in every district of the country. He was speaking at a function organised to dedicate 35 pressure swing adsorption (PSA) oxygen plants to 35 States at All India Institute of Medical Sciences (AIIMS) Rishikesh on Thursday.

These plants have been established under the PM CARES fund. He said that a few years ago there was one AIIMS in the country but now efforts are being made to open one AIIMS in every State.

He said that it is a great blessing for him to visit the Uttarakhand on the occasion of the first day of Navratri festival. The PM said that he took the oath as the CM of Gujarat on this very date 20 years ago and noted that the

beginning of this journey coincided with the formation

He expressed happiness that from the land where life-giving forces like Yoga and Ayurveda gained strength, today, oxygen plants are being dedicated. Lauding the achievements of his Government during the pandemic period, the PM said that a network of about 3,000 testing labs was created from just one testing lab before the pandemic. He said that India has implemented the world’s largest and fastest vaccination campaign.

oxygen a day but as the demand increased, India increased the production of medical oxygen by more than ten times.

The PM also said that about 93 crore doses of Covid-19 vaccine have been administered and soon the country will cross the 100-crore mark.

The PM said now the Government does not wait for the citizens to come to it with their problems and then take any step, but now the Government is reaching out to citizens. Modi said that before the launch of the Jal Jeevan Mission in 2019, only 1,30,000 households in the country had access to tap water, but today piped drinking water has started reaching more than 7,10,000 houses of Uttarakhand.