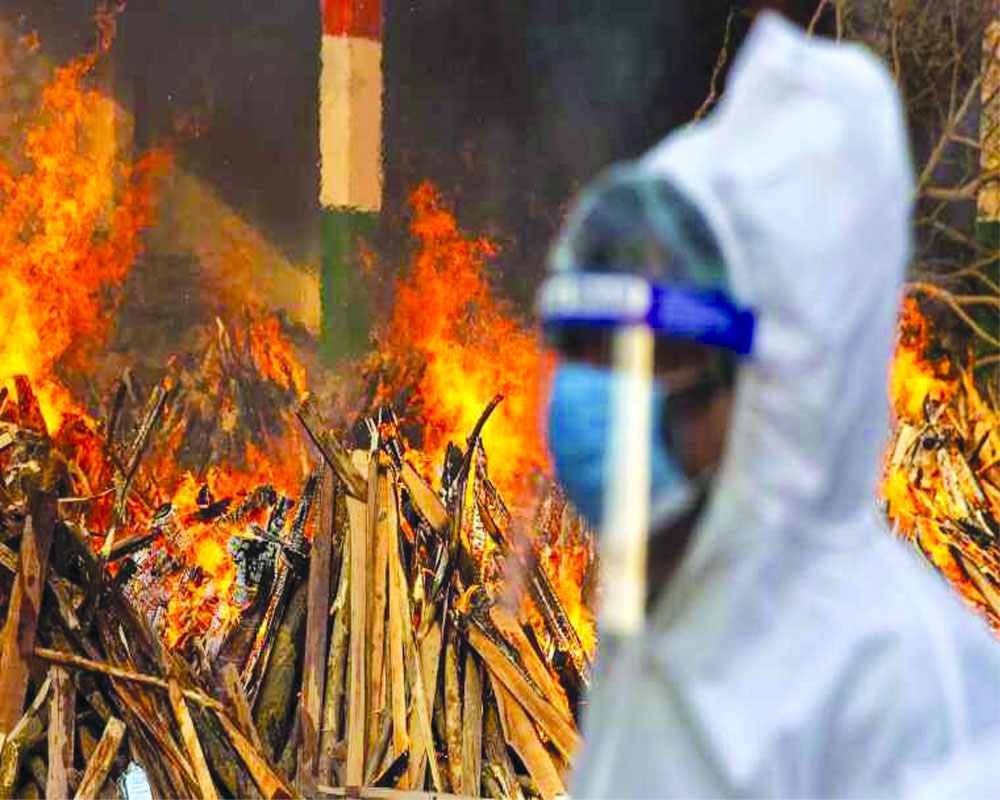 Ironically, while they had been vocal, shaking the authorities to ensure medical facilities to the common man, many among them died for want of timely treatment or due to financial constraints.

According to a study conducted by the Delhi-based Institute of Perception Studies, as many as 171 journalists have died due to Covid-19 between April 1, 2020 and May 10, 2021.

However, April 2021 has been the worst for journalism world in India as during the second wave at least 55 journalists died in just 30 days.

Actual number of deaths could be even higher as many little known freelancers and scribes of small newspapers have been reporting at the local level despite lockdown.

The journalists are already facing Covid-triggered economic pressures. Many have   lost their jobs while many fear of layoffs.

Researchers say journalists below age 60 account for most recent deaths. Four journalists — Alladi Shekhar, 48, from Dharpalli who worked for Sakshi newspaper, Venugopal, 49, belonging to Nizamabad (Rural) and worked for TV-5, Ch Madhu, writer and editor of Jalapatham newspaper, and Dharshanam Ashok, belonging to Nandipet and working as a senior reporter for Andhra Bhoomi — recently died in Nizamabad district due to Covid-19 in April.

The Press Council of India (PCI) has urged the Centre and the State Governments to recognise journalists who died of Covid-19 as corona warriors, similar to doctors and other essential health workers. It had also pressed for a group insurance scheme for journalists.

Though several States like Odisa, Haryana, Uttarakhand and Assam have declared them as Coronawarriors, many others are taking their own time to follow the suit. However, no financial or other benefits have been declared in actual.

Sadly, many journalists have been tested positive for the coronavirus while some of them even admitted in hospitals battling for life. But it has been a lone fight in the absence of any help from the State Governments or any other quarter to pay the hefty hospital bills.

The study conducted by Rate The Debate, an initiative of the Institute of Perception Studies, New Delhi, found that 56 journalists have succumbed to the virus in the last four months this year, from 1 January to 28 April, 52 of these deaths were reported in the month of April alone. This implies, on average, about two journalists have died every day this month.

“We fear a hundred more victims by the end of the year,” Blaise Lempen, secretary-general of PEC rings the alarm bell as there seems to no end in sight for the second Covid wave. India is reporting over 4,000 deaths daily for the past many days.

Dr Kota Neelima, founder of Rate The Debate said that the data was collected with the intention of holding journalists' lives accountable and to show citizens the “cost at which news was being assimilated."

As per the PEC, the safety of media workers is particularly at risk in this health-related crisis because they have to continue providing information. Many of them died for lack of adequate protective measures when doing their job. Hence early vaccinations should be provided for the journalists on the frontline, said Lempen.

However, in a relief, now journalists have now started following  precautions such as wearing a mask, keeping a distance, avoiding direct contacts and travel besides  taking vaccines. Globally, over 1300 journalists died of virus infections