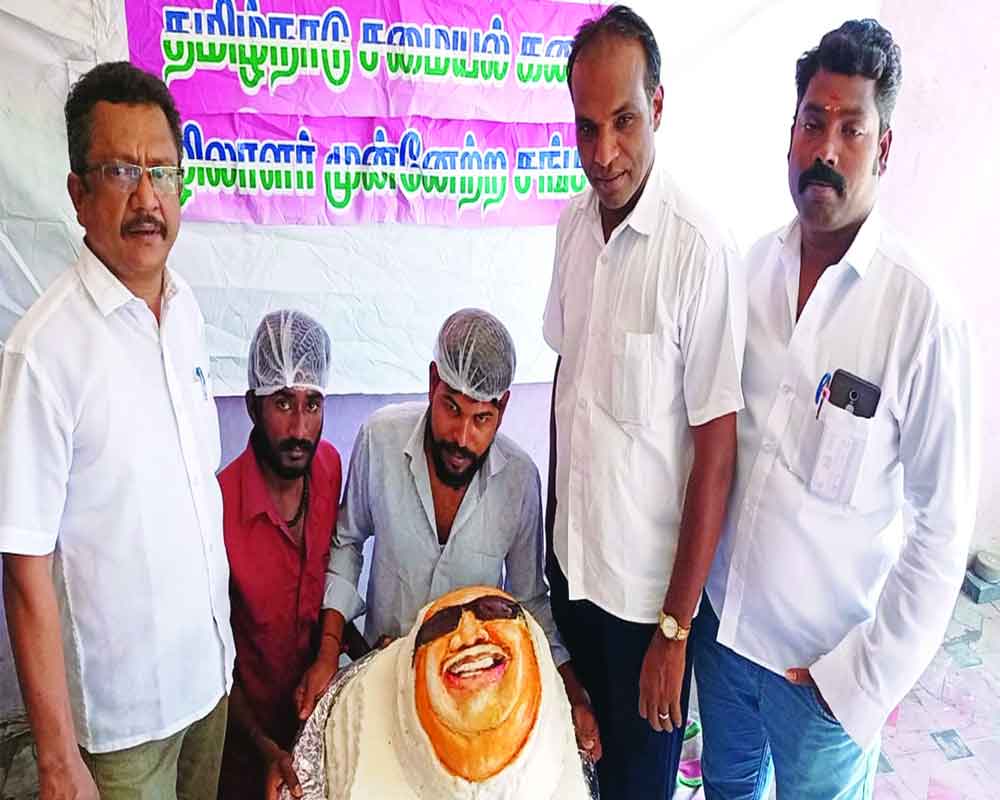 Tamil Nadu’s sombre mood due to Covid-19 pandemic gave way to celebrations, music, dance and bursting of firecrackers since Sunday evening when it was known that MK Stalin would form the next government as the DMK won a comfortable majority in the legislative Assembly polls.

By late Sunday evening, the DMK headquarters and Stalin’s personal bungalow came under a security blanket as the cops of the State Armed Police took over the entire route.

Limousines with Government number plates were the first ones to reach Stalin’s house and since then there has been no end to the number of visitors calling in. DMK cadre from all over the State flooded the party headquarters as the route to Stalin’s residence was completely taken over by security men.

It was fun, music and dance everywhere. Party activists with pictures of Stalin pinned to their pockets (a show of obeisance to Thalapathy, as Stalin is addressed by friends and cadre) were seen distributing sweets to all those who had visited the party headquarters.

Iniyavan, popularly known as Idli King of Tamil Nadu, had come to the party office to pay his respect to the Chief Minister designate. He made the day a memorable one to all those who had come to the party headquarters with a special gift. A specially made idli, aptly titled Kalaignar Idli, was Iniyavan’s gift to Stalin. It took him and four of his assistants nearly ten hours to cook the idli which resembled the face of M Karunanidhi,  the former Chief Minister and Stalin’s father.

“This is a special idli and not for consuming. It has nine kinds of grains engraved on it with colouring agents approved by the Food and Drug Agency. This is our tribute to Karunanidhi as well as a welcome gift for Stalin,” said Iniyavan, who holds a world record in the different varieties of idlis. Iniyavan can make more than 100 varieties of idlis, namely, chocolate idli, coconut idli, vanilla idli, jasmine idli, carrot idli and a host of steam cakes with different flavours.

Leaders of political outfits who called on Stalin in the party headquarters that include Vaiko, Thirumavalavan and communist party bosses took time off to see the new idli made by Iniyavan. Most of the leaders enjoy a rapport with Iniyavan, whose services they seek for all auspicious occasions in their families. No function in Tamil Nadu would be complete without serving hot and soft idlis with sambar. And Iniyavan never disappoints his customers. The idli, once seen and blessed by Stalin would be immersed in the nearby Bay of Bengal with the loving messages to late Karunanidhi.