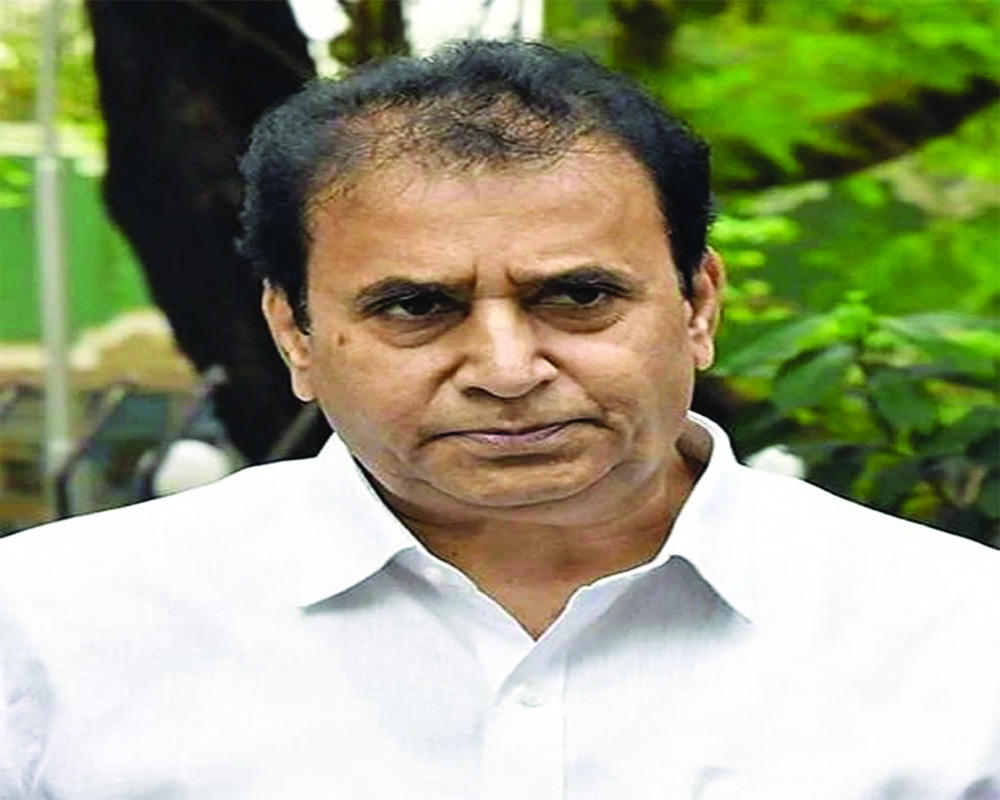 Three days after he was shunted and posted in a relatively insignificant post as the Commandant General of Home Guards, Singh dropped a bombshell on the MVA Government, in the form of an eight-page sensational letter written to Chief Minister Uddhav Thackeray, in which he laid bare “misdeeds and malpractices” indulged in by the State Home Minister.

In his swift retaliation, State Home Minister Deshmukh — in a tweet put in the evening — debunked Singh’s charge and said, “The former Commissioner of Police, Parambir Singh, has made false allegations in order to save himself as the involvement of Sachin Waze in Mukesh Ambani & Mansukh Hiren’s case is becoming clearer from the investigation carried out so far & threads are leading to Singh as well.”

In his letter, Singh claimed that he had the briefing sessions with the CM, Dy CM, NCP president Sharad Pawar and other Ministers about the “several misdeeds and malpractices being indulged in by the Home Minister. “I noticed that some Ministers were already aware of some aspects mentioned by me to them,” he said.

The letter by Singh not only seeks to expose Deshmukh, but also threatens to erode the credibility of the ruling MVA partner.

The Shiv Sena may insist on its alliance partner NCP to ask Deshmukh to resign as a “damage control” exercise.

Upping the ante, leader of the Opposition in the State Assembly and senior BJP leader demanded the State Home Minister’s resignation over what he dubbed as “earth-shattering letter” written by Mumbai’s former top cop.

In the operative part of the letter, Singh wrote, “.... Sachin Vaze who was heading the Crime Intelligence Unit of the Crime Branch of the Mumbai Police was called by Anil Deshmukh to his official residence Dyaneshwar several times in last few months and repeatedly instructed to assist in collection of funds for the Home Minister,” Singh wrote in his letter.

“In and around mid-February and thereafter, the Home Minister had called Vaze to his official residence. At that time, one or two staff members of the Home Minister including his Personal Secretary, Palande, were also present,” Singh stated.

“The Home Minister expressed to Vaze that he had a target to accumulate Rs 100 crore a month. For achieving the aforesaid target, the Home Minister told Vaze that there are about 1,750 bars, restaurants and other establishments in Mumbai and if a sum of Rs 2-3 lakhs each was collected from each of three them, a monthly collection of Rs 40-50 crore was achievable. The Home Minister said the rest of the collection could be made from other sources,” the former CP wrote.

“Vaze came to my office the same day and informed me of the above. I was shocked with the above discussion and was mulling over how to deal with the situation,” Singh said.

In his letter, Mumbai’s former CP goes onto allege that Deshmukh’s personal secretary Palande informed Assistant Commissioner of Police Sanjay Patil, ACP, Social Service Branch - who had been called to the Home Minister’s residence a few days later - that Deshmukh   “was targeting a collection of Rs. 40-50 crore which was possible through an approximate 1,750 bars, restaurants and establishments operating in Mumbai”.

“The aforesaid meeting at the official residence of the Home Minister with Patil and Bhujbal occurred on March 4, 2021 as informed to me by Patil. In order to remind myself about the exact conversation that I had with ACP Patil, I messaged ACP Patil on March 16, 2021,” Singh wrote, as he went on to quote the WhatsApp exchanges between him and ACP Patil.

Singh said both Vaze and Patil had approached after the instructions from the Home Minister and told him “about their predicaments”.

In the incriminating letter, Mumbai’s former CP also accused the State Home Minister of interfering in the official duties of police officers.

“The Home Minister has as a regular practice been repeatedly calling my officers and giving them instructions in respect of the course to be followed by them in performance of their official duties. The Home Minister has been calling my officers at his official residence bypassing me and other superior officers of the police department to whom those respective police officers report to”.

“The Home Minster has been instructing them to carry out official assignments and collection schemes including financial transactions as per his instructions based on his expectations and targets to collect money. These corrupt malpractices have been brought to my notice by my officers,” the former CP alleged.

Alluding to the suicide by seven-time Dadra Nagar Haveli MP Mohan S Delkar in a hotel along Marine Drive on February 22, the former CP said, “My professional view after seeking appropriate legal advice was that while the suicide had occurred in Mumbai, all the alleged acts of abetment had taken place in Dadra & Nagar Haveli. Thus, the abetment of suicide, if any, was required to be investigated by the police at Dadra & Nagar Haveli who would have jurisdiction in that regard.”

Singh said while he held to his professional view as advised by legal experts, the Home Minister “kept insisting otherwise despite having been informed by me about the opinion of legal experts on this issue”.

Singh said, “Despite being fully aware of the opinion of the legal experts, the general opinion and the reasons behind it”, the State Home Minister announced the setting up of a Special Investigation Team (SIT) and registration of an FIR into the alleged case of abetment of suicide by Delkar, on the floor of the Maharashtra Assembly on March 9.

Contesting the claim by the Minister that he had been transferred because of serious lapses in the investigations into the recovery of explosive laden SUV near Mukesh Ambani’s residence on February 25, the former CP wrote, “In these circumstances, the assertions of the Home Minister to the effect that my transfer is not for administrative or routine reasons, I have conducted serious lapses and the serious lapses in the investigation committed by me are unpardonable are all statements contrary to the record and seem to be for extraneous and vindictive reasons.”