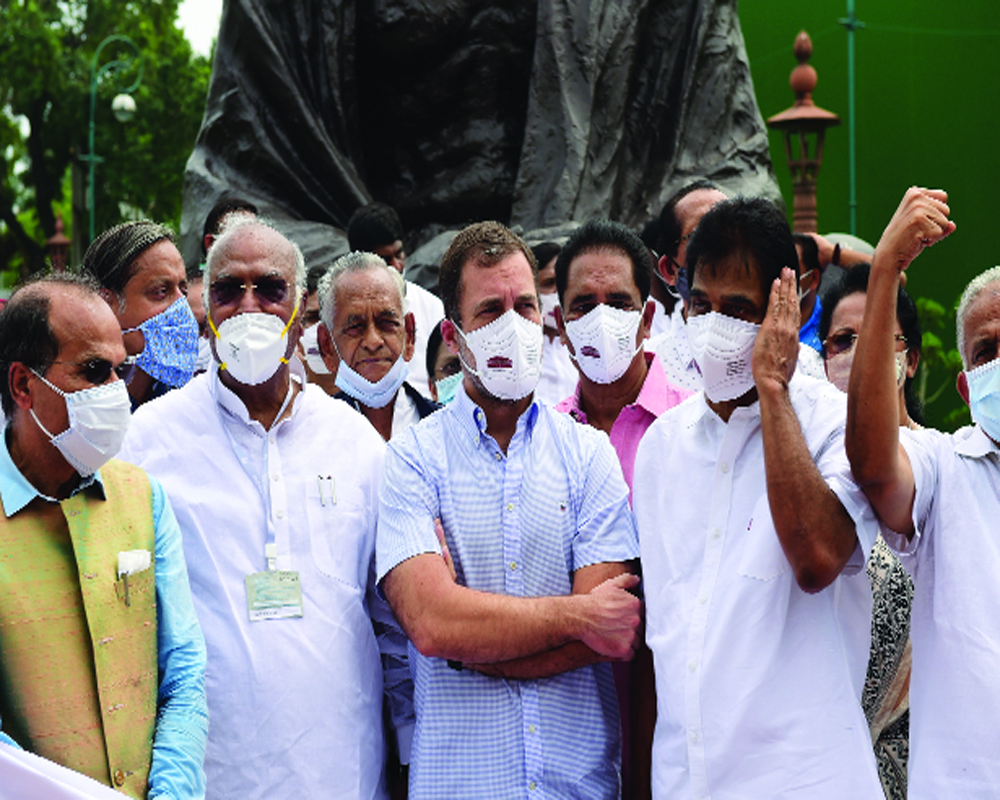 Amid continuous mud-slinging against each other by the BJP and the Congress  over the Pegasus spyware phone-tapping controversy, former Congress president Rahul Gandhi on Friday sought a judicial enquiry, claiming he is not a potential target but “every single phone of his is definitely tapped”. The BJP hit back and dared the Congress leader to submit his phone for investigation if he believed it was tapped.

Addressing the media outside the Parliament complex, Rahul said, “I get phone calls from IB [Intelligence Bureau] people who tap my phone. They call me up and say beware we are tapping you. My security people tell me that they have to debrief what I say to their seniors.”

Rahul quipped that only those who are “thieves or corrupt will get scared of Narendra Modi”.

“Pegasus is classified by the Israeli State as a weapon and that weapon is supposed to be used against terrorists. The Prime Minister and the Home Minister have used this weapon against the Indian State,” he said.

Talking about his phone being tapped, he said it was not just about the breach of his privacy but an attack on the people whose voices he raises.

He claimed the Government used the spyware against the Supreme Court as well as the former Central Bureau of Investigation (CBI) Director (Alok Verma) when a case was about to be registered in the Rafale deal.

“I have said very clearly that there has been gross theft in Rafale. For whatever reason, none of you people supported me. But truth has a way of coming out. There is an inquiry in France and the Prime Minister himself is responsible for corruption in Rafale,” he said.

“The real question is why on the last minute when the CBI Director was about to file an FIR, why was his phone tapped and why was he blackmailed? And who did it? That’s the real question,” said Rahul Gandhi.

Meanwhile, BJP’s National spokesperson and former I & B Minister Rajyavardhan Rathore told newspersons that Rahul  should submit his phone to probe agency, and investigation will take place as per the Indian Penal Code (IPC).

The Congress cannot accept the country’s development and has been stalling Parliament’s functioning often on one pretext or another, he alleged.

Rathore said the Congress was determined to stall Parliament for one reason or another after being rejected twice by people in Lok Sabha polls of 2014 and 2019.