No relief for SRK’s son, to be in NCB custody till Thur

No relief for SRK’s son, to be in NCB custody till Thur 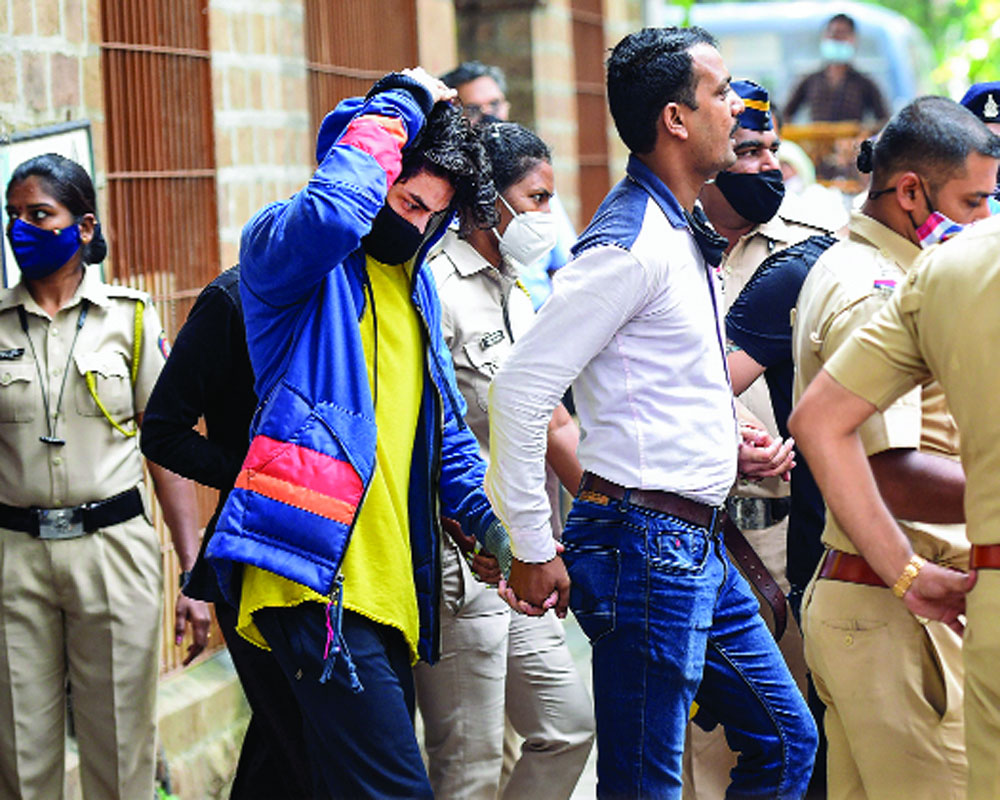 Bollywood superstar Shah Rukh Khan’s eldest son Aryan Khan and two other accused in the much-discussed mid-sea drug case will have to spend three more days in the custody of Narcotics Control Bureau (NCB) as a city court on Monday extended their custody.

A day after the anti-federal drug agency arrested him and seven others and seized cocaine and other synthetic drugs from Goa-bound luxury cruise ship, Aryan and two others — Arbaaz Seth Merchantt and Munmun Dhamecha — were produced before Additional Chief Metropolitan Magistrate RM Nerlikar, who sent them in NCB’s custody till October 7.

Aryan’s parents Shah Rukh and Gauri Khan were not present in the court when the bail plea of their son was heard.