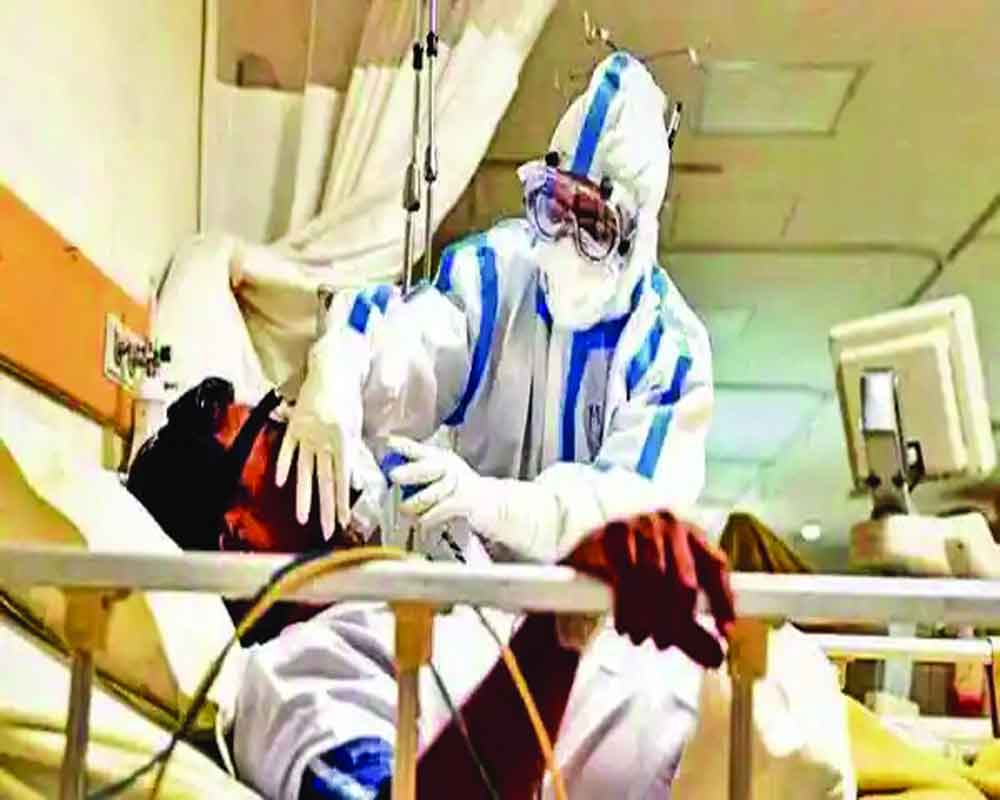 3 of a family die of Covid, 4th afflicted with mucormycosis

Kumar, 56, a resident of Delhi who lost three of his family members, to Covid-19 complications, had barely completed the last rites of his wife when he experienced pain in his abdomen and visited a city hospital. To his shock, he was diagnosed with mucormycosis (black fungus) of small intestine, a rare form of such infection.

Till now it was understood that misuse of steroids in Covid patients leads to black fungus infection in eyes, nose and brain, but doctors of Delhi’s Sri Ganga Ram Hospital said they have stumbled on a rarest case in which they found black fungus in small intestine of a patient who was not administered steroids after getting infected with the virus. Mucormycosis of the small intestine is a serious but rare fungal infection caused by a group of molds called mucormycetes. The disease has been found in Covid-19 patients who were given steroids for a long time and those who have been taking medication for other illnesses as well.

Dr Ushast Dhir, senior consultant in department of Surgical Gastroenterology and Liver Transplantation, Sri Ganga Ram, said Kumar was tested positive for Covid, along with his wife and had mild Covid symptoms initially.

“Ulceration of jejunam (first part of small intestine) in the patient raised my suspicion of fungal disease and immediately anti-fungal treatment was started. We sent the portion of the removed intestine for biopsy and it confirmed our worst fear of mucormycosis of the small intestine,” he said.

Dr Piyush Ranjan, senior consultant of Medical Gastroenterology of Ganga Ram, is treating a similar case. Patient Ijaz, a 68-year-old resident of Delhi, was a diabetic and received steroids during the Covid treatment, he said.

Talking about the case, Dr Dhir said both these patients had similar intra-operative findings where first part of small intestine (jejunum) had outpouchings called diverticula and these diverticula had perforated along with surrounding ulceration.

He said what makes it rare is that both the patients were diabetic and Covid positive and one of them did not take steroids that are said to be one of the reasons for the disease. Importantly, no record of fungus found in the eye, nose and brain but only the intestine.

The patients had mild symptoms that could have been ignored. To detect fungus in the intestine, early city scans are very compulsory, he said.