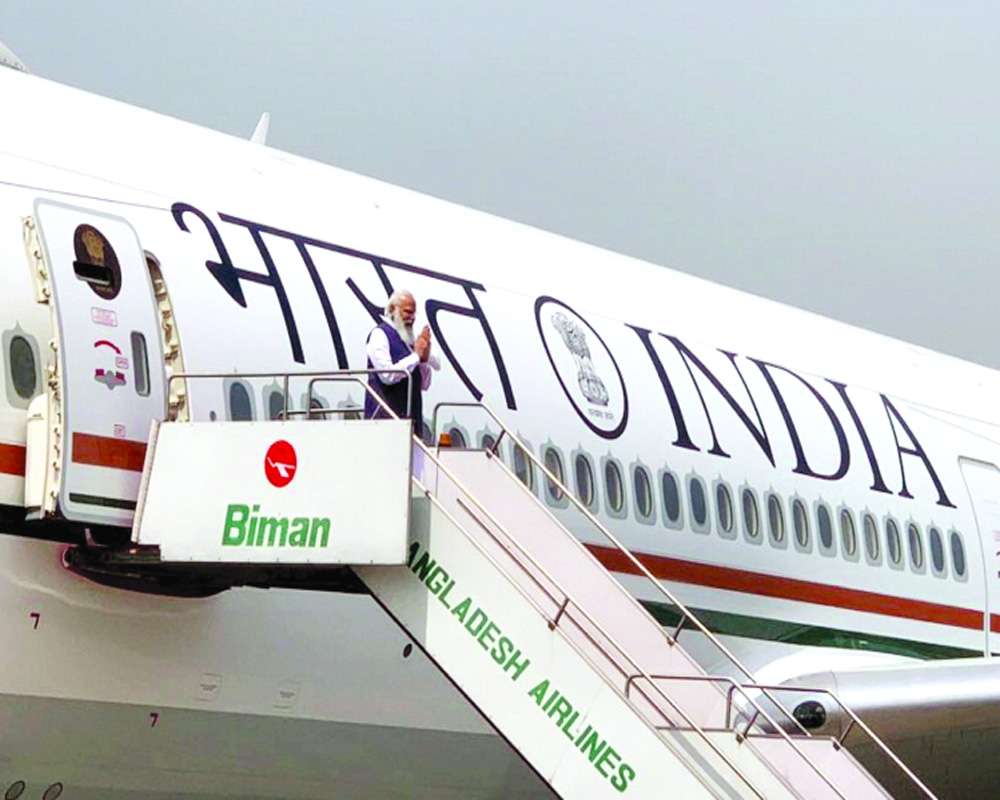 Prime Minister Narendra Modi on Friday for the first time boarded the Air India One aircraft to fly to Bangladesh. The newly-inducted custom-made Boeing 777 aircraft has been acquired to facilitate VVIP movements within India and on state visits abroad.

The B777 aircraft, which has registration number VT-ALW, was delivered by Boeing to the Indian Government in October last year. President Ram Nath Kovind inaugurated Air India One when he boarded the B777 aircraft on its inaugural flight to Chennai in November 2020.

The aircraft, which has call sign AI1 or Air India One, departed from Delhi around 8 am and landed at the Dhaka airport around 10.30 am on Friday, officials said.

Another custom-made B777 aircraft, with registration number VT-ALV, was also delivered by the American aircraft giant to the Indian Government in October last year. Both of them will be on par with the US President’s Air Force One in terms of security measures.

The planes are to fly only President, Vice President and Prime Minister. These two aircraft were part of Air India’s commercial fleet for a few months in 2018 before they were sent back to Boeing for retrofitting for VVIP travel.