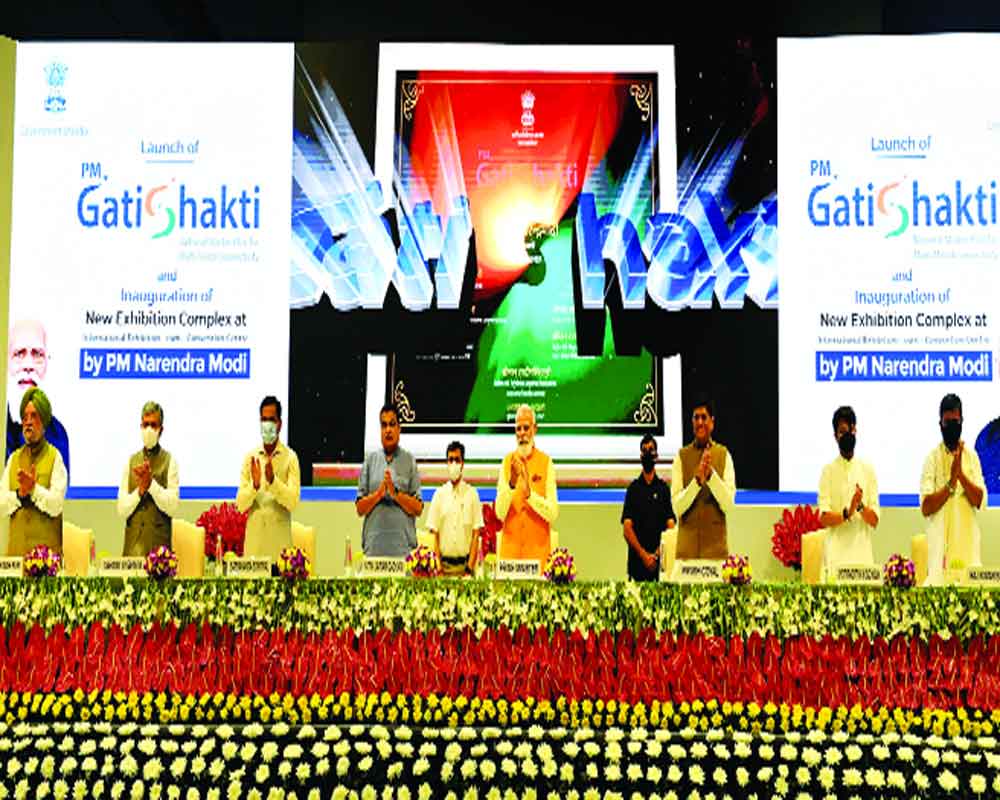 The plan targets to cut logistic costs, increase cargo handling capacity and reduce the turnaround time, Modi said, adding it would lend more power and speed to projects by connecting all concerned departments on one platform. The infrastructure schemes of various Ministries and States will be designed and executed with a common vision.

Modi said taxpayers’ money in the past was “insulted” through a lethargic approach to development work, with departments working in silos and there was no coordination on projects. Development, he said, is not possible without quality infrastructure and the Government has now resolved to develop it in a holistic manner. Gati Shakti joins different departments for the coordinated development of projects from road to railways, aviation to agriculture, the PM said.

Stating that high logistics cost in India at 13 per cent of GDP was impacting competitiveness in exports, he said, adding that PM Gati Shakti is aimed at reducing logistic cost and turnaround time. This, he said, will give a boost to India as an investment destination. The PM said the speed and scale that India is witnessing under his government was never seen in the previous 70 years of Independence.

From 250-km of metro in 2015, the metro rail network has expanded to 700-km and work is on another 1,000-km, he said, adding 1.5 lakh village panchayats have been connected with optic fibre network in last 7 years as compared to only 60 village panchayats in five years prior to 2014.

Vessel turnaround time at ports has been reduced from 41 to 27 hours and attempts are being made to reduce it further, he said, adding 4.25 lakh circuit km of power transmission line have been laid against 3 lakh circuit km in five years prior to 2014. Renewable energy has expanded the times, he said.

PM Gati Shakti plan involves the creation of a common umbrella platform through which infrastructure projects can be planned and implemented in an efficacious manner by way of coordination between various ministries/departments on a real-time basis.

Modi said over the years, the signage “work in progress” became the symbol of lack of trust.  Progress requires speed, eagerness and collective efforts and today’s 21st century India is leaving behind old systems and practices, he said.

“We have not only developed a work culture of completing the projects within the stipulated time frame but efforts are now being made to complete the projects ahead of time,” he added.