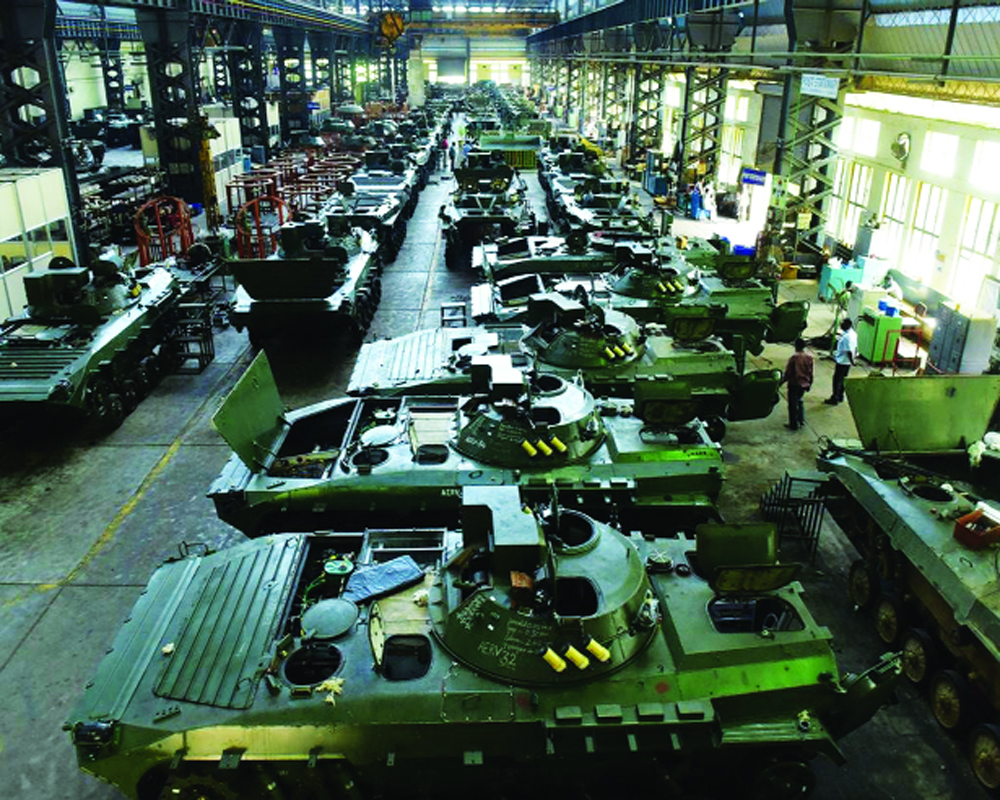 After undertaking a major reform by corporatising the ordnance factories, Prime Minister Narendra Modi said on Friday the objective is to propel India as the world’s biggest military on its own through self-reliance.

He also said there is more transparency, trust and technology-driven approach in India’s defence sector now than ever before and major reforms are taking place for the first time since Independence while discarding stagnant policies.

He made these assertions in a virtual address to dedicate seven new defence companies after reorganising the Ordnance Factory Board (OFB) on the occasion of Vijayadashmi.

The seven state-run companies were created after dissolving the over 200-year-old OFB. The assets of the OFB, including its 41 ordnance factories, were transferred to the seven new firms. The new companies started functioning from October 1.

Modi mentioned that the target should be that the companies not only establish expertise in their products but also become global brands. He urged that while competitive cost is India’s strength, quality and reliability should be its identity.

He said the world saw the strength of India’s ordnance factories at the time of World War I and that they used to have better resources and world-class skills, but the companies were ignored in the post-Independence period, leading to the country’s dependence on foreign supplies.

“After Independence, we needed to upgrade these factories, adopt new-age technology. But it was not given much attention. Over time, India became dependent on foreign countries for its strategic needs. These new seven defence companies will play a big role in bringing change in this situation,” he said.

The Prime Minister said these seven defence companies will play a major role in changing this situation.  He hoped that the new companies would play an important role in import substitution. An order book of more than Rs 65,000 crore reflects the increasing confidence of the country in these companies, he added.

Noting that the decision on reform of the OFB was pending for the last 15-20 years, Modi said works stuck for decades are being completed and India is taking new resolutions to build a new future.

Stressing the need for research and innovation for growth and brand value, the Prime Minister urged the seven companies that research should be part of their work culture.

Modi said the Government has given full functional autonomy along with giving a better production environment to all the companies.  He also said the interests of the workers of these factories are fully protected.

Modi also paid tributes to Dr APJ Abdul Kalam and said he dedicated his life to the cause of a strong nation and said restructuring of Ordnance Factories and creation of seven companies will give strength to his dream of strong India. New Defence companies are a part of the various resolutions which the nation is pursuing to build a new future for the country during this Amrit Kaal of India’s independence, he added.

He said this decision will provide autonomy to these companies and improve accountability and efficiency in the functioning of 41 factories under them.

He exuded confidence that the new structure will help in overcoming various shortcomings in the existing system of OFB and provide these companies incentive to become competitive and exploring new opportunities in the market including exports.

Allaying the apprehensions of the employees of the factories, the Defence Minister reiterated the Government’s commitment towards protecting the interests of OFB employees.  There are more that 80,000 employees.

Rajnath said all employees of OFB (Group A, B & C) belonging to production units will be transferred to corporate entities on deemed deputation for a period of two years without any change in their service conditions as Central Government employees.