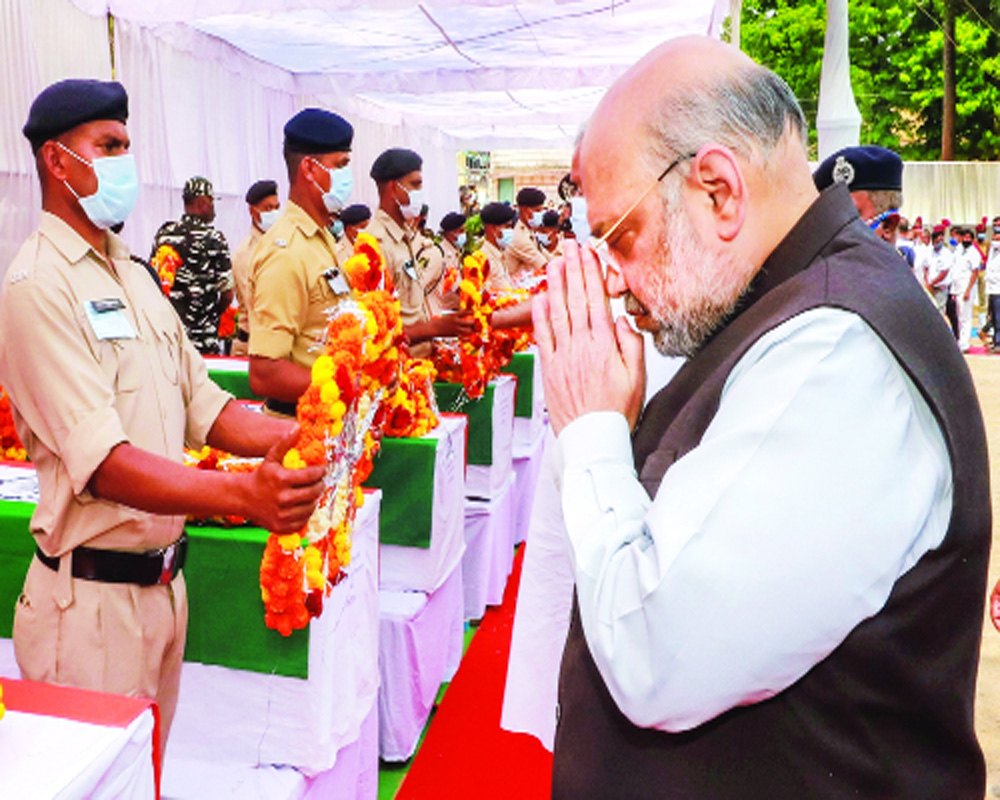 Union Home Minister Amit Shah presided over a key meeting with Chhattisgarh Chief Minister Bhupesh Baghel and top security officials on Monday and revisited strategies to eliminate armed Naxals who are orchestrating a series of deadly attacks on troopers in jungles of tribal-dominated sprawling Bastar.

Shah landed in Jagdalpur, headquarters of restive Bastar division, on Monday morning and then held security review scenario in wake of a deadly Maoist attack at a remote hilly patch on 1,000-plus securitymen contingent in Bijapur.

The brutal killings of 22 jawans have created a widespread anger in the country and clamour has grown in Chhattisgarh that Central Government must go in for a decisive operation against the Maoists who are attempting to run a de facto Government in deep forests of Bastar division since late 1980s.

Sources say that Shah and Baghel were of the view that time has come to smoke Naxals out from their forested hideouts. “Now, we have decided to set up more camps in their (Maoists) bastions and launch regular search and combing operations, now people will see the results soon, Maoists will be eliminated, their days are numbered,’’ remarked a senior Chhattisgarh police officer who was in the meeting.

He added that the Central and the State Government would spend more funds to develop road infrastructure and other facilities in deep jungles of Bastar including Bijapur and Sukma to allow forces to reach to Maoists hideouts easily.

Shah visited a CRPF camp at Bijapur’s Basaguda with Baghel where he interacted freely with jawans and assured them that the Indian Government was determined to put an end to Maoist militancy forever. Security personnel at the camp informed Shah that forces have been regularly combing jungle areas which were early described as ‘no-go-area’ and Maoists are now carrying out attacks only to save some of their last citadels.

Shah also laid wreath on mortal remains of martyred jawans at Jagdalpur police line and later met injured cops at private hospitals in Raipur with a clear message that India would never tolerate such attack.