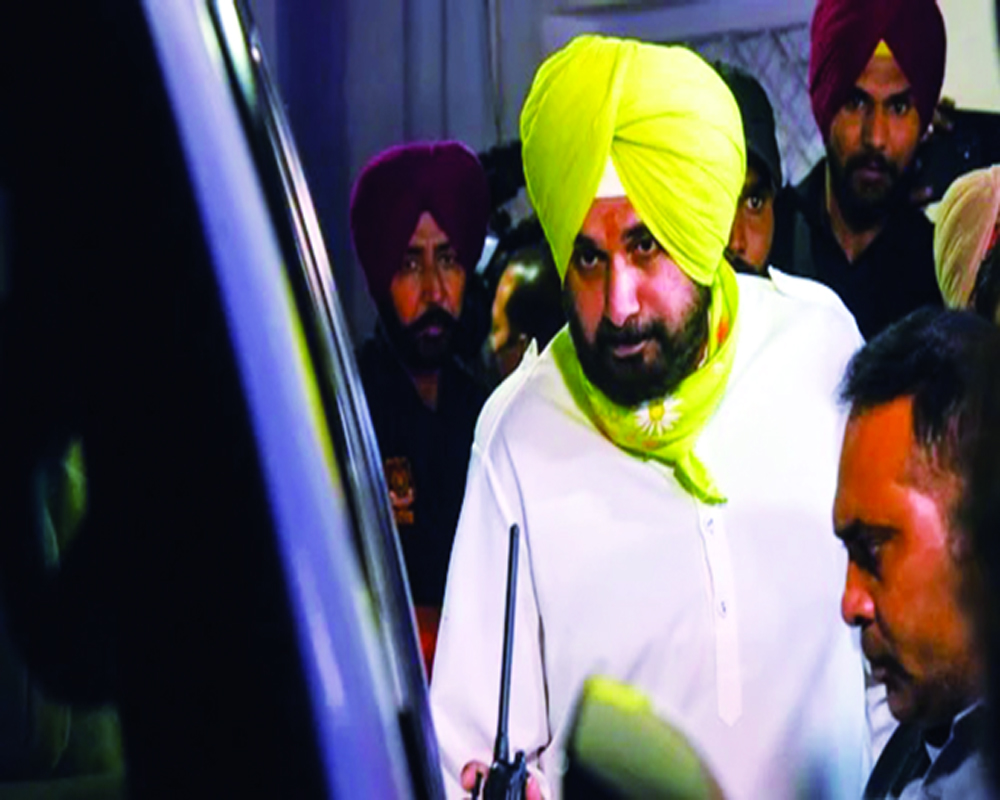 A day after Congress chief Sonia Gandhi urged the party leaders in a Congress Working Committee (CWC) meeting to not use the media route to reach her, cricketer-turned-politician Navjot Singh Sidhu on Sunday asked for an audience with her to press for a 13-point agenda, while emphasising that this was “Punjab’s last chance for resurrection and redemption”.

In another important development, Chief Minister Charanjit Singh Channi on Sunday evening held a meeting with Sidhu, who has been upset over several key appointments in the State Government. The meeting came days after Sidhu and Channi had separate meetings with the party high command, including Congress vice-president Rahul Gandhi.

The All India Congress Committee’s observer Harish Chaudhary, and Cabinet Minister and Punjab Congress general secretary Pargat Singh were also present in the meeting. The meeting was underway till late in the night.

Earlier in the day, Sidhu, shared his October 15 letter to Sonia on Twitter, highlighting issues the State Government “must deliver upon”. He sought a meeting with her to present his “Punjab Model”, the 13-point agenda, which can be included in the 2022 poll manifesto.

The letter assumes significance as it came days after Sidhu had a meeting with Congress’ national vice-president Rahul Gandhi and other senior party leaders in New Delhi, and on a day he met  Channi in Chandigarh.

It also assumes significance as ambiguity prevails over Sidhu’s resignation on September 28 over the key appointments in the Channi-led State Government, including that of State Advocate-General and the State police chief. While the State party affairs general-secretary in-charge Harish Rawat has maintained that the high command received no resignation, Sidhu went public to declare his resignation.

The letter also reminded Sonia of the party’s 18-point agenda “given to the last Chief Minister” of Punjab saying that those were “equally relevant today”.

“Today, I write to your esteemed self with priority areas among the 18-point agenda of the 2017 campaign and the manifesto promises which the State Government must deliver upon,” he said in the letter.

“After multiple deliberations and consultations with party workers from across Punjab and with deep understanding of the public sentiment over 17 years of public life, I express with a lot of pain in my heart that this is Punjab’s last chance for resurrection and redemption.

The issues at Punjab’s heart as understood very well by you, and signified by the 18-point agenda given to the last Chief Minister are equally relevant today. I stood for each point in that agenda through the responsibility vested in me of the organisation, keeping the executive under check, to be guardian of Punjab’s rights,” he said.

Describing the “13-point agenda” as separate from the manifesto by “means of its long-term vision to be implemented over a longer period, crafted through years of consultations with academics, civil society, party workers and feedback from the people of Punjab”, Sidhu listed out that the people of Punjab demand justice for the 2015 police firing at Kotkapura and Behbal Kalan in Faridkot following the desecration of the Guru Granth Sahib during the previous SAD-BJP regime.

On the drugs issue, the Punjab Congress chief said the “big fish, mentioned in the STF report, must be immediately arrested and given exemplary punishment”. He also maintained that the State Government must reject the Centre’s “three black farm laws” “by announcing that they will not be implemented in Punjab at any cost”

Sidhu also pointed that the State Government must release a white paper on power purchase agreements (PPAs), and cancellation of “all faulty PPAs as promised by us”.

“Thus, I request you kindly consider these points and give your august direction to the State Government to act in the best interests of the people of Punjab immediately,” he wrote.

In the letter, Sidhu sought a meeting with Sonia to present to her a “Punjab Model with a 13-Point Agenda to be part of the Congress manifesto for the 2022 Assembly Elections”.