Vaishno Devi tourism on back foot

Vaishno Devi tourism on back foot 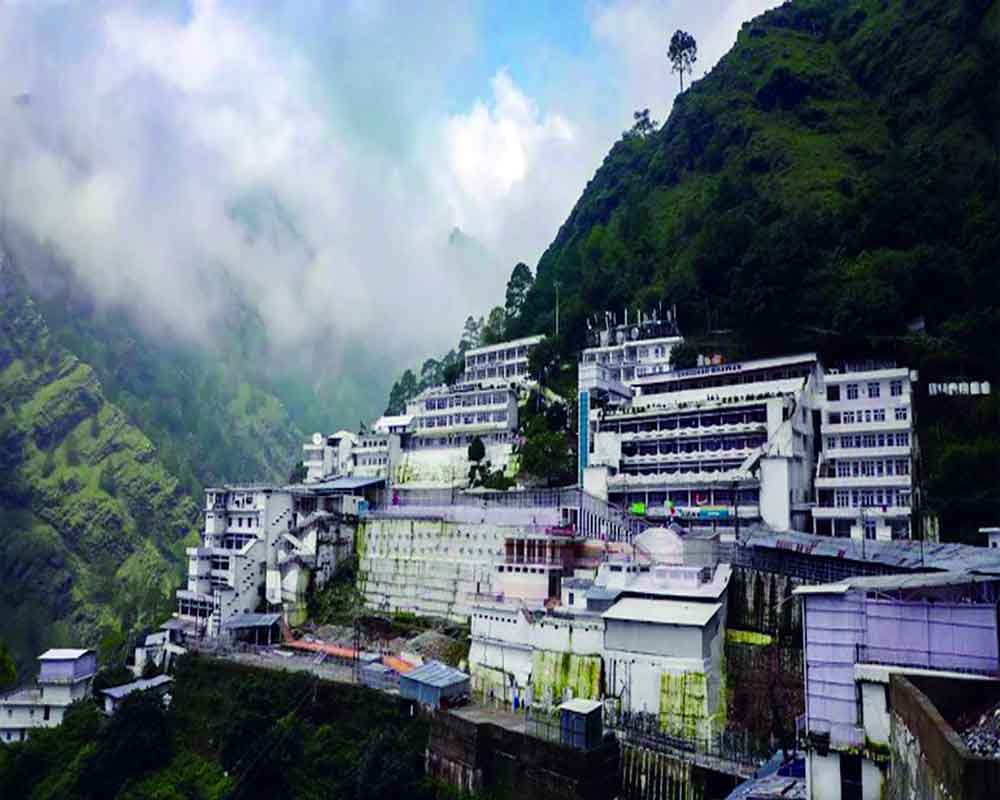 Amid worsening Covid-19 situation across different parts of India, the pilgrim traffic to the Cave Shrine of Mata Vaishno Devi, nestled in the Trikuta hills, has sharply nosedived.

Incidentally, last year the Government suspended the yatra for a period of five months.

After the lockdown restrictions were imposed across several north Indian cities, around 1,000 pilgrims have been reaching the Katra base camp to perform the yatra.

Speaking to The Pioneer, a senior Mata Vaishno Devi Shrine Board officer said, “At present there are no plans to suspend the yatra. The final decision is taken by the UT administration.”

The official said they were not receiving more than 1,000 pilgrims for the last couple of days. Each pilgrim is subjected to Covid-19 screening at the Katra railway stations, Banganga or at the yatra ticket counter.

He said emphasis is on maintaining social distancing and general hygiene of public toilets and other common spaces along the yatra route by using hand sanitisers and wearing masks.

According to official sources, less than one lakh pilgrims completed the yatra during the nine-day long Navratra between April 13 and 21.

In the past, over 3 lakh pilgrims used to perform special prayers during the Navrata averaging 40,000 daily footfall.

According to the yatra statistics available on the website of Shri Mata Vaishno Devi Shrine Board, a little over 5,000 pilgrims performed darshan inside the sanctum sanctorum on April 21. The numbers have declined further in the last couple of days.

The local businessmen, tour operators and hoteliers in Katra are once again staring at an uncertain future in the absence of pilgrim traffic. The local economy in Katra and tourist hotspots located in the close vicinity are solely dependent on the pilgrim traffic for earning their livelihood.

On the other hand, the Shri Amarnathji Shrine Board (SASB) has also temporarily suspended online registration of yatra scheduled to begin from June 28.

The board authorities are closely monitoring the situation before taking a final decision.

Last year, the yatra was suspended. On the special request of the Shri board the national broadcaster had organised a live broadcast of the special prayers from inside the cave shrine for devotees who could not physically visit the shrine.

This year the UT administration was anticipating participation of around 6 lakh pilgrims during the Amarnath yatra.

The chairman of the Shri Amarnathji Shrine Board, LG Manoj Sinha, had also extended invitations to Akhada Parishads, Acharya Parishads to participate in the yatra along with their disciples. The authorities were making preparations to create better accommodation, toilet and resting facilities for pilgrims along the yatra route between Lakhanpur to  yatra base camps at Baltal and Pahalgam.