‘I was excited to play a different role’

‘I was excited to play a different role’ 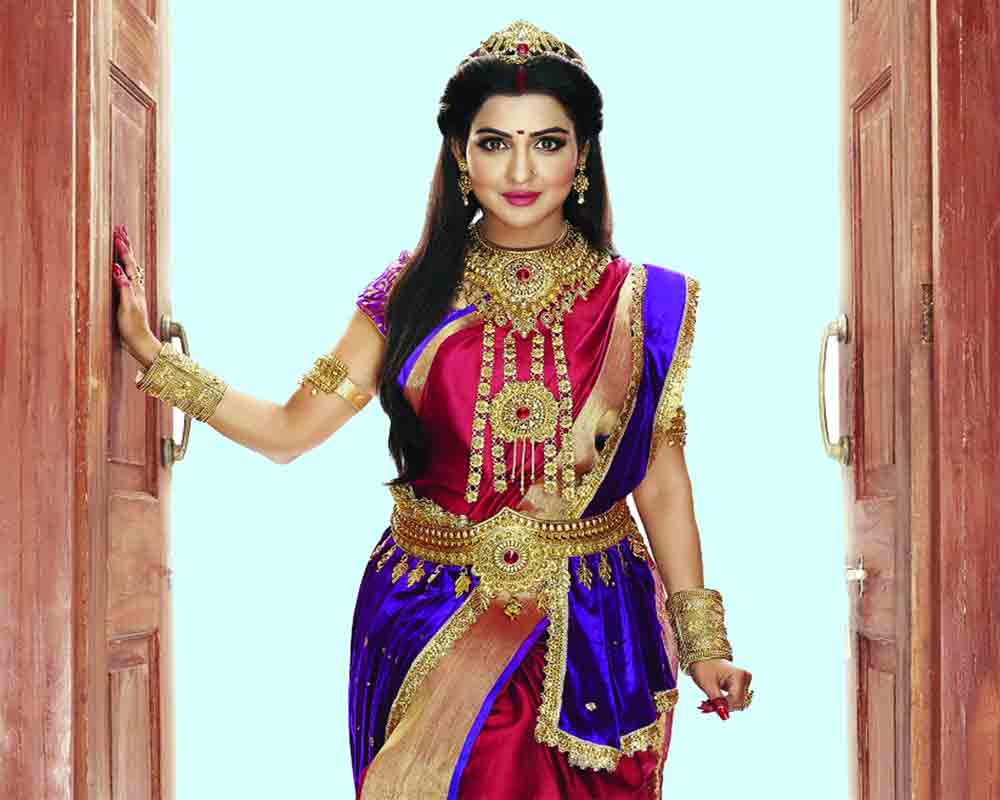 CHHAVI PANDEY who is playing Goddess Lakshmi in SAB TV's Shubh Laabh, talks to SUPRIYA RAMESH about her experience of taking up a new role and the challenges which came along

What is Shubh Laabh about?

The show has a very different concept, it is not a micro show or a normal daily soap. People would be able to relate to the show so much as it is made keeping in mind the daily hustle of life. I am playing the role of Goddess Lakshmi and my role will not just be to guide the main character Savita (Geetanjali Tikekar) but our Indian audience too. The show is full of messages for people. An example would be that through this we will  tell people that God is not responsible for the good and the bad in our lives, it is our deeds. A lot of people would be able to connect themselves with this show, it might be for their betterment as people would be able to see things positively.

It is a very positive role to play. There have been instances in my life when things have actually worked out in my favour and I think it is only because of my belief in God who listened to my prayers. And I have always been very grateful for everything in life. So, I could relate to the show myself. Being an actress, I have played different characters on TV. This was the first time I was very excited to play something really different. Another reason is that I love SAB TV shows, which I feel are very light and have good concepts and I haven’t done anything of that sort till now. So, I was pretty excited and on top of that the producers are very humble and positive people to work with. It is always good to say yes to something different.

How different is your role from the previous serials?

This one is quite challenging. Portraying a character on screen whom you haven’t seen or met in real life is tough because we don’t know their true self. We don’t know what their behaviour is or how they walk or talk. So, I have to go through my script again and again, I read it several times so that I am able to get myself into that state where I can feel it.

You are a professional singer and have learnt Kathak. How did acting happen?

Once I performed in a reality show and Sonali Bendre suggested to me that I should try my hands at acting. But it was quite a task to convince my dad for the same and on the other hand my mother has always supported me through it. She is my pillar.

In the trailer, you are seen wearing EarPods. Does that mean you are a modern-day Goddess?

It is just an element we have added to the show because samay ke saath parivartan zaroori hai. You can say that we have used it to denote that God is listening to everything. Nowadays, people are well equipped with technology and this was one way we could also relate it to God.

This is the second time that you will be acting as a Goddess for a serial. How tough or easy was it for you to adapt to a role of a different Goddess?

I have played Parvati before in Namah, which was a completely mythological show. Both the characters are equally difficult and took the same efforts and hardwork to portray on screen. There are some characters for which you don’t have to practice very hard because you have seen them in real life and have experienced something or the other but playing as someone you have never seen becomes little challenging as you have to set your mind in such a way that you can feel the character and act accordingly, which takes a lot of time and practice.

How different was it to shoot in a pandemic?

Shooting in a pandemic is quite a task as things are not running as smoothly as they used to. People have been reduced in the unit due to safety protocols. Before, shooting was much more than just shooting. Now, we do have fun but we don’t feel free because somewhere back in our minds we all fear the virus.