‘It is a saas-bahu saga with a pinch of tadka’

‘It is a saas-bahu saga with a pinch of tadka’ 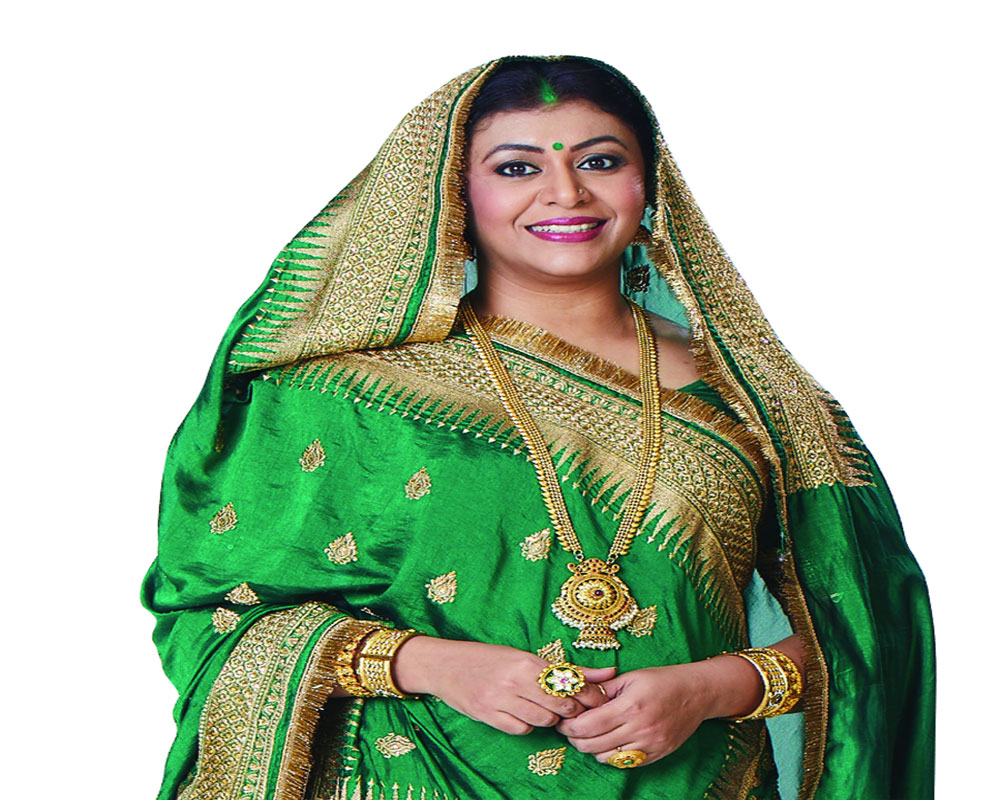 KASHISH DUGGAL, who plays Pushpi/Jwala in Azaad TV’s Hari Mirch Lal Mirch, speaks with SHALINI SAKSENA about her role in the show and the challenges that came up

What is Hari Mirch Lal Mirch (HMLM) about?

The show—Hari Mirch Lal Mirch-Ek Teekhi Ek Karaari is a drama show that has plenty of comedy. In other words,it is a dramedy—drama with comedy. This is the first of its kind genre on Azaad — a saas-bahu saga with a tadka.

How did you come on board for the show?

It wasn't as easy as it may seem to be. I auditioned for it in February this year during COVID lockdown. I practiced on my own and signed the show in April end. My journey from my self-tests to finally shooting for the show is in itself a story to tell.

What attracted you to play Pushpi?

I relate to this character fully. Pushpi is a very loving mother; she is a dotting wife and an adarsh bahu. The kind of bahu that every family would like to have. I personally resonate with Pushpi. Just like for Pushpi, her family is her world, the same holds true to me as well. I am a homebody. I love my family. Once the shoot is over, I love to go back to my family and spend time with them. It is always easy to play roles with whom you identify with even if it comes with a few challenges to begin with.

Were there many challenges?

Yes, at the initial stage. Those who are following the show will know that Pushpi lives a dual life. At home, she is an Adarsh bahu but the truth is that she is a cop – ACP Jwala. Nobody in her family knows this, just her husband. In fact, he is the one who encouraged her to follow her dream. Obviously, Jwala and Pushpi are totally opposite to each other. Pushpi has to maintain this façade at home. But at the workplace she is a tough cop. To essay two opposite personalities is fun but comes with riders.

How similar/dissimilar are you to Pushpi?

I am totally like Pushpi except for the cultural background. Like I mentioned earlier, I relate to her since we are so similar. What is totally alien to me is to play ACP Jwala. As a cop she has to be tough. I am a softy.

How did your acting journey begin?

It all began when I was just 11 years old. It was my destiny that I had to find myself in this industry. It has given me so much. I used to learn dancing. I am told that even as a child I was extremely creative and had an expressive face. I had not planned to be an actor. But now that I am here, I feel that there is no other job that I could have done but to act. This industry has given me so much – name, fame and money. I am grateful for the limelight that I have got.

Is there a character that you loved playing?

Definitely. In fact, there are two of them but both from the same show — Vanshika Banerjee and Kammo. It was a double role in Kissi Ki Nazar Na Lage. It was a daily soap on DD that was produced and directed by Raja Mukherjee.  I loved playing them both.

What have been the changes in the TV industry you have seen?

Technology is changing every day and so is our industry. There are pros and cons to every situation and change. There's more scope to work for all with new opportunities on OTT platforms and upcoming channels like Azaad. It gives a chance to more and more talent.  One thing that really happened for the good during the pandemic was the self-tests which did not require the actors to doll up to the offices and waste hours and hours in travelling and wasting money on fuel. On the other hand, the casting now depends on the number of followers one has on social platforms, which is the most disheartening. The most deserving and experienced people are left out on this basis.