‘Playing a double has not been cakewalk’

‘Playing a double has not been cakewalk’ 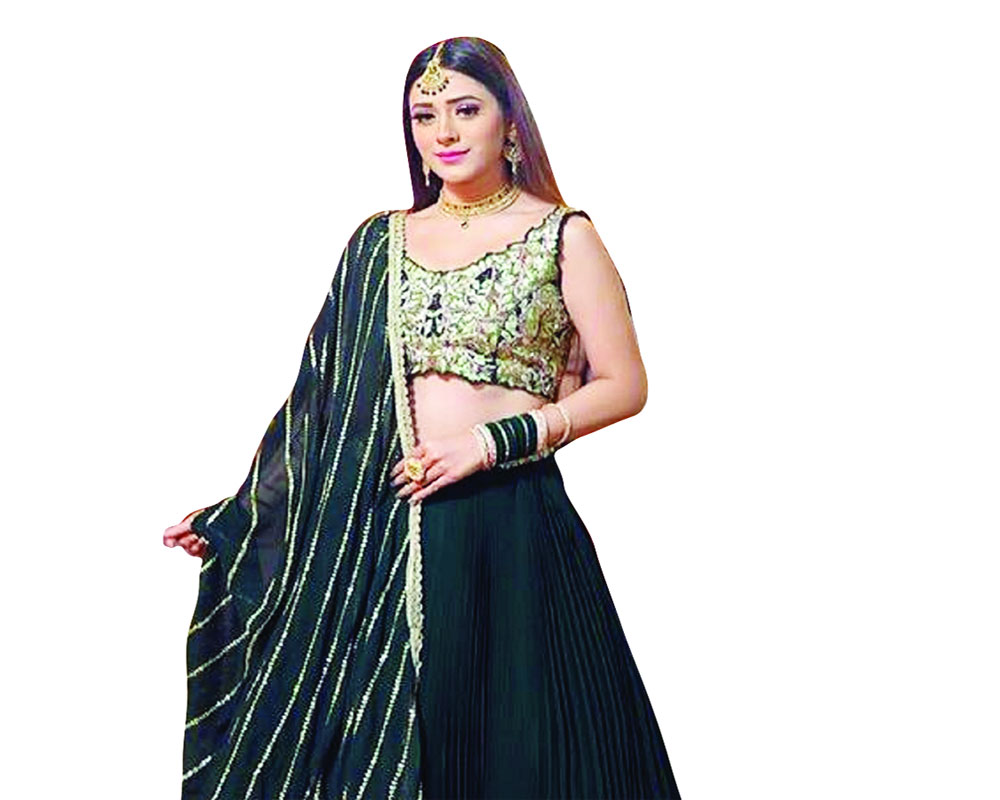 HIBA NAWAB, who plays a double role in SAB TV’s Jijaji Chhat Parr Koii Hai, speaks with SHALINI SAKSENA about her character and how she ended up doing three music videos

What is Jijaji Chhat Parr Koii Hai about?

Those who have not tuned in to the show need to understand that this has nothing to do with Jijaji Chhat Per Hain. This is a totally new and different series. Even my character is different. I don’t play Elaichi here. However, people who have started watching feel that my other character has some connection with Elaichi. This is far from true. But this is good for the show since there is an element of mystery.

I have a double role here. My living character is very different from the other role that I play – that of a ghost — Chandra Prabha (Chandni). We know that she is from a different era from the way she is dressed. My other role, that of Connaught Place aka CP Sharma, is bubbly, she belongs to Delhi, lives in Punjabi Bagh and helps her parents. They live in a building which is disputed. Each party wants the property in their name. CP Sharma’s aim besides wanting to get married because she is of marriageable age is to ensure that her parents get the property. But Chandni doesn’t want CP to get married. The why is the mystery here.

You play a double role. How is the experience?

There is so much to explore as an actor when you have a double role. Second, it is hectic as well. I have to switch roles at the drop of a hat. Chandni is a difficult role to play; I have to get all decked up — wear jewellery and lehenga. CP Sharma is a 21st Century girl. The contrast in costumes is huge. Another challenge is that both the characters need to act and look different.

What preparation did you do?

We had workshops before the shoot with the director. Hence, I was not worried about playing CP Sharma. It is a character that one comes across in real life. I have a lot of friends in Delhi. I had a lot of help from them to play Sharma’s role. To play Chandni was a challenge; she is a ghost and there is a mystery here. We practiced. We decided during the workshop that she would have a husky voice with no expressions on the face. But there is a twist; Chandni gets into the body of Sharma sometimes. Here, she has to act like Sharma but she is a ghost. This is tough to put across for the audience who has to understand that it is Chandni in the body of Sharma.

How did you come on board for Jijaji Chhat Per Hain?

I had worked with the makers of this show earlier as well. They liked my work back then. They asked me to audition for Elaichi. I agreed and they liked me. In the previous Edit II Production, Bhaag Bakool Bhaag my character was so different. I was not confident if I would fit the bill. But the makers really helped me throughout. I then realised that I wanted to explore different roles. I am glad I took up the role.

Why do you think the show gained popularity?

The casting for perfect. Also, their relationship that they have shown between the father and daughters was well fleshed out. The timing of airing the show was perfect too. The combination of Sony SAB and Edit II Production is amazing as well. This is one of my favourite shows.

How did you end up acting?

A friend of mine was working in TV as a child artist. It was summer vacation and I decided to try my hand as well. I shifted to Mumbai. I changed my school as well. But after some time, I wanted to go back home and quit acting. After four years, I saw a message on my father’s mobile. Back then, I didn’t have one. It was for an audition for Channel V. The good thing was that it was in Bareilly. I got selected and the rest is history.

You have done a couple of music videos as well. What made you say to them?

I was at an event. A person walked up to me and made an offer to me to do a music video. I agreed and ended up doing not two but three music videos.

Are auditions the way to choose an actor for a show since people may have an off day?

This has happened to me a few times. But auditions are the way forward because there are so many people auditioning for a single part. Yes, there is a lot of pressure on actors. For known actors, it is easy since their work is seen by people. But it can be a challenge for newcomers.